I’m thankful for many things in my life and one is that I don’t have small children. Don’t get me wrong, I don’t dislike kids – I just didn’t ever want any of my own. I had both my step sons graduate from college so, yes, I’ve made it (as of this writing) 44 years without ever having changed a diaper. There’s got to be some sort of plaque in my future, I’m guessing. That aside, if you do have school-age children, I’m assuming that you’re familiar with the Captain Underpants books. Author Dav Pilkey’s series has the ability to take dumb humor and do it in a smart manner. And that’s talent. While the central theme is filled with literal potty humor, it also emphasizes how good friends can rely on one another. And so, we have the first big screen movie which, most assuredly, captures the spirit of Pilkey’s books. Let’s dive in?

George (voiced by Kevin Hart) and his best friend Harold (voiced by Thomas Middleditch) enjoy several things. They pull pranks on teachers with the principal, Mr. Krupp (voiced by Ed Helms) being at the receiving end of most of them. Krupp, getting tired of this, threatens to place them in separate classrooms in an effort to discourage their behavior. The boys then decide to thwart this by hypnotizing Mr. Krupp to make him think that he’s Captain Underpants. The aforementioned “officer” is an underwear-clad superhero created from George and Harold’s own comic books. As is turns out, the Captain is needed to help thwart the plans of the new science teacher Professor Poopypants (voiced by Nick Kroll) as his master plan is to take away the children’s ability to laugh.

And, yeah, that’s about it. There’s not a lot of deep thought put into this movie and there shouldn’t be. Given the source material, I’m sure it delivers what it was supposed to. The voice talent does a fine job, notably Hart, at their respective roles. The movie is best taken at face value. And kids love jokes about farting, butts and everything else that us jaded adults have long since forgotten. It’s a great family film and though I still have no idea about some of the things I witnessed, I’m willing to say that I found myself giggling on more than one occasion.

Animation has and always will look good on most any home video format. And here we’re graced with a new to the format movie in the aforementioned visual style. What’s that mean? Happy kids? Sure, why not! Simply, there’s nothing to really dislike about the way this looks on Ultra HD. Colors pop, the animation looks amazing and I’m sure that the target audience (kids) wouldn’t really mind if it had edge enhancement, contrast issues or black crush. It has none of those, by the way. I don’t quite see the reasoning for releasing this to 4K when a Blu-ray would have more than sufficed, but for those that do appreciate the quality that this brings – here you go.

Even more puzzling is the different audio tracks on the different discs. The Ultra HD disc contains a pretty robust Dolby Atmos mix whereas the Blu-ray features a DTS HD Master Audio mix. Again, I don’t think even the most discerning kid will really care what it sounds like so long as they can hear the dialogue. But for the “connoisseur” in all of us, we do have these dual audio tracks on as many discs. There are a few instances in which the Atmos track pays off, but honestly I’d have rather their (Fox’s) efforts been put into a catalog title. No complaints here, but it’s a head-scratcher for sure.

Odds are if you’re reading this far down in the review, you either skipped to this section or you have a vested interest in this title. This movie has its audience, there’s no denying that. It’s a fairly decent film that, I have to believe, is faithful to the source material. Fox has done a great job with this, giving it enough supplements to warrant a purchase. I don’t know if a 4K version was needed, but it’s there if you want it. 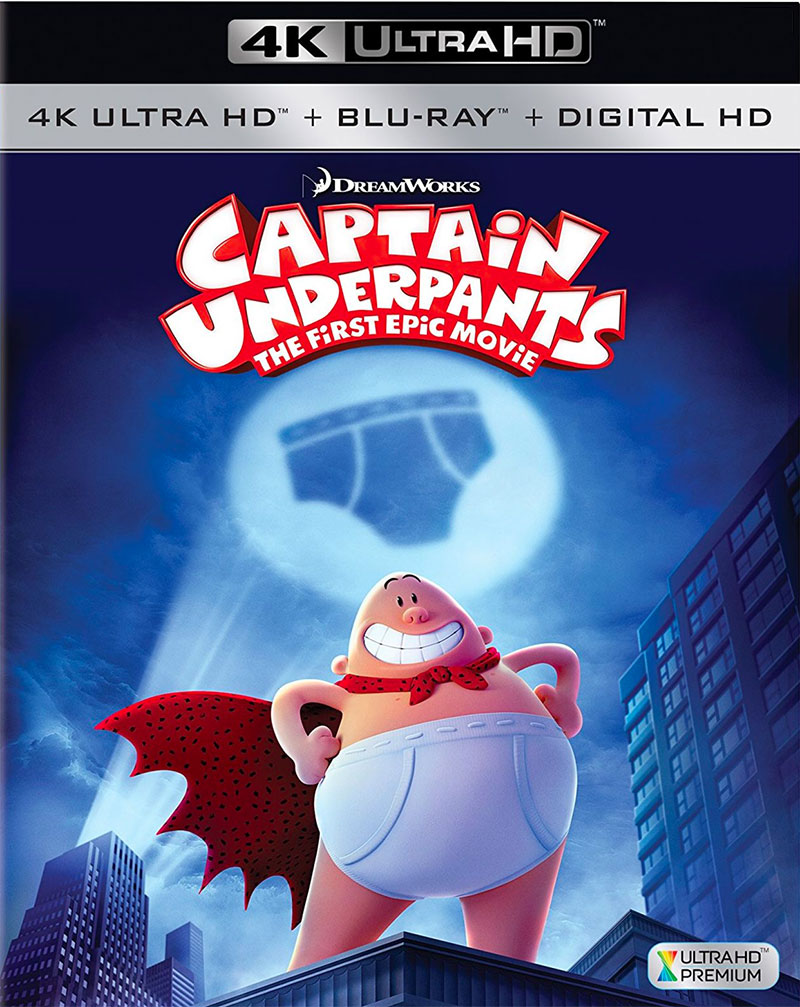