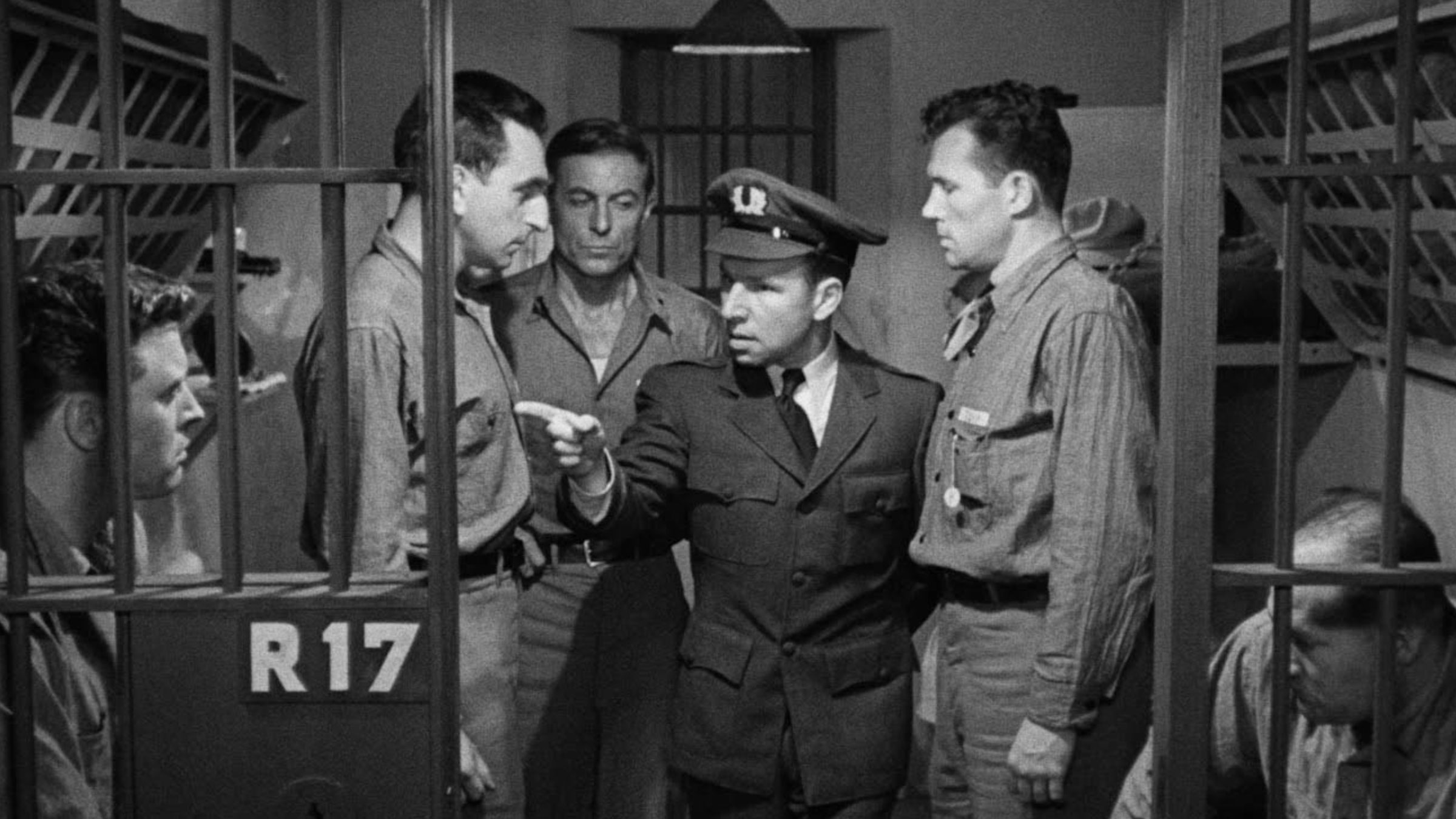 Inside the walls of this prison, the struggle for power is a constant, but not just on one side of the bars. Of course, the prisoners maneuver to gain power and survive within the harsh system. The inmates deal with each other, but also with the guards who keep them in line. If the brutality of other prisoners isn’t enough to drive these men to extremes, then the sadistic Captain Munsey (Hume Cronyn) and his crew will finish the task. At the same time, Munsey himself volleys to get control over the prison, both inside the walls outside, where bureaucrats decide what is allowable within. For one prisoner, Joe Collins (Burt Lancaster), the dream of escape is the only thing that keeps him alive. These dreams are just that however, as escape in Munsey’s prison is close to impossible, but the drive within Collins is immense. Even as others suggest more humane efforts, Munsey cracks down harder and harder on the inmates, using stool pigeons to extract information. As Collins and some other prisoners plot to make an escape attempt, will even the cruel Munsey be able to stop them?

In the world of prison films, few movies even come to the masterwork that is Brute Force. This is a prison film with a twist however, as this is also one of the greatest film noirs you’ll ever watch. The dark, grim realism found in Brute Force is incredible, matched by some grounded, memorable performances. Then again, with talent like Burt Lancaster, Hume Cronyn, and Yvonne De Carlo, and Charles Bickford involved, you know the performances will be excellent. Lancaster is superb in the lead, but is at his best when on screen with Cronyn, as the two play off each other quite well. The film’s atmosphere is classic film noir, dark and oppressive with little, if any kind of relief. The experience might not be a pleasant one, but it is a well crafted and impeccable motion picture. Dassin is able to work wonders here and create a film noir that ranks with the genre’s best.

The 1.37:1 AVC image is a vast improvement over the DVD. This isn’t the kind of movie that has slick or refined visuals however, so don’t expect a crisp, sleek presence. But that is good news, as that means the movie has been cleaned up, but the original visual design remains intact. I know we sometimes think any grain is bad grain, but that isn’t always true. There isn’t much in the way of grain or debris, but the gritty look the film needs is still around. A movie doesn’t always have to be crystal clear and pristine, Brute Force is one such movie. So a great effort from Criterion, as usual.

The same mono track found on the DVD is included here, which seems to be adequate, given the audio needs of this material. This movie makes no real demands for dynamic audio, so the mono effort here never slips much, though it isn’t too impressive either. But it is clean and crisp, with minimal age related flaws, so I can’t complain too much in the end. The music sounds good and the dialogue is smooth, so I think this track will please most viewers, if not all of them.

Brute Force was ahead of its time. It features some great performances. It’s a gritty film in its own right and Burt Lancaster’s performance is beyond reproach. This is an upgrade over the previously-released Criterion DVD with a new feature and improved video and audio.