“…And these children that you spit on as they try to change their worlds are immune to your consultations. They’re quite aware of what they’re going through…”

Three decades. Thirty years. That’s roughly 11,000 days. I know I’ve said this before but I’ll say it again – time flies.  When The Breakfast Club came out in theaters I was living, coincidentally enough, in Wheaton, IL (a suburb of Chicago). I was in seventh grade and while not quite the age of the characters in the film, I was able to relate (as were all teens) to what they were going through and what they were feeling. And that is the enduring appeal of this film. Hell, my step sons have both seen it multiple times and they can relate to it. If that’s not the epitome of a great film then I really don’t know what is. Switching gears to John Hughes – well the man was amazing. His movies defined the teen films of the 80’s and there’s got to be at least one that stands out as a favorite. For many it’s this one. I’m a fan of Ferris Bueller’s Day Off, Weird Science, Sixteen Candles and The Breakfast Club but Pretty in Pink never really did it for me. Throw in St. Elmos Fire while you’re at it – filmed the same year with three of the five cast members (playing college graduates instead of high school students) and that’ll just about do it.

Five students find themselves in the last place they want to be – at school on a Saturday. They’re there for different reasons: Brian (Anthony Michael Hall) was contemplating suicide and a flare gun was found in his locker. Claire (Molly Ringwald) skipped school to go shopping. John (Judd Nelson) pulled a fire alarm. And Allison (Ally Sheedy) really had nothing better to do. They’re met by the principal, Mr. Vernon (Paul Gleason) and are assigned to write an essay as to why they were put in detention. As the day progresses, fights ensue but, more to the point, these five seemingly different teens start to let down their guards and get to know one another. They find out that they’re really not that different. Even Mr. Vernon has an epiphany while talking to the school janitor (John Kapelos). And, by the end of the day, their lives are changed forever.

Filmed entirely in sequence, The Breakfast Club is the gold standard which all teen movies will be judged. It’s likely there will never be another film like it. It made stars of the cast that carried them through the 80’s and well into the 90’s. What’s so universally significant about the film is that the message is universal. Every single teen has issues – be it with their parents, friends or both. The movie was able to showcase that in a way that most weren’t able.  The message was simple and also relatable.  This is what John Hughes did best and why this bunch of films are still so admired even today.  I’m sure that anyone reading this review will have seen this film, but if not – by all means…do!  If ever there’s a movie that defines a generation then this has got to be on the short list. Highly recommended.

When Criterion releases a film on Blu-ray (or DVD), you’re getting the best possible picture that’s available. That’s a fact. More often than not, there is a new restoration done and supervised by key members of the film’s production. Universal released a thirtieth anniversary edition in 2015, however Criterion has done another 4K restoration for this Blu-ray. What immediately struck me was the absence of any dirt, debris or grain. It just looks like a movie that was made recently (outfits, aside). There’s a fine layer of grain that’s been present on every incarnation of the film, but it’s not distracting in the least. The 1.85:1 AVC HD image does sports an improvement over past versions. I’d venture to say that this is the best the film has ever looked on a home video format.

The original mono track is included as well as a DTS HD Master Audio mix. Don’t let the DTS HD Master Audio moniker fool you. While The Breakfast Club does sport a lossless soundtrack, it’s not one that’ll shake the room. Then again, having seen it time and again, we all know that. Certainly this soundtrack is one for the ages with “Don’t You Forget About Me” taking front and center (literally). Vocals are rich and crisp, we can hear every one liner uttered. Surrounds are surprisingly quiet and don’t offer a lot of action, but this has always been a front heavy soundtrack with only a few instances of dynamic audio. It’s a nice-sounding track, but not one that’ll test the limits of your system.

Three decades after its release, The Breakfast Club remains just as iconic today as it was in 1985. The values and messages contained within the film will continue to speak to generations of teens or those feeling an internal struggle. This was probably John Hughes’s most profound work and certainly an icon of 80’s teen cinema. This 30th edition Blu-ray expands on the previous issue by adding a trivia track and what I feel is a bit better transfer. It’s a draw if you want to “upgrade” to this version if you own the 25th anniversary edition – but this does belong on every shelf regardless. 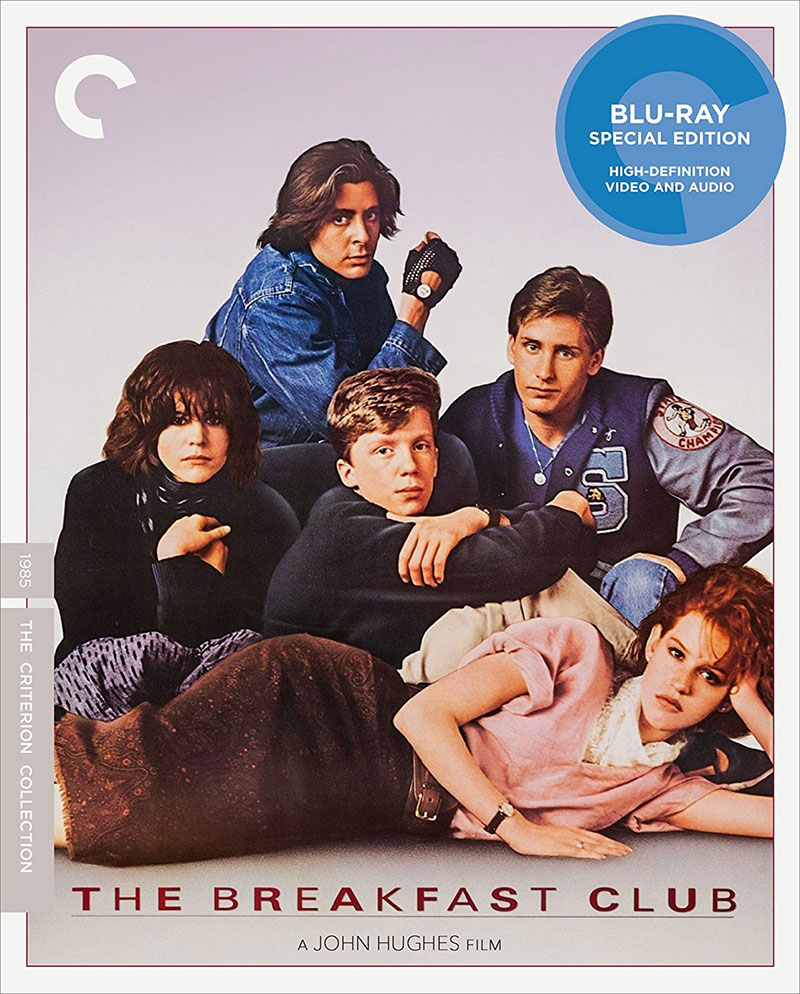