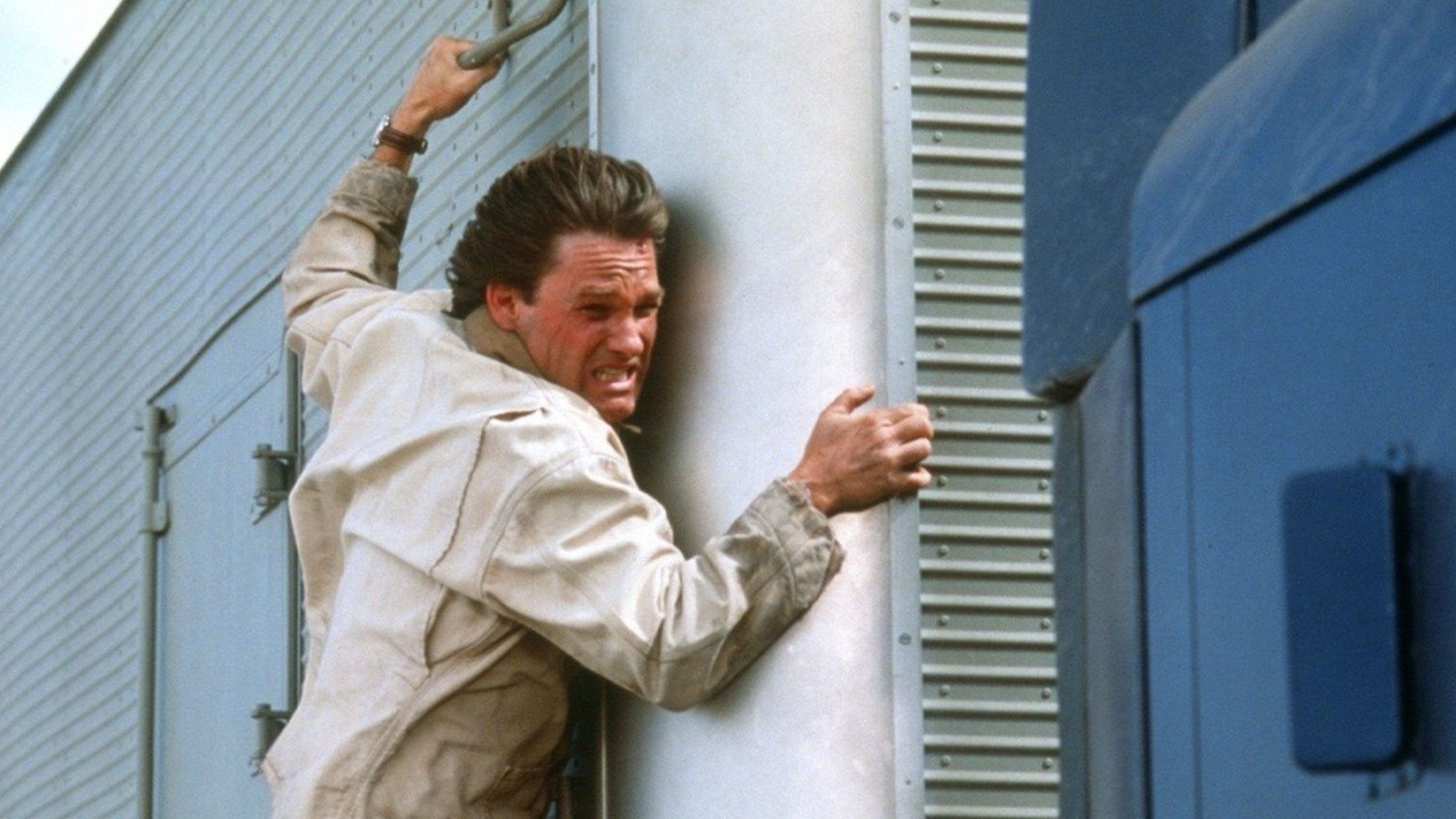 I remember reading a review quite some time ago, it might have been a review of this film, in which the author said that “…Kurt Russell is one of the most consistent actors out there…” And, when you think of it, it’s true. He might not have had the kind of career like Tom Cruise or Brad Pitt, but he’s been in the business for over half a century and he’s really got nothing left to prove. The 90’s, in my opinion, were his heyday. He had a string of critically and commercially successful films like Backdraft,  Unlawful Entry, Escape from L.A., Executive Decision, Stargate and Tombstone. All great in their respective genres. But it was with this 1997 film that Russell played the everyman and found himself in a predicament that none of us want to experience. First time director and writer Jonathan Mostow took an idea by Stephen King and the result was Breakdown.

Jeff (Kurt Russell) and Amy (Kathleen Quinlan) Taylor are looking to make a fresh start in life. They decide to pack up and move from Boston to San Diego. Somewhere along the way, their shiny new Jeep and out-of-state plates catch the eye of some local thugs and after a bit of harassment, Jeff and Amy find that their car has, you guessed it, broken down on the side of a desolate highway. A seemingly helpful trucker (J.T. Walsh) offers assistance and Amy heads to the local diner while Jeff guards the car. He eventually gets it going only to find that neither Amy nor the truck driver is at the diner. Jeff manages to find the police and the truck driver who pleads ignorance. Jeff now has to try and find his wife – the needle in the proverbial haystack.

There’s a more nefarious plot going on later on in the film, but I’ll leave that part out. It’s far more intense to discover it for oneself.

A scene in the film really spoke to me. Russell’s character is in a police station looking at a wall of missing people. The deputy explains how many people go missing a year. Just vanish. It’s not something we like to acknowledge, but it’s there. That aside, I’ve always found this movie interesting. It pits the common man against forces that we don’t really know exist. Director/Writer Jonathan Mostow was able to translate this from script to screen and though shades of The Vanishing are certainly there, Breakdown manages to find its own road and navigate it well. Nearly stealing the show was veteran character actor J.T. Walsh (this would be his final film), who plays a villain so convincingly evil, it’s scary to think there are people out there like him. If, by some chance, this one has eluded you then there’s no reason not to give it a try. It’s aged considerably well.

I remember seeing Breakdown in theaters and then once again on DVD a few years later. And…that’s about it. It’s been a while, but I remember always liking the movie. Paramount has given this film a new director-approved remaster from a new 4K film scan that gives the film a more modern appearance. I found the 2.39:1 AVC HD encode not without its problems, there are a lot that have some pretty severe grain, but nothing that distracted me. Colors pop, the southwest with the azure skies and desolate landscape serve to show how insignificant things really are. Contrast is strong as are black levels. There are some scenes that are crystal clear, but on the whole it’s a major step up from the standard DVD issued a long time ago.

The new DTS HD Master Audio mix has a few moments in which to shine. Namely a few car chase scenes, a few bullets whizzing by and the climatic scene involving a truck (I’ll say no more). But, by and large, this one lives in the front channel with dialogue taking front and center (pun aside). Vocals are strong and solid, J.T. Walsh’s deep, commanding voice seems to carry some extra weight. Surrounds are used effectively, but sparingly. There’s really nothing to complain about, it delivers the goods on multiple levels.

Paramount Presents has been good to a lot of films and this one is no exception. Included are all new features starting off with a commentary track by Kurt Russell and Jonathan Mostow!

Kurt Russell has been acting since the early 60’s, so there’s bound to be a film out there that suits your style. He’s been one of the most consistent actors out there and this, in my opinion, is one of his better efforts. If you’re looking for a Hitchcockian-esque thriller that won’t eat up several hours of your day – look no further. Paramount has done a bang up job on this one and their Paramount Presents line continues to impress. The addition of several new features, a remastered picture and a new commentary track featuring Russell is the icing on the cake.