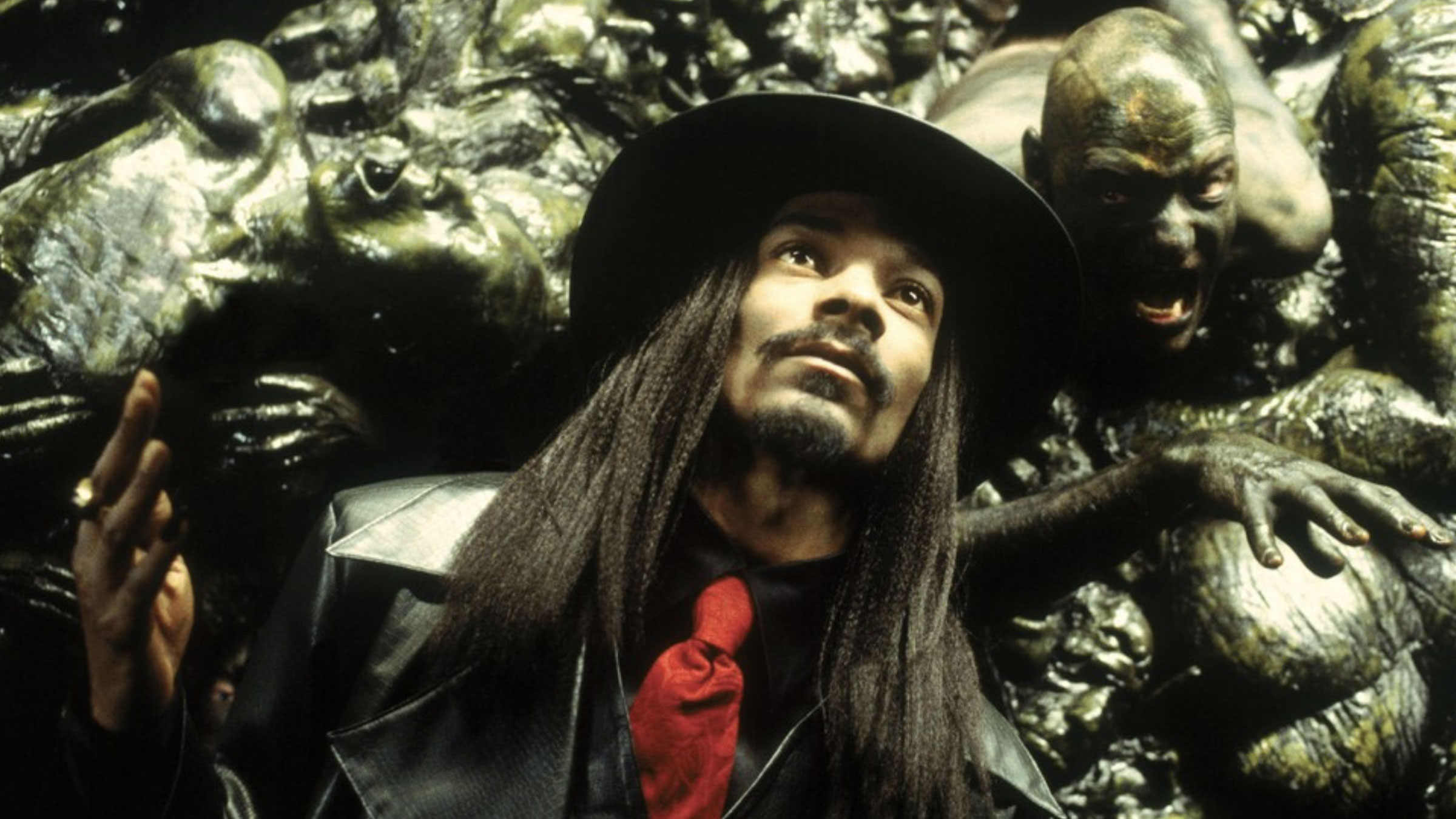 It’s no secret that I’ve never been a fan of musicians “making the move” to acting; though nowadays it seems very commonplace. Sure, there are the exceptions to the rules like Kris Kristofferson, Bette Midler and Will Smith; but for the most part it just doesn’t work out. Such is the case for the “rappers” who have moved onto movies. I do like Ice Cube, as he has seemed to be in some better movies. But others just seem to capitalize on their success from one form of entertainment and try to conquer another. This leads us to Snoop who has starred in his share of clunkers and one might say that Bones fits very nicely into this category as well.

Bones is a mislabeled movie. One might think (including me) that it was about vampires, but it’s just another horror movie about a haunted house (a genre of movie that there has been waaaaaay too much of lately). And the concept is very simple. The legend of Jimmy Bones (Snoop Dogg) has been transplanted into a house in a run down part of the city. Local kids manage to purchase the house to try and turn it into a nightclub thereby letting them party even harder than before. The trouble is, aside from the neighbor across the street who constantly yells and shoots his gun, that the house is haunted by Bones. You might figure that the kids would catch on, while hallucinating and seeing bloody claw marks everywhere, they might get the point and leave well-enough alone. Of course, they don’t. The movie flashes back to the late 70’s to show us what exactly happened to Bones (but I don’t want to give too much away), and now one of the kids who “owns” the house finds out that his father was in some way doing business with Bones. Can you say trouble? I’ll let you decide what the outcome may be, but rest assured…you won’t have to think too hard.

I’m not that keen on this movie, but I’m sure it has an audience somewhere. It’s just too much of another “been there, done that” movie that we see so much of. While not a very intriguing concept either, the acting (I thought) was very poor. For as much exposure as the box gives Snoop, he really isn’t in the film that much, maybe that’s a good thing. I’m sure this review won’t affect this genre of movies, they’ll keep churning them out as they always do, but unless you’re a real fan of horror movies, I’d stay away from the movie.

This looks good and I didn’t have it in me to go through my stacks of old DVD’s, but it appears to be sourced from a relatively new master. The 2.35:1 AVC HD encode shows some improvement in the details and the black levels are right on target. Even the shots during the day are under a grey sky, which tends to mute the colors a bit. While the film is darker in tone, I found that the contrast and black levels held firm offering up no distortion or digital breakup (something I remember from the original DVD). This is an improvement, for sure, but it’s still got a ways to go for that “perfect” score from us.

The previously-released DVD featured dual Dolby Digital and DTS tracks and now we’ve got this Blu-ray that features a more standard DTS HD Master Audio mix. There are several parts in the film that really utilize the LFE, giving an eerie sense of aura to some of the scenes. Even the menus are loud! The soundtrack, as one might guess, is killer and the surround effects are used almost constantly to heighten the mood. Clearly, this is one disc that sounds great, hands down.

New Line’s 2001 DVD was packed to the gills with extras and it appears as if Shout’s new Blu-ray carries most of those over with a few new tidbits.

I vaguely remember watching Bones the first time around, but I found it oddly entertaining watching it now (nearly two decades after my initial viewing). Shout! Factory has done a good job with a new audio track, a minor bump in video quality and adding some new features. Fans of the genre or, more to the point, Snoop, may get a kick out of this and it’s certainly the most definitive version of this movie available.