Tommy Lee Jones gets another turn as a villain in Blown Away. I’d like to say that’s how I felt about this film, but instead, it bored me quite a bit. Jones plays Ryan Gaerity, an Irish terrorist who manages to escape from prison and then targets a member of the Boston bomb squad. Jeff Bridges plays Lt. Jimmy Dove. He’s close to retirement and trains new recruits. His alias is Liam McGivney. He and Gaerity have a history, but when Liam learned of Gaerity’s plans, he ratted him out and this resulted not only in the deaths of loved ones, but it also put Gaerity in prison. Only Jimmy’s Uncle Max (Lloyd Bridges) knows his real identity. Once Jimmy learns that he is being targeted by Gaerity, he seeks revenge on him before it’s too late.

Blown Away isn’t so much a bad film as a dull one. There’s just too much filler in between the tension as Jimmy tries to track down Gaerity. It doesn’t help that some moments are unintentionally hilarious, including some of the tactics that Gaerity uses to lure Jimmy to him. The accents are another issue altogether. The commentary on this disc explains that the actors Jones and Bridges got them perfect, but test audiences complained that they were incomprehensible that they had to re-loop their lines several times. Regardless, the end result isn’t much better. I wish the accents were the only issue with this film. It’s downright boring at times, and I had a hard time finding much to care about during any of it. The basic premise is intriguing, but the execution is weak.

I first saw this film on DVD many years ago, but don’t recall enough about it to comment on that. The bluray, however, features very nice visuals. The AVC encoded 2.35:1 transfer is cleaned up very nicely. The print doesn’t show any flaws, and details remained strong throughout. The wrinkles on Jones’s face could be seen with distinct detail, not that I wanted to see them that clearly, but you get the idea. This transfer will please the fans of the film.

The film isn’t as action packed as its title suggests, but the DTS HD track still does what is asked of it. Vocals are clear and audible, despite the funny accents, but that’s not a problem with the track since the film itself had that done. When the action kicks in, there’s a nice rumble throughout. Background noise is also loud and powerful.

I’d like to say I was Blown Away (I had to) by this film, but it left me more bored than anything else. The funny accents aren’t the only issue with the film. It’s the fact that it just doesn’t build to anything spectacular and the pacing is too sluggish to keep us with it. 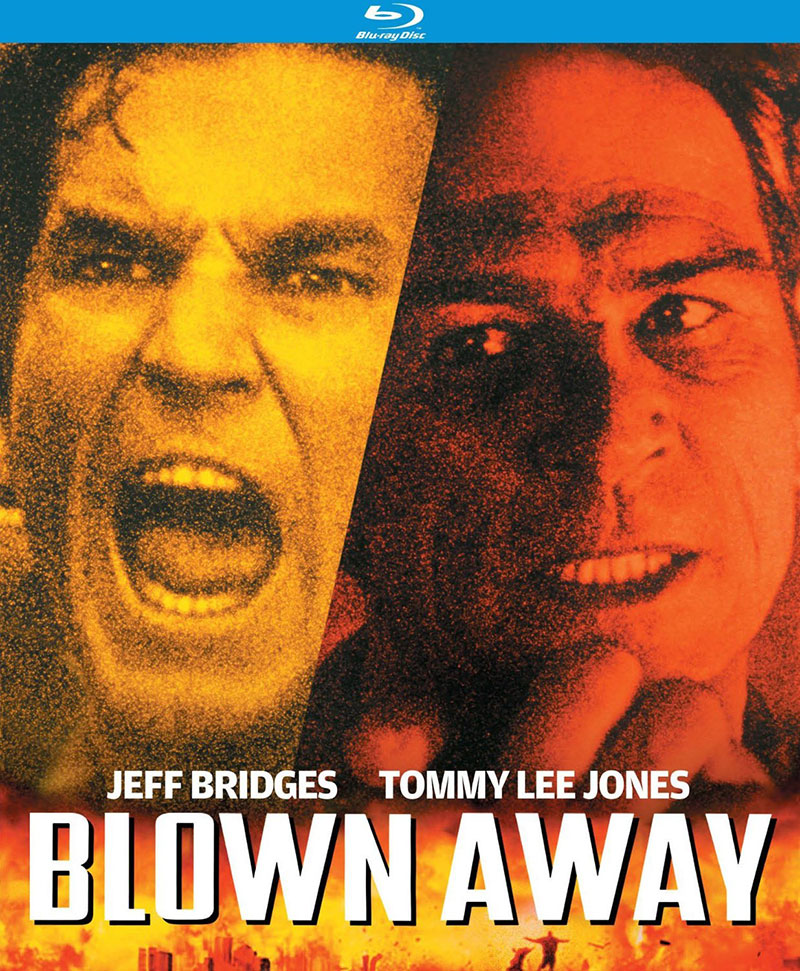