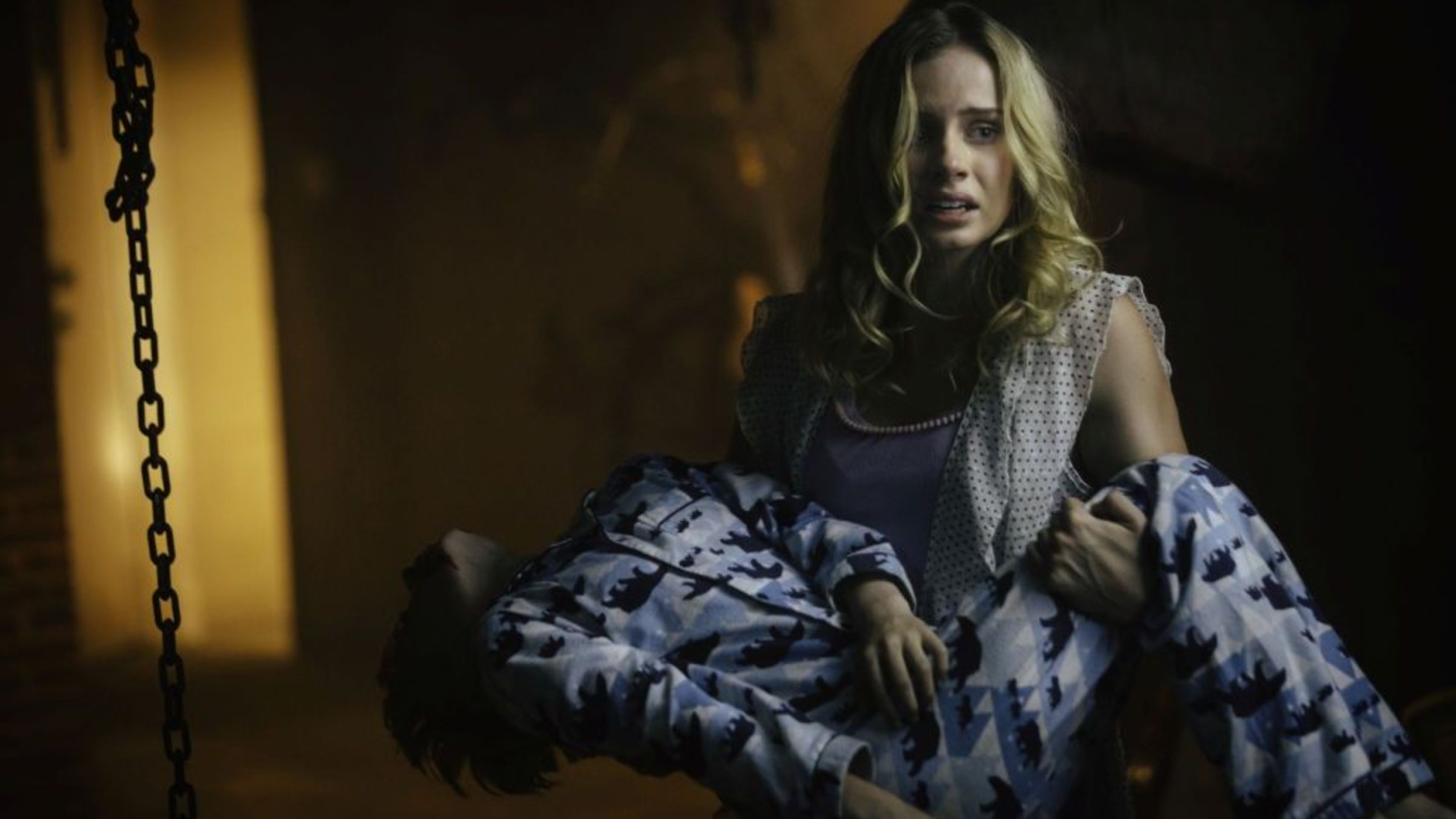 It’s amusing to me watching the film Bloody Hell when viewing it felt as if it put me just through that. I will be honest, it took me about 3 tries to get through this one, and even the last time was a chore. I’m more selective on which films I spend my time with these days, but this one sounded appealing when I saw the solicitation. Sadly, that’s just the name of the game. At only 94 minutes, this still felt like an eternity. It neither frightened me nor amused me with its tone that seemed all too in love with itself. In the behind the scenes on this disc, it is described as if you put John McClane from the Die Hard films in a Texas Chainsaw Massacre type situation. Fair enough, but when the results look like this, you better watch out. I could see how the premise might’ve sounded interesting on paper, but something definitely got lost in translation here.

We begin with an unusual bank heist which puts our protagonist, Rex Coen (Ben O’Toole) in prison for eight years. Some see him as a hero, while others view him as a villain. It can be a bit confusing as to what exactly happens, but the film throws flashbacks at us and then, by the last third, finally tells us just what exactly put Rex behind bars. Anyhow, he is now a free man and decides to flee the country. Unfortunately, Rex thought his troubles stateside were behind him. He wakes up bloody and beaten and chained to the ceiling of a family who is sadistic, to say the least. Rex has flashes of the life he wants and we also get a dual performance from O’Toole as we see Rex’s personified conscience. This character is invisible to everyone except the audience and Rex. To call him irritating would be a massive understatement. He dominates several scenes, and just doesn’t prove to be an entertaining character. In a film like this, if we can’t root for our hero, why bother giving him his own imaginary character? Two wrongs don’t make a right here.

I wish I had some positives to say about Hell, but unfortunately it’s an exercise in sadism and dark humor that is never half as clever as it thinks. I’m unsure just what the filmmakers were going for here, but really nothing in the film works. The family is never frightening enough and our main hero spends the majority of the film chained up and wounded. I didn’t care at all about his fate. I just kept waiting for the film to end. The structure is also a problem as it thinks it interesting to make the central hook a mystery. Did we really need to see the bank heist told via flashback? Why not just present things in a straight manner? If that hook isn’t interesting enough as is, telling it in pieces doesn’t make matters more rewarding. Lacking tension, clever kills and clever writing, Bloody Hell becomes a dud. Save your time and skip it.

We do get a solid 2.40:1 transfer that is pretty flawless. I never had any serious issues to make note of. Colors are sharp and well defined and the print is spotless. It’s a recent film that I can only assume was shot digitally, but there aren’t any issues I have. Viewers should be pleased.

The included Dolby Digital track gets the job done. The vocals are crisp and the rear channels remained active enough throughout. The effects shine through and kick things up a few notches when needed. While not the most robust track, it satisfied.

A chore to sit through, Bloody Hell lacks as both a horror film and a comedy. The premise is fairly interesting, but it’s the execution that’s lacking here. Skip it.