Paul Newman plays a governor who falls for a New Orleans stripper played by Lolita Davidovich in Blaze. Ron Shelton wrote and directed the film, and despite the presence of two talented stars in the lead, the film did very little for me. To be fair, there’s really nothing blatantly wrong with the film, but there was just little in the film that kept me intrigued. As much as I like Paul Newman, his character here just irritated me after a while. This is one of Davidovich’s earliest roles, but she more than holds her own, never appearing uneasy as other actresses might have. That still just wasn’t enough to win me over. Let’s take a look at what we can expect.

The film is set in the 1950’s where Blaze Starr (Davidovich) is a waitress making $30 a week who begins stripping at the advice of her manager played by Robert Wuhl). Flash forward several years, she is working in New Orleans where Louisiana governor Earl Long (Newman) catches her eye. Earl falls for Blaze, and even invites her to spend time with him, but she initially declines. Before long, however, they begin seeing each other, and a relationship develops. Instead of choosing between his career in politics and the woman he loves, Earl chooses both. We get a lot of scenes showcasing the racial tension of the era, and Earl has a strong stance on racial equality, but the heart of the story is their romance.

I don’t mean to sound too harsh on Blaze as the core story is a sweet one, but it just didn’t make a huge impression on me. The cast, especially our two leads do fine work, but there’s a lot of repetition to the story that I couldn’t shake. The film is just under two hours, but could have used some tightening in a few scenes to pick up the pace a little bit. The film is based on the true story of Blaze Starr, though it has likely been heavily fictionalized here. It’s hard not to think of other, more recent political scandals when viewing this film. With the news now being so instant, it’s hard for celebrities and politicians to keep a lot of things below radar. Already established fans of the film should be happy with this release, while others should seek out a rental before considering a purchase.

Unfortunately, I noticed right away that the transfer was problematic. There was a heavy amount of grain and print flaws early on. Details were strong and colors smooth and accurate, but little specs and other things popped up throughout the film that kept this from being a true winner. By no means was it unwatchable, but I wish it had been cleaned up better. The image is AVC encoded with a 1.85:1 transfer.

We’re given the option between 5.1 and 2.0 tracks. I opted for the former, which featured solid and clear sounding vocals, even if the volume had to be turned up awfully high for me to hear everything. The track did seem a bit restricted at times, but take into account this is more of a talky film before anything else. Still, there was enough clarity that it didn’t feel too flawed.

Blaze features two strong performances in the lead, and a sweet, but not always engaging story at its core. I’m a Paul Newman fan, but this is far from his best work. I’d advise a rental before anything else. 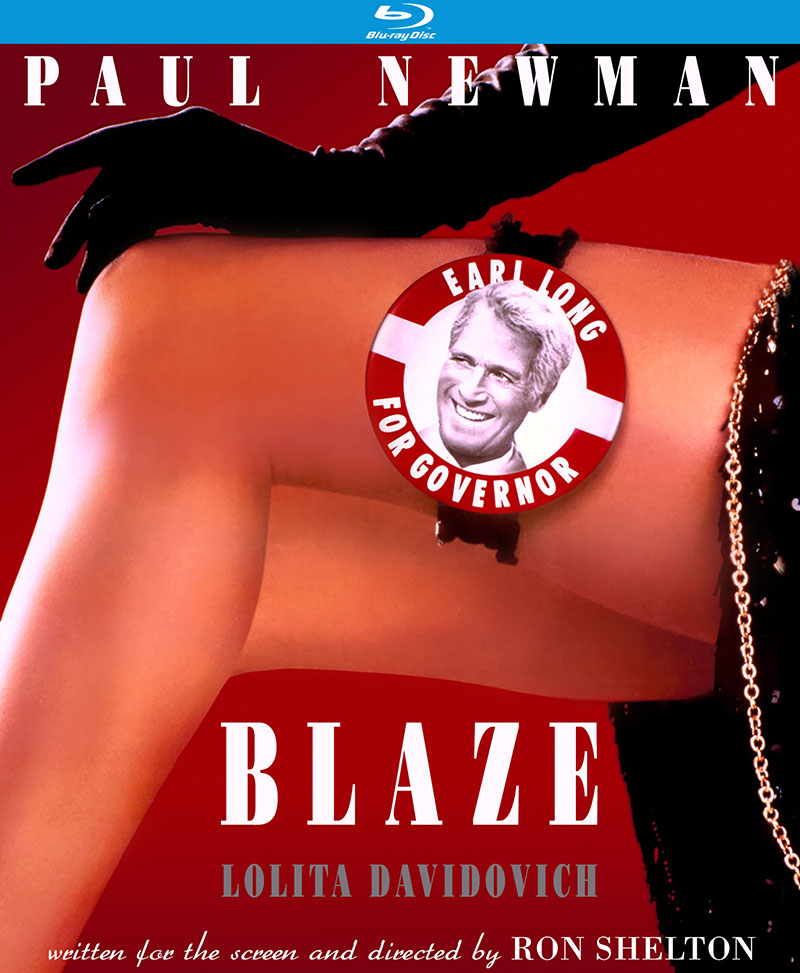