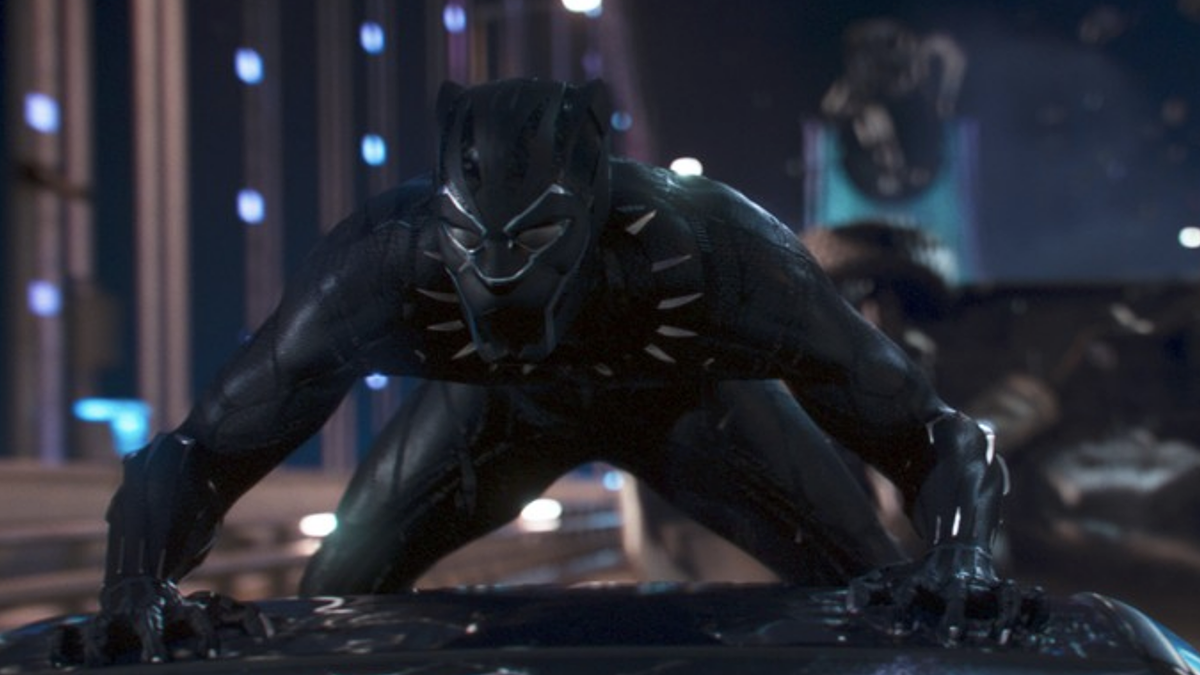 The Marvel Cinematic Universe is a weird, wild, wonderful and often wacky place. How must it nice be to have the Midas touch and every movie that your studio produces generates $1 billion dollars. Yes, it must be nice. If, by some chance, you have no idea what the Marvel Cinematic Universe is (henceforth referred to as the MCU) then I doubt you’re reading this review. If that’s not the case, then I have to assume you’ve been locked away in the same cave that Tony Stark was in 2008’s Iron Man. And yes, it’s no coincidence that I mention our ferrous friend since it’s that movie that, well, started it all. As the universe expands the characters get a bit more obscure. Sure, we’ve all heard of Spider-Man (a recent addition to the MCU, thanks lawyers!), Iron Man, Captain America and Thor. But…Black Panther? That’s a bit out there, isn’t it? Of course those who saw Captain America: Civil War will know that Black Panther actually made his debut there and it’s only now that we get a stand-alone film.

The film finds our hero, T’Challa (Chadwick Boseman) who, as we know, is the prince of a African nation – Wakanda. Looking at it on the surface it seems rather pedestrian, but look beneath that layer and we learn that the nation also possesses a technology beyond the rest of the world’s. The citizens of Wakanda keep this technology hidden to prevent it being misused or corrupted by the outside world. But we know how that goes – if they succeeded, we wouldn’t have a film, would we? T’Challa finds himself battling Ulysses Klaue (Andy Serkis) who manages to steal a piece of this technology with the help of Erik Killmonger (Michael B. Jordan). T’Challa, along with the assistance of two of Wakanda’s warriors: Nakia (Lupita Nyong’o) and Okoye (Danai Gurira). The only question is…will they succeed?

What sets Black Panther apart from some of the other films in the MCU is that it easily stands on its own as a great action movie. Remove the MCU element and you’ve still got a great film that delivers on all levels. Director Ryan Coogler has set the bar pretty high with his previous efforts: Fruitvale Station and Creed, both starring Michael B. Jordan. I’d say it’s no coincidence that he’s cast in a leading role here. And, even more interestingly, Black Panther isn’t an Avengers film in that it’s not a wall action movie with each scene trying to upend the one prior. It actually lends itself to a lot of character development that helps propel the film. And, given the success of the film, it’s no doubt that we’ll be seeing the country of Wakanda and its citizens in the future.

As one of the marquee Disney releases, Black Panther clearly (pardon the obligatory pun) has a lot to live up to. This is the 4K version reviewed though the set contains a fairly attractive Blu-ray, too. That said, the 2.39:1 HEVC 4K image leaves little to the imagination. The texture in T’Challa’s suit, the contrast and the sprawling landscape of Wakanda all look, well, marvelous. Compared to the Blu-ray, the Ultra HD version has a noticeable uptick in detail, contrast and the HDR really help establish the expansive color palette. Like other MCU films, all of which have set the standard visually, I feel that there will be few who won’t be impressed by this visual presentation.

Likewise, the Ultra HD contains a Dolby Atmos sound mix whose atmospheric soundstage, at times, shakes the room. It’s a bit disappointing that the Blu-ray doesn’t contain this mix and is instead stuck with a DTS HD Master Audio. Granted that sounds – by no means – bad by any stretch, but still…Vocals are rich, sharp and crisp here while the front stage finds itself smack in the middle of the action on multiple occasions. The surrounds, all of them, get in on things and make for a very action-oriented, and active soundstage. You’ll know what to expect when you put the disc in here, folks. It delivers.

There are no shortage of supplements, but they’re all located on the Blu-ray. The Ultra HD/4K disc contains the movie only.

If you’re highly invested in the MCU, then there’s no reason to stop now. It’s only going to continue to expand. Black Panther might be one of the better entries in the MCU, though that’s the thing – there’s pretty much a film (or a franchise) for everyone. Top notch marks on the A/V front only add to this disc’s allure. Do I need to recommend it? Right.