I’ve grown far more selective of the films I seek out and watch. That is especially true of theatrical films as it can be costly and times consuming. I will read reviews, but I have my own sense of if I feel a film is for me or not. While Black and Blue did seems decent enough to me, it was never something I felt I’d rush out to see in theaters. The premise here isn’t half bad and for better or for worse, it’s relevant. It’s no secret about the problem in this country with law enforcement and the corruption. That, and the murder of innocent lives by trigger happy police officers. I’m not here to play politics, but I sure wouldn’t want a career in law enforcement. The film’s trailers might’ve painted the film one way, and let’s face it, not in a good way, but it actually isn’t half bad. The previews appeared to make it look like a straight to video cliché ridden cop movie, but it rises above familiar territory to become an entertaining affair. Let’s take a look, shall we?

As the film begins we see our lead character Alicia West (Naomi Harris) jogging. A police car pulls up behind her and the two officers shout orders at her and tell her to put her hands up. One of them realizes that she is in fact an officer as well. While new to the force, they realize they made a mistake. Sadly this sort of thing is an issue today. She is out with another officer and is asked to stay in the vehicle while he does his business. Unfortunately, some drama occurs and Alicia is a witness. She sees that police officers murdering a man in cold blood. They see her and realize she is wearing a body camera. Now she is on the run and the suspects want to catch her and get the camera before she can submit the footage to someone she can trust. She is shot at, but her bulletproof vest saves her.

I’ll confess that the film kept me with it. Fast paced and filled with timely themes, but not heavy handed, the film is worth checking out. I enjoy that it shows corruption knows no race. That shade of gray is exposed and it keeps the film from feeling preachy. The cast all do a good job and the threat against Alicia is very real and her situation grows direr as the film progresses. Check it out.

With a 2.39:1 transfer, I will repeat my usual remarks here. Sony has done a fine job and this leaves little to be desired. It’s a recent film and it doesn’t surprise me that it looks great. Details are strong and the colors nice and accurate. I can’t think of any flaws worth pointing out. Fans will be pleased here.

Also strong is the DTS HD track. Given the premise of the film, one would expect an overly active track and that’s precisely what we get. There are gunshots, loud cars and lots of yelling. The track stays busy pretty much the entire film since this is a busy film. Vocals have the clarity and all around this track satisfies.

Black and Blue surprised me. It is fast paced and kept me with it. The premise is solid and the film makes good use of New Orleans as characters often have to scurry between tight spaces and the busy streets. Give it a shot. 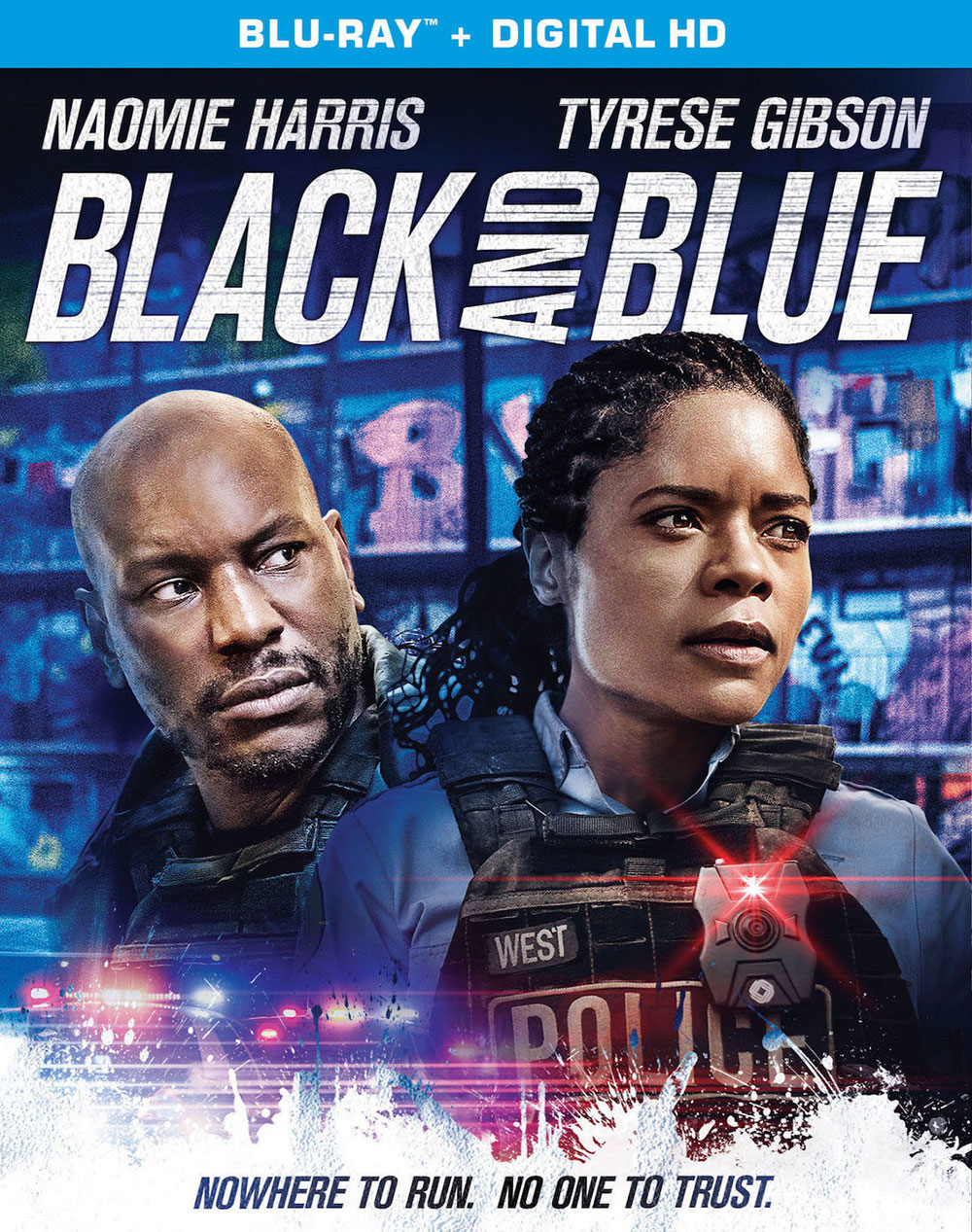