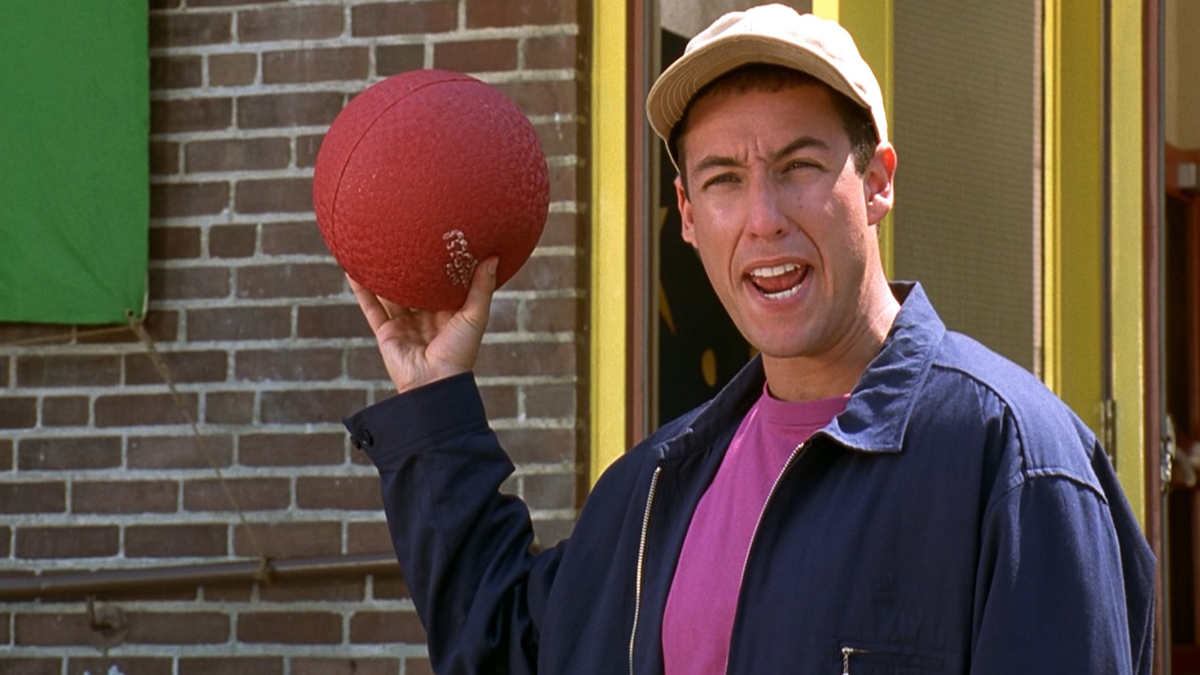 I’ve been a fan of Adam Sandler for years, but given some of his recent works I’d have to say that my affection for him (as a performer) is somewhat waning. But taking a trip back to the early to mid 90’s Sandler was in his prime. He was a cast member of SNL, but was somewhat overshadowed by the bigger personas of Chris Farley, Chris Rock, Mike Myers and Dana Carvey. Still, Sandler continued to write and perform and it wasn’t long before he got his big break. 1995’s Billy Madison proved a perfect showcase for Sandler’s infant-style humor. In much the same way Jim Carrey will be remembered as Ace Ventura or Lloyd Christmas from Dumb and Dumber, I feel that Sandler will always be associated with his roles in Happy Gilmore or Billy Madison. And there’s nothing wrong with that. Sandler and cohort Tim Herlihy co-wrote the script paving the way for Adam Sandler to be with us for a long, long time.

Billy Madison (Adam Sandler) is a spoiled brat. He’s lived his life in a mansion avoiding work and any sort of responsibility. His father (Darren McGavin) is the owner of Madison hotels and is set to hand the company over to Billy upon his retirement. However, not wanting to see his years of hard work go down the drain, Mr. Madison decides instead to give the company to slimy COO Eric (Bradley Whitford). Billy, disgusted at this, wants to prove to his father that he’s serious and therefore worthy to take the reigns. To show this, he’s willing to go back and repeat grades 1-12, each in two weeks. Should he succeed, his father will bestow the moniker of CEO upon Billy. Should he fail, the company is Eric’s. Along the way are many kids, drunk parties and one of the sexiest third grade teachers (Bridgette Wilson) you’ve ever laid eyes on.

Yes, the plot really is that simple and when you finish the first five minutes you’ll know why. What Billy Madison proved was that Adam Sandler could headline a movie just like any of the other SNL stars from the era (Mike Myers and Dana Carvey were currently riding high with Wayne’s World and Wayne’s World 2).  The film reeks of sophomoric humor, something which I love, and it plays to all the strengths of the cast – notably Sandler. He’s joined by a few fellow SNL’ers with Chris Farley as a bus driver with a temper and Norm McDonald as one of Billy’s perpetually drunk friends. Yes, this one has it all and it paved the way for 1996’s Happy Gilmore and, of course, many others.

Universal has many marquee titles in their vast catalog, but I’m willing to bet that nary a studio executive paid too much attention to Billy Madison. In all truth, the 1.85:1 VC-1 image really doesn’t look that bad, though it lacks the clarity and detail of today’s modern releases. There’s a fine element of grain that can be seen throughout, and though not distracting is always present. I will say that this is one colorful film, with each scene looking like, well, a grade school classroom (I’m sure there was thought behind that). Detail seems sharp, or at least sharper than its DVD counterpart. But as I think we all know, this movie is all about the experience and any judging of the technical specifications really shouldn’t matter.

The included DTS HD Master Audio mix is an upgrade from the Dolby Digital 5.1 of the DVD, but it’s not a night and day difference. There are some pretty good songs on the soundtrack, The Jackson Five’s “ABC” comes to mind, but by and large this is a dialogue-driven comedy with only sporadic instances of surround sound to be heard. It’s a nice, well-balanced mix that’s sure to please, but it won’t be one that you’ll use to demo your system.

Fans of Adam Sandler will no doubt already have this. For my purposes, I realized that it’d been nearly 20 years since I’d covered this film and after having the Blu-ray for so long, I wanted a “proper” review. It looks and sounds ok, but fans of the film will most likely not care. The addition of a commentary and 30 minutes of deleted scenes only sweeten the deal.

Note: Be sure to watch the ending scene in which Chris Farley’s character gets pleasured by an oversized penguin. Yes, you read that correctly.