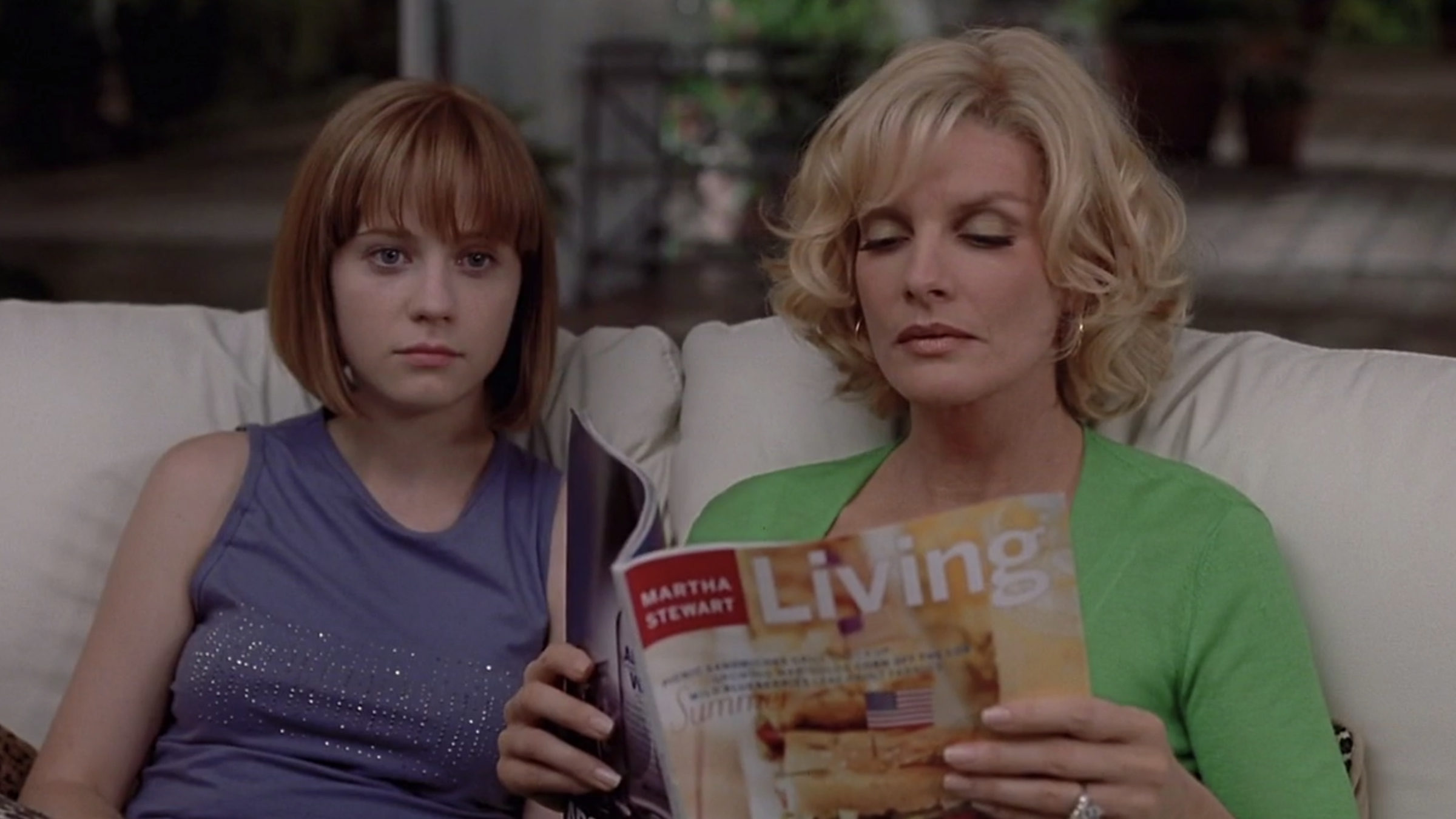 Big Trouble was all good to go, ready to open in the fall of 2001. Unfortunately, the 9/11 attacks happened and the film got postponed to the spring of 2002 without much publicity at all. It came and left theaters briefly, and was mostly forgotten. The reason behind the delay has to do with a couple of nitwit characters featured in the film trying to smuggle a bomb onto an airplane. This was probably a wise choice on the studio’s part since that topic might hit a bit close to home, but the film really is just a big goofy comedy with a large ensemble cast that deserved more recognition than it got. I recall seeing it in theaters and still not QUITE loving it as much as I had planned, but I still couldn’t bring myself to dislike it. In fact, I’ve really warmed up to it on subsequent viewings. I even owned it on DVD. I can’t recall a time we’ve seen a screwball type comedy of this sort, but let’s take a closer look.

The film has a lot going on, but it’s more about what is brought onto the characters rather than the plot itself. I’ll give the basic outline to give an idea of what to expect. Eliot (Tim Allen) used to be a newspaper columnist, but lost his job after he and his boss had a disagreement about the story that he was covering. He now works at an ad agency, but his son Matt (Ben Foster) thinks he’s a loser. This is mostly because his dad bought a Geo (one of the film’s many amusing running gags). Matt and his pal are playing a High School squirt gun came when they stumble upon Jenny (Zooey Deschanel). Her father, Arthur (Stanley Tucci) embezzled money from his work and that’s when they put a hit out on him. This brings in two hitmen, Henry (Dennis Farina) and Leonard (Jack Kehler). Another running gag is how much these two characters hate Florida (they’re in Miami to whack Arthur). Jenny’s mother, Anna (Rene Russo) meets Eliot after his son shows up on their property to try and squirt Jenny. The two take to each other. We also meet two local morons, Snake (Tom Sizemore) and Eddie (Johnny Knoxville) who see Arthur and his fancy Jaguar at a local bar as he’s trying to buy a missile from the Russians who own the bar. They force Arthur back to his house to try and rob him and eventually all the characters meet. Things then move to the airport for the big climax when Snake and Eddie try to smuggle the bomb onto an airplane.

There’s a lot to like about Big Trouble. I think my initial thoughts upon seeing it theatrically were based on certain expectations I had and thinking the film would play in a different way, but I can appreciate it more on repeat viewings that it holds up really well. It’s such a breezy and well-paced film that you can revisit it often. Elliot narrates a large chunk of the story and the film gets a lot of mileage out of such a big and talented cast. My review didn’t even touch on all the characters who show up, but they’re all given something to do and have great moments. Not everything works. There’s a running gag with a character and his love of Fritos that is just silly. I also could’ve done without another character and his toe fetish. But still, the pros far outweigh the cons here and this is one that will hopefully garner more fans that might’ve not heard of this film.

We get a solid transfer here. I no longer own the DVD copy, but this improves upon it. There’s a smoothness to the transfer and details are strong. It’s not a particularly flashy film, but it’s served well here. I noticed a few sweat beads on some of the character’s faces that I hadn’t seen on prior viewings. Background shots are strong with no noticeable issues. The image is AVC encoded with a 1.85:1 ratio.

The DTS HD track is solid. There’s probably more action in this film than some might expect, so the rear channels get their work in. Vocals have a crispness I’ve come to expect as well. We get plenty of background noise and other details that bring us into the film.

Sadly overlooked during its theatrical release, I really enjoy Big Trouble. It’s the kind of comedy that they don’t seem to make a lot of these days. It only grows on me on repeat viewings and is quickly paced and easy to digest. Not all of the running gags work, but most of them do. I also enjoy that this is more witty humor than some of the lowbrow stuff that we’ve seen too much of. Looking back at my review, I didn’t really touch on just all of the funny characters that show up, but there are a lot and they are all given something to do. Since this marks the Blu-Ray debut, this release comes recommended. I do wish more features (surely some outtakes could’ve been dug up) were provided, but it’s still a worthy film.