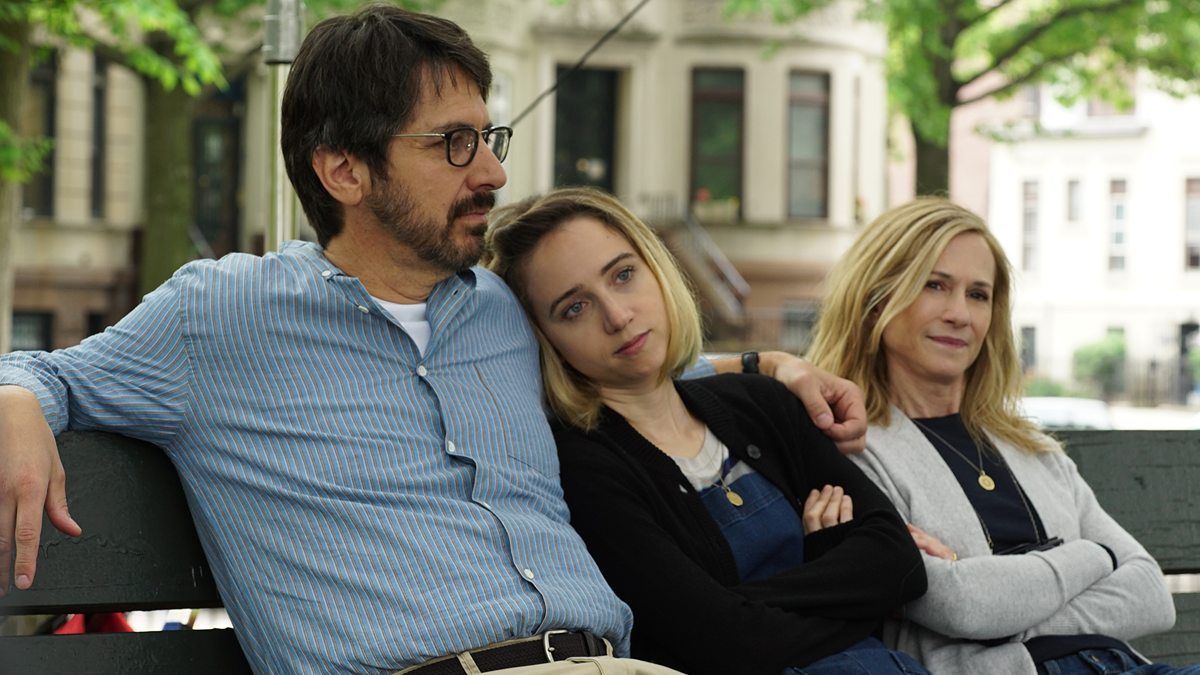 As I begin some reviews, I find myself often recalling what I wrote in previous reviews. I mention often how I have little to no desire to see certain films. The Big Sick is certainly one of them. It just seemed like one of those overlong, self-indulgent comedies that simply isn’t my cup of tea. I heard Judd Apatow’s name in the ads too, and that also pushed me away. While he only produced the film, I’ve grown long tired of any films of this sort. I also don’t understand why the studios keep playing up the sick angle, but at least here, there’s a twist. The film is based off a real-life romance that faced a hiccup as seen in the film. That doesn’t mean the results are necessarily better here, but at least there’s some reason for them choosing this angle.

Kumail (Kumail Nanjiani) was raised in Pakistan, and offers us a brief narration as the film opens. He now lives in Chicago where he’s a comedian. Things seem to be looking up for his after he meets Emily (Zoe Kazan) one night while out. Kumail comes from a very traditional family where his family expects him to marry another Pakistani. He and Emily seem to hit it off, though there are a few complications. The biggest challenge arises when Emily gets sick with a serious illness. Eventually Kumail meets Emily’s parents (played by Holly Hunter and Ray Romano, respectively.) They’re not exactly fond of him at first since Emily has shared all their personal info with her parents, but eventually they warm up to him. There’s an effective scene where the two of them come to see one of Kumail’s shows and he’s heckled on stage and Emily’s mother goes off on the heckler. Still, that’s one nice scene in a film stuffed with so much filler. While I normally can’t stand Holly Hunter, she at least does a good job here. Same can be said for Ray Romano who is the more passive of the two.

The sickness part of the film doesn’t arise until well into the film, but there was still about an hour left of the film. To put it simply: the film is just too long. It could have easily lost a good 20-30 minutes and nothing would’ve felt compromised. Portions of it reminded me of Funny People, and as problematic as that film was (excessive length being one of the problems), I at least got more invested than I was here. The acting is strong and there are some amusing bits, but they’re so spotty in this overlong film. It simply runs out of steam well before the closing credits and never regains traction.

By and large, the romantic comedy genre won’t be the films that will dazzle you with 4K images, CGI special effects and things that make your jaw drop. That’s not to say they won’t and can’t look good, but it’s just not part of the mix. That said, the 1.85:1 AVC HD image looks pretty darn good. Yes, it’s a new to Blu-ray film and yes there’s no reason we wouldn’t expect it to look top notch. It does. It checks all the boxes with good colors, crisp detail and a general “film like” look and feel. At this point in time, we’ve become so spoiled by Blu-rays (new ones at that), that anything nearly short of perfection gets an upturned nose. This one won’t do that.

Again, the genre would stipulate that the included DTS HD Master Audio soundtrack won’t blow the roof off your place (it won’t, by the way). This is a dialogue-driven film and it shows. There are some ambient surround effects a few times (audience laughter and the like), but I’d go so far as to say that this is about as basic as a 5.1 mix gets. It’s not bad by any means, rather it gets the point across. And in a film like this, that’s the idea.

The Big Sick has its moments, but they’re too few and far between. The film is simply too long and meandering to keep us with it. I suppose a rental would be ok for fans of the cast, but all others should look elsewhere.