When I think of Steven Spielberg, I suppose my first experience was seeing E.T. for the first time. Yes, I realize I’m dating myself and it’s hard to believe that the film is now 35 years old. I suppose I’d seen bits of Jaws on television and maybe some of Close Encounters of the Third Kind (which, try as I might, I’ve never really been a fan of), but that really was a defining moment for me. Well that and I had an instant attraction to Drew Barrymore, but that’s another story. Over the years Spielberg has given us just about every kind of film out there making us both laugh and cry. And though he serves as the executive producer on Animaniacs, this really was his first film of this nature. And what better way to take that first, giant step into this new territory!

The movie’s plot is really simple and that’s fine because that’s the way I like it.  We meet a young orphan by the name of Sophie (Ruby Barnhill), out of bed and wondering around at night.  She is taken by a giant and taken far away to Giant Country.  There, just when she thinks she is going to be eaten but the giant is actually a vegetarian and is rather friendly.  Sophie and this Big Friendly Giant (voiced by Mark Rylance) spark a growing friendship.  Not all is safe though the BFG is actually the runt as far as Giants go and the other Giants love the taste of “beings” and will eat Sophie at a moment’s notice.  The two friends end up trying to hatch a plan to stop them and rid them of Giant Country.

Admittedly this isn’t Steven Spielberg’s greatest work, but then again…he’s set the bar a tad high, wouldn’t you agree? This is, in my opinion, like Hook, a fun movie that Spielberg made for the simple purpose of entertaining children. And in all truth, it’s not bad, it’s just not up there with some of his other “family” films.  This year marks the 100th birthday of author Roald Dahl, so what better way to celebrate the man than by bringing one of his most beloved tales to the big screen! I think this is one that will appreciate with the years as it’s got just about something for everyone. A great cast, state-of-the-art special effects and technical merits that are through the roof. It’s worth checking out, for sure.

In this “blended” film, both elements shine, be it CGI or the human actors. Disney has brought this to life in a dazzling 2.39:1 AVC HD image that leaves nothing to the imagination. I really was hard-pressed to find anything wrong with this. Granted with Spielberg’s name attached to a project, it’ll never have a shortage of production costs. Fine detail, colors, contrast and shading all look amazing. It’s so seamlessly blended in that it really does create a world all its own. This is, hands down, one of the finest examples of a film I’ve seen on Blu-ray and it successfully combines the world of animation and live-action perfectly.

Not to be outdone, the DTS HD Master Audio 7.1 mix has its fair share of moments. This runs the gamut from the high pitched to the very low (LFE) and, of course, everything in between. What really got me, in spite of this not having an Atmos soundtrack, was the action seemed to encompass the room and really put me in the middle of it. Few films do that, but this one did it and did it well. Surrounds are always present for some added depth and ambiance as well as a very active front mix. The highlight might actually be the score by noted composer John Williams and my words can’t do him justice. Again, it’s perfection and it works amazingly well with the film.

There are generally two types of Spielberg films: the ones for families and the ones where he’s more “serious.” This is definitely one of the former. As I mentioned, this might not be one of his best efforts, but even a moderate effort by Spielberg is worth seeing. Homage is paid to one of Roald Dahl’s most noted works and this one has been done right. Recommended. 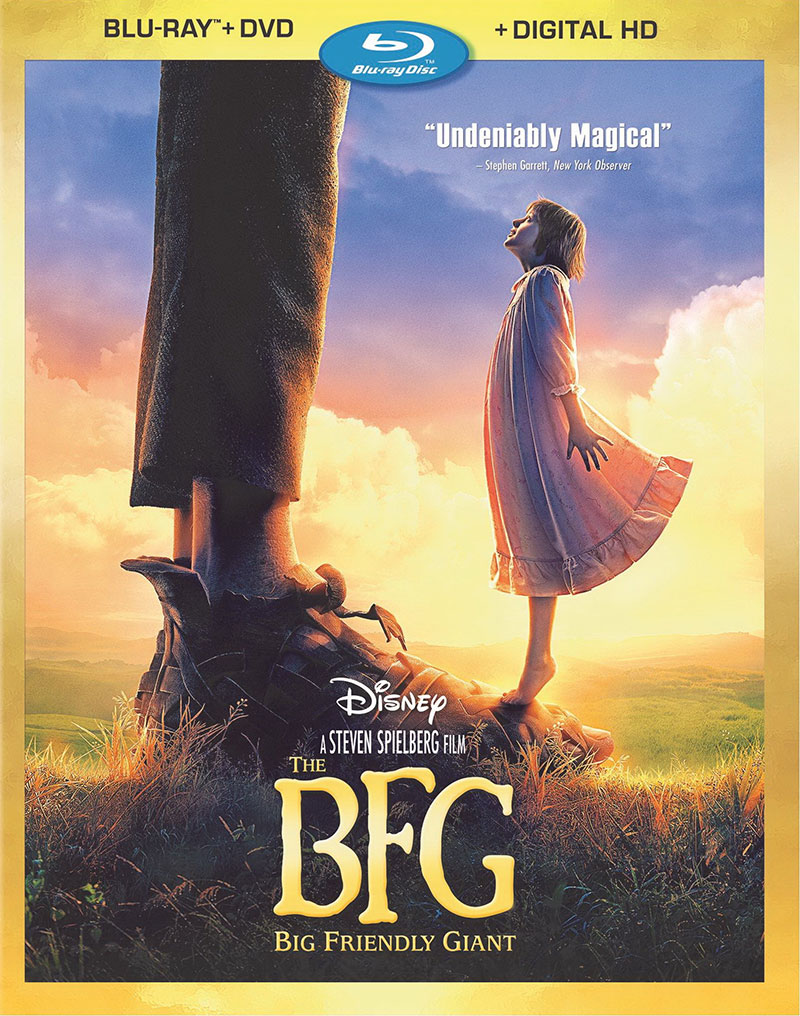