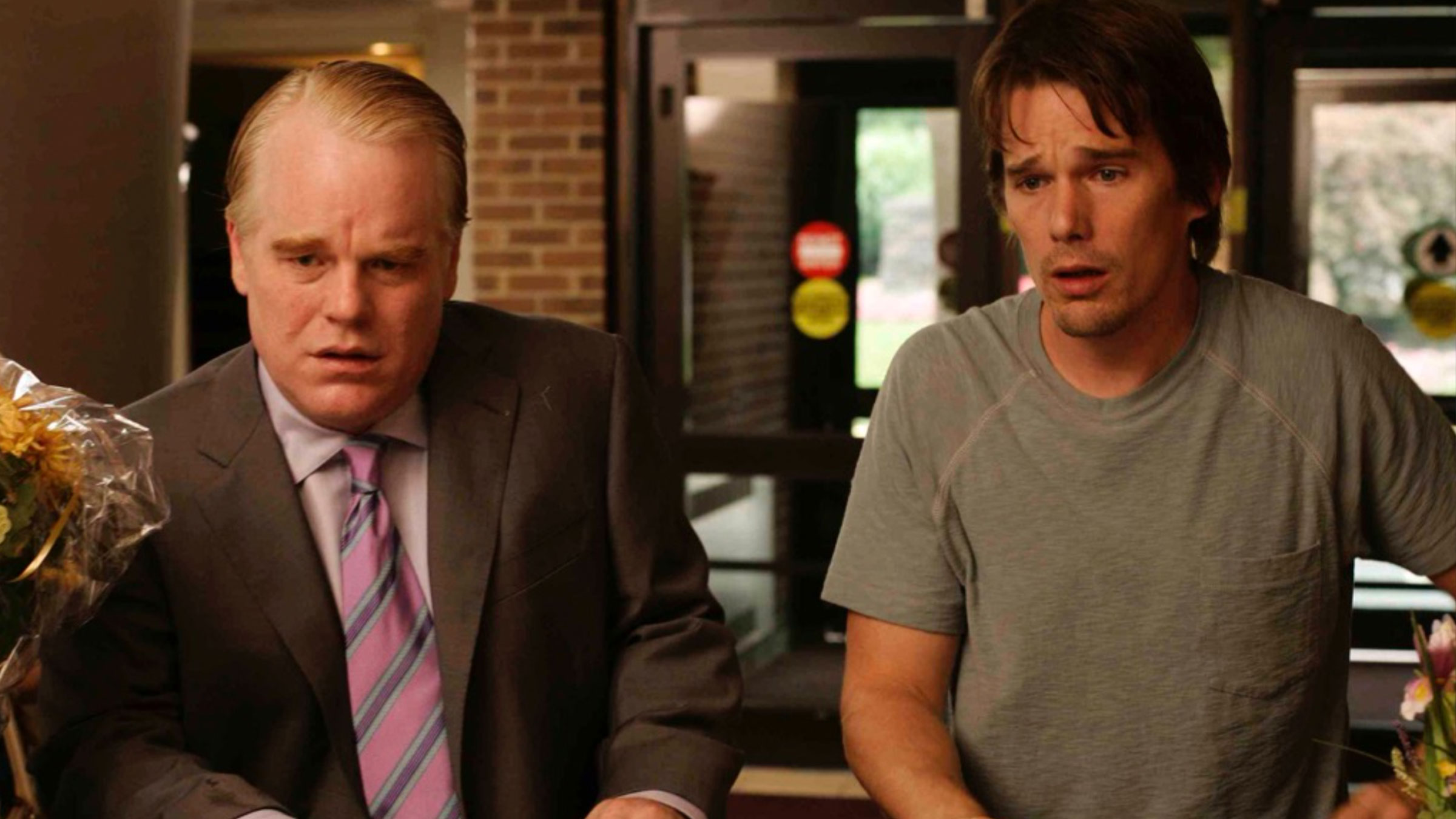 Andy Hanson (Philip Seymour Hoffman) and his brother Hank (Ethan Hawke) both find themselves in dire need of a financial boost. Andy is drowning in debt from a lavish lifestyle designed to please his wife, while Hank struggles to provide for his daughter, who lives with his ex-wife. Andy believes he has a solution, a low risk crime that will provide them the much needed cash without any real consequences. Hank is to rob a small time jewelry store that the brothers know inside and out, knowledge that exists because their parents own the store. The plan should be foolproof, as their parents are covered by insurance, which means no one gets hurt and the financial issues are resolved. But is the plan as slick as the brothers believe and if not, how will the events impact their lives and the lives of the others involved?

This is one of those movies you think about long after the credits have rolled. Before the Devil Knows You’re Dead is so rich and layered, you almost want to watch it again, as soon as it concludes. The tension is massive and grows at a rapid pace, so that as the finale approaches, you’re not sure how much more you can handle. Sidney Lumet’s direction here is flawless, able to maintain an intense atmosphere for the duration, develop characters that are believable, and deliver an experience that shakes the audience and refuses to be put out of mind. This is just that good of a movie, simply masterful. The performances are excellent across the board, with Ethan Hawke, Philip Seymour Hoffman, Albert Finney, and Marisa Tomei as standouts. In truth, I couldn’t find much to complain about here, I was drawn in from the start and never diverted my attention, even for a second, until the credits finished. This is a movie you simply cannot miss, as Before the Devil Knows You’re Dead is great film and a lasting testament to the acting of Phillip Seymour Hoffman.

This is the second incarnation of the film on Blu-ray. The first came out when the film hit the home video market, but that was in 2007 and it was released by Image Entertainment. I love Image, but some of their titles (even their new ones) weren’t exactly known for their visual prowess. A dozen years have passed and this is now in the capable hands of Shout!Factory. A new 2K restoration was performed for this title and it shows. The movie, to my eyes, never looked amazing though it did feature some grain and a highly-detailed image. This one gives a bit more color, depth and saturation and ups the detail a bit. But something seems a bit…off. Don’t get me wrong, it looks good, it’s just not on par with some of the titles we’ve been bombarded with.  Fans of the film might appreciate the “less than perfect” nature of this transfer, but again – really nothing to complain about.

The same DTS HD 5.1 master audio soundtrack might not be explosive throughout, but it is an effective presentation. For the most part, the audio is rather reserved, but the track still provides an immersive atmosphere. So even in scenes dominated by dialogue, subtle elements add presence and make for a more natural experience. In the scenes where the audio needs some thunder, the track delivers and then some. The power cracks when gunfire is present, shattering the otherwise reserved audio field, making sure we remember those moments.

Films like Before the Devil Knows You’re Dead aren’t made much anymore. And that’s too bad. This one is a gem. Two of the key components in the film no longer with us (Lumet, Hoffman). Shout’s new disc adds a new transfer and some new features and for fans of the movie, this one is a no-brainer.