The Ballad of Cable Hogue (Blu-ray)

Sam Peckinpah was an American original. If you have seen any of Peckinpah’s films, they all share a manic energy that was uniquely his own. His filmmaking style can take a little while to get used to, but holds up to repeat viewings marvelously. My personal favorite of his films is probably Bring Me The Head of Alfredo Garcia, but many people know him for The Getaway or The Wild Bunch. When I saw that Warner Archive had finally released The Ballad of Cable Hogue on Blu-ray, that was an easy blind purchase for me.

Cable Hogue (Jason Robards) gets left for dead in the middle of the dessert when two unsavory characters steal his water canteens and rifle. As he wanders in the dust, he prays for help and accidentally stumbles upon an undiscovered watering hole in between Jackson Hole and other territories. He sees the opportunity to make himself a business and digs out a watering hole. His first customer refuses to pay the ten cents he charges and Cable ends up killing him with his own rifle. After a swift burial, his second customer is a preacher. He hails from the Church of the wayfaring stranger and his Church is wherever he goes. The preacher points out that Cable should get the rights to the land and set up markers, so Cable goes into town. In town he sees a beautiful prostitute named Hildy (Stella Stevens.) He is immediately drawn to her feminine assets. Cable secures two acres for all the money he has in the world – $2.50. When he secures the land he asks a man in town if he would like to become a partner in his business and is thrown onto his back in the street. Rejected, he goes to a bank and the banker decides to lend him $35 to get his business started. With a portion of the money he gets some booze and Hildy. After infuriating Hildy, Cable heads back to grab the preacher from the watering hole. He brings the preacher back into town and mends things with Hildy. The preacher passes time by seducing a recent widow. Hildy and Cable become lovers and she moves in with Cable, but she dreams of San Francisco. Cable dreams of revenge on the two men who left him for dead.

This is Sam Peckinpah at his most relaxed, essentially a comedic Western with less violence, more sexuality, and more humor than his better known output. It sets its satirical sights on religion throughout the film and sexual desire. It can be a little bit racy at times. Featuring a strong performance by the lovable Jason Robards, and strong supporting performances, the film is a fun way to spend a couple hours. While I would not put this film anywhere close to Peckinpah’s best work, I am still glad that I was able to see it and like other Peckinpah films it only gets better on a second viewing. Peckinpah had great skill at developing very memorable characters with minimalistic dialogue. This is solid proof of that.

Warner Archive continue to impress with a brand new 1080p HD transfer that was remastered specifically for this release using an MPEG-4 AVC encode. The film was shot in 1.85:1 and is presented in an 1.85:1 aspect ratio. This film has a softer focus look that is reminiscent of other films of that time. The film was capably shot in Panavision by Lucian Ballard who had teamed up with Peckinpah on the classic The Wild Bunch. The films have a similar look, but a very different feel. Fine detail is good for the most part, but the soft focus techniques occasionally will make the film look a little muddy. Colors in the film are sometimes fairly muted, so expect the film to sometimes look pretty washed out.

Though the film is not particularly colorful, it still has plenty to look at on-screen. I did not notice any big discrepancies in the color correction or large compression artifacts. Overall this is another good transfer from Warner Archive.

The Ballad of Cable Hogue has been given an incredibly well-done DTS-HD MA 2.0 track that breathes new life into the old sound design. The main reason to jump for joy is how incredibly clear the dialogue comes across. Jason Robards has one of those voices that can easily be mistaken for mumbling if the sound mix is not absolutely perfect. Luckily, here is essentially a perfect representation of what was originally intended. The score by Jerry Goldsmith fits the film well along with the folk songs by Richard Gillis that make the film more of its time and place.

The Ballad of Cable Hogue may not be Peckinpah’s best film, but it was fun to see him in such a lighthearted mood. For myself, and many others out there, I will take as much Peckinpah as I can get. I was thrilled that Warner Archive decided to bring this to Blu-ray. With solid technical specs and some engaging special features from the previous DVD, this is well worth picking up if you have not seen the film. Fair weather fans of Peckinpah may want to start with his other films first. 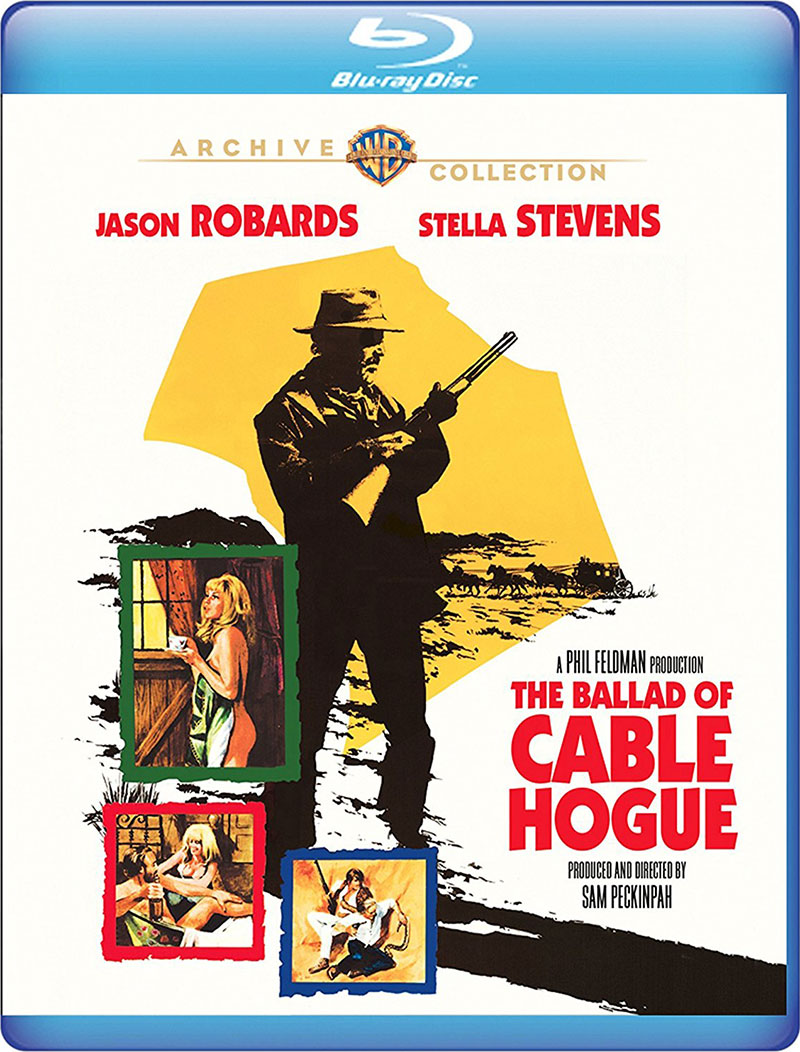