Back to the Future: The Ultimate Trilogy (Blu-ray) 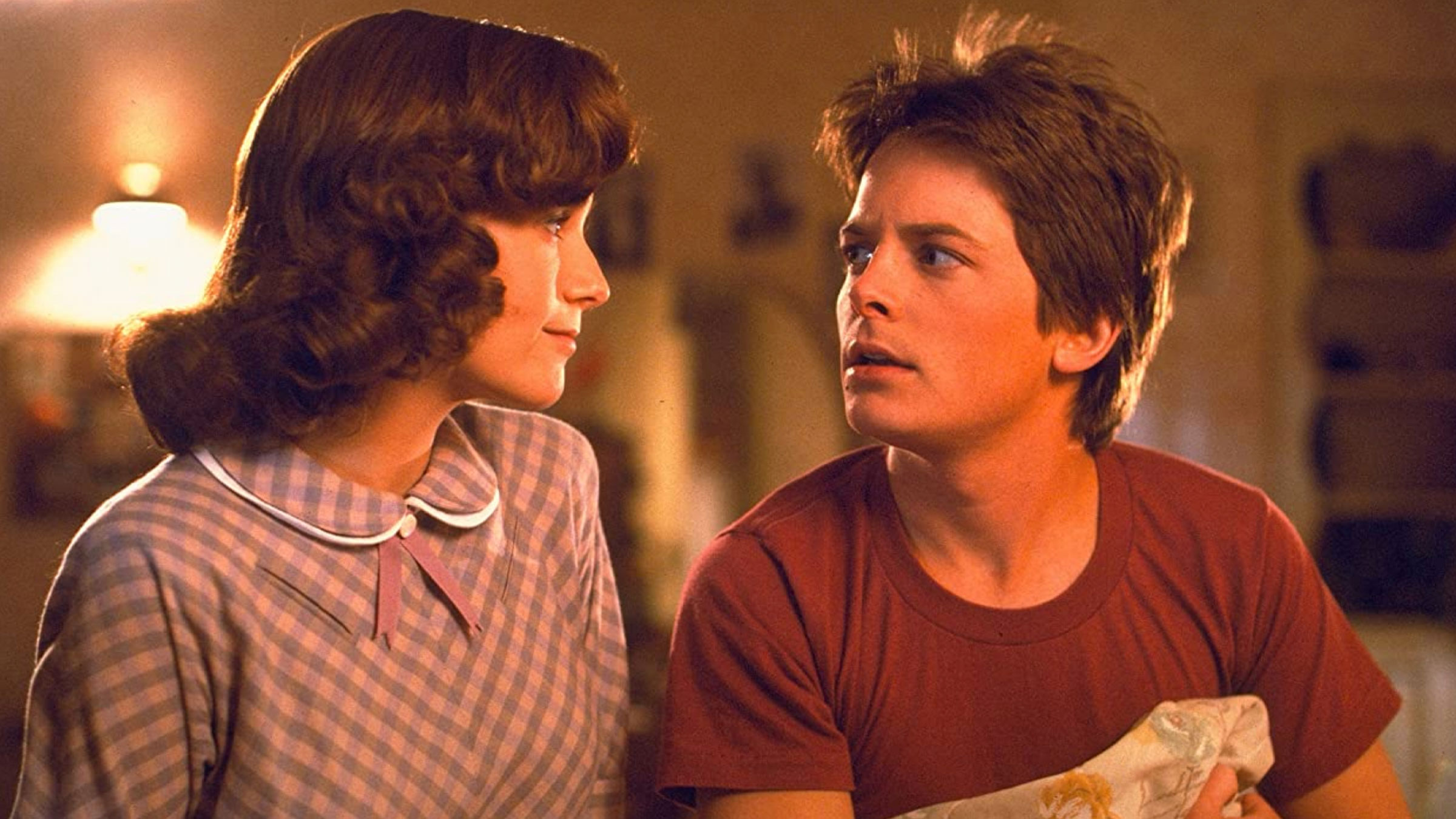 As I sit here more than 30 years after the original Back to the Future was released, there’s very little that I feel I need to say about this film and its two sequels that followed. Before I touch on each respective film, I will say that the three films in this trilogy are fun and hold up well. I’ve never held these films as highly regarded as many, but they are still all enjoyable in their own way. While I find the original film to be my favorite, all of them have their merits.

In the first film we meet Marty McFly (Michael J. Fox) as a high school student with aspirations of being a rock star. While he might have strong goals for his future, things aren’t looking so bright for Marty. One thing that doesn’t bode well for Marty’s parents is his friendship with Emmett “Doc” Brown (Christopher Lloyd). Doc is an inventor who is more than a little eccentric. He might be a bit off, but the guy knows his stuff. Before long, we see that Doc has invented a car that can time travel. This leads Marty and Doc to experiment with the DeLorean and is able to travel in time. This takes Marty back 30 years to 1955. With this setback, Marty has to alter things significantly. This is not only because he alters the future, but he has to ensure his parents in the past, hook up and you know the rest. All this would be in order for Marty to have ever been born.

As we move towards the second film, many might consider it superior to the first film, but I feel partial to the first one even though this first sequel is not without its merits. Part 2 picks up right where the first film ended and finds Doc persuading Marty and his girlfriend to come back to the future with him. This isn’t met without concern, but they ultimately go through with it and many complications ensue. Part 2 can be a bit slow sometimes, and arguably darker than the first film, but it still has some fun moments. I felt the film can drag at times, but seen in the grand scheme of things, it works well enough. Once we’ve seen the first and final film, this one holds up better as we can appreciate where the series is headed. Many of us know that the second chapter ends with a “to be continued” tag before the closing credits. Imagine this pre-internet era and the anticipation must’ve been high.

Moving on to the third film and this one will excite fans of the western genre. It takes us back to 1855 after Doc gets transported to that year. Mary Steenburgen stars in the third film as Doc’s love interest. Admittedly, this film has a slightly different feel than the previous 2, but that can be refreshing at times as well. It also picks up literally where the second film left off. While a bit slow too at times, it gives us enough bang for our buck to make an enjoyable film overall. I think it’s because we’ve gotten to know and care about these characters that we want to see where their journey will end.

It should be noted that my remarks here will pertain to all three films. I honestly have no clue how this package stacks up to the previous versions as I don’t have them. Truth be told, I am unsure if I ever owned any on the Blu-Ray format. While a 4K set is available, this newly remastered Blu-Ray is the one sent to us for review. Let’s break it down by each film.

Back to the Future

The first films looks especially sharp here. As mentioned, I can’t recall previous versions, but I feel quite pleased. There’s a sharpness to things and strong details throughout. Colors are nicely rendered and all things considered, this transfer serves the film very well.

Back to the Future II

Also strong are the visuals for the second film. There’s certainly a lot going on here, so expect many different colors and details. I didn’t notice any major flaws or grain or other distractions during the duration of this one. Again, we have an AVC encoded 1.85:1 transfer that, like the first film, presents the film in near perfect fashion.

Back to the Future III

I always speak highly of the western genre (when done right) when it comes to HD. Here is no exception as the sunny landscape lends itself to some strong visuals. Like the previous 2 films featured in this set, I feel very confident that fans will revel in the strong visuals. How the 4K stacks up to this set isn’t for me to say, but you can purchase this set with confidence.

Back to the Future

The DTS HD track for the first film is quite strong as vocals and effects dominate. There’s a clarity that I have come to expect and really there’s nothing that became a serious distraction to comment on.

Back to the Future II

Moving to the first sequel we find another solid DTS HD track. I sometimes feel like I fall short of adjectives to describe a film’s soundtrack, but whatever concerns you might have, this shouldn’t trouble you. Vocals have the crispness and the rear channels get plenty of work. I never had trouble with dialogue or anything else really.

Back to the Future III

As we move toward the final film, this track certainly stays busy. Nobody can accuse these films of being slight as there’s a lot going on here. Background effects and sound comes through strongly as well as the vocals. All things told, these three films should satisfy fans.

A good majority of the extras we’ve already seen on previously-released versions of these films. But some new supplements have been added, so we’ll take a look at those as well.

Disc Two (Blu-ray) – Back to the Future II

Disc Three (Blu-ray) – Back to the Future III

This one can be a bit tricky. On one hand I can give a solid recommendation to fans of the film, but on the other I have to factor in a few things. Are many who own these films willing to upgrade for remastered picture and some new extras? And why not opt for the superior 4K editions? That is also in today’s era when it seems a lot of viewers are content with streaming. I am not here to make a decision for you, so the ball is in your court. I do feel this set is satisfying enough to warrant a purchase.