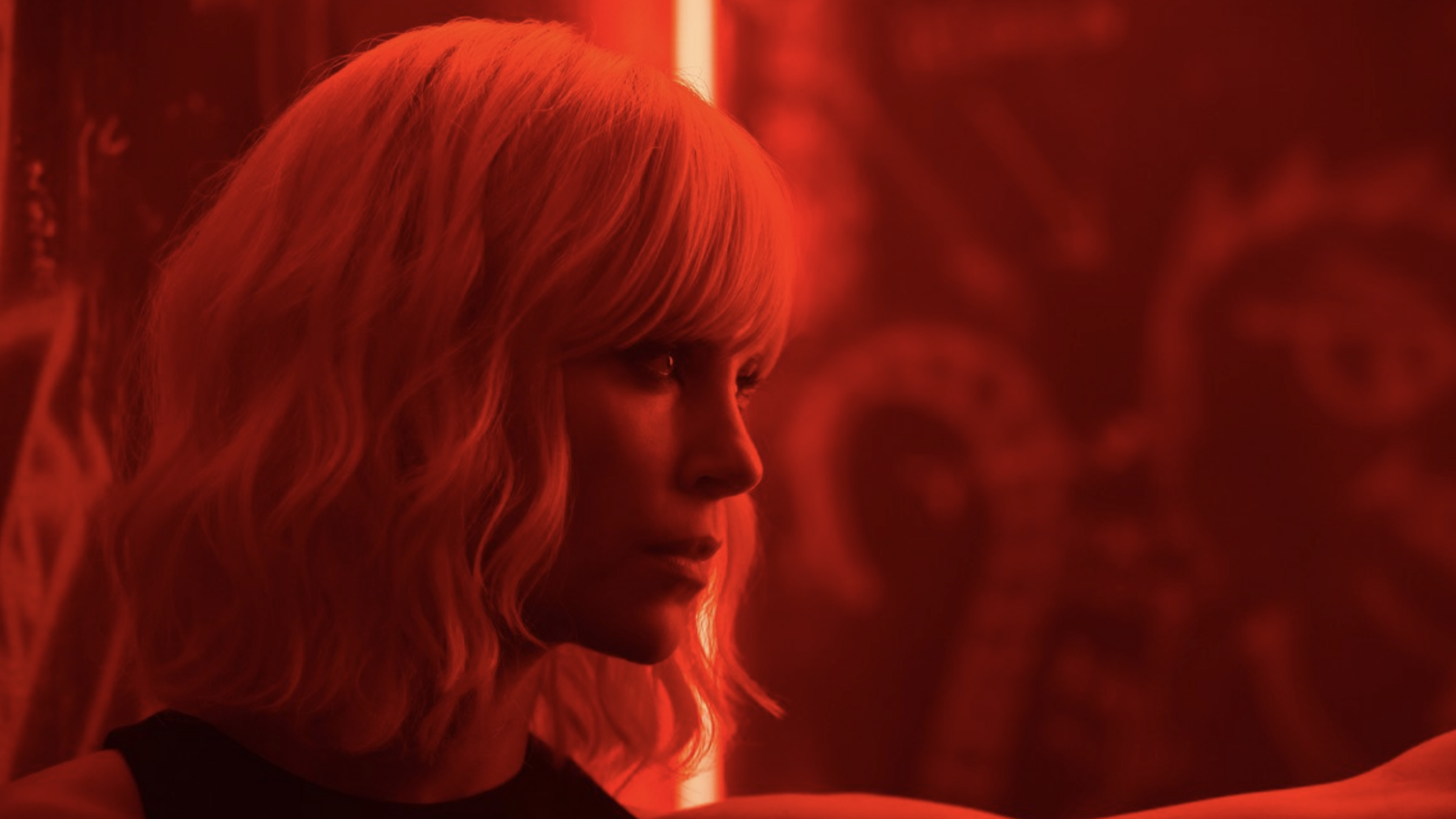 There are movies that come out every year that I look forward to and there are others that I just hear about. Universal made sure that Atomic Blonde was one that you not only wanted to hear about, but one that you needed to see. I’m a fan of Charlize Theron and I like the choices she’s made as an actress. Her performance in 2003’s Monster has been called one of the best – ever and not just the best of that particular year. She’s got looks, awards and has the luxury to pick and choose her projects carefully. Her collaborations with Seth MacFarlane in A Million Ways to Die in the West and on an episode of The Orville have shown that she’s not afraid of comedy, she’s astute at drama and after watching this film it can be said that action is one of her fundamentals to boot. But is the world ready for a female James Bond?

The film takes place in the late 80’s, set just prior to the fall of the Berlin Wall. Theron plays Lorraine Broughton, an MI-6 agent who’s been tasked to locate a list of double agents. This is no small feat and it’s no small job. “It could keep the Cold War going for many years.” Remarks a character. But nothing’s ever easy and to do this she has to make contact with David Percival (James McAvoy). Percival seems to be on the fence about his allegiance, but also seems to know how to get the job done. This brings us to Spyglass (Eddie Marsan), someone who has this mysterious list memorizes. So, it’s up to Lorraine and Percival to protect him lest he fall into the wrong hands (think of him as Charles Grodin’s character from Midnight Run). Broughton manages to connect (in more ways than one) with a French agent, Delphine Lasalle (Sofia Boutella) that might be of assistance. We get occasional flash forwards with Lorraine to an MI-6 official (Toby Jones) and CIA official (John Goodman) with whom she’s confessing all of this to.

In the end, Atomic Blonde does lack a bit in the plot department. And that’s not necessarily a bad thing. I don’t think they were thinking “Best Picture material” when they were making this. Moreover, I feel that this film (and others like it) are made for pure entertainment value and for me it provided that. Yes, it’s a bit violent, but when you’re so desensitized to movie violence, I hardly noticed it (my wife was another story). I did like the backdrop of the late 80’s in Berlin and let me tell you that it’s so refreshing to see a movie that doesn’t have a cell phone in it. I mean really…that said, I don’t know if they were trying to start a new franchise here or this is just a one shot. And again, it doesn’t really matter. Sit back, relax and watch Charlize Theron kick some ass.

The 2.40:1 HEVC 4K transfer has a unique look and feel to it and you won’t hear me complaining about a nearly nude Charlize Theron (I don’t know if she used a body double and, frankly, I don’t care). The look of 1989 Berlin is certainly a bit bleak and thus shows us a muted color palette. That said, the movie also has its share of color which is used to great extent. For a point of comparison, take a look at any of the Jason Bourne movies and you’ll get a good sense as to what this looks like. HDR is used effectively, contrast is stark and black levels solid. It looks great!

The included DTS X soundtrack on the 4K disc is, quite simply, amazing. I listened to the “downsampled” DTS HD Master Audio track and that sounds pretty darn good as well. Either will light up your system. The film makes no secret of the spy world, we get all the obligatory set pieces as well with gunfire, well-choreographed fight scenes all of which engage the speakers to no end. The atmospheric mix of the DTS X track, of course, gives the edge there and it’s a rapid-fire (pun fully intended) ride that’s sure to please. Absolutely no complaints here.

If you’ve ever longed for a female James Bond film filled with a little more sex, drugs and violence (and women on women scenes) then Atomic Blonde might be right up your alley. I felt it lacked a bit in the plot department, but the action, timing and overall look and feel of it more than made up for it. I was entertained.

This Steelbook is the exact same release as the regular Ultra HD 4K Blu-ray version, aside from the Steelbooks casing and new (and admittedly much better-looking) cover art. Steelbooks are very collectible, but for me I’d really have to like the movie to buy it again due to a new cover. To each their own, though.