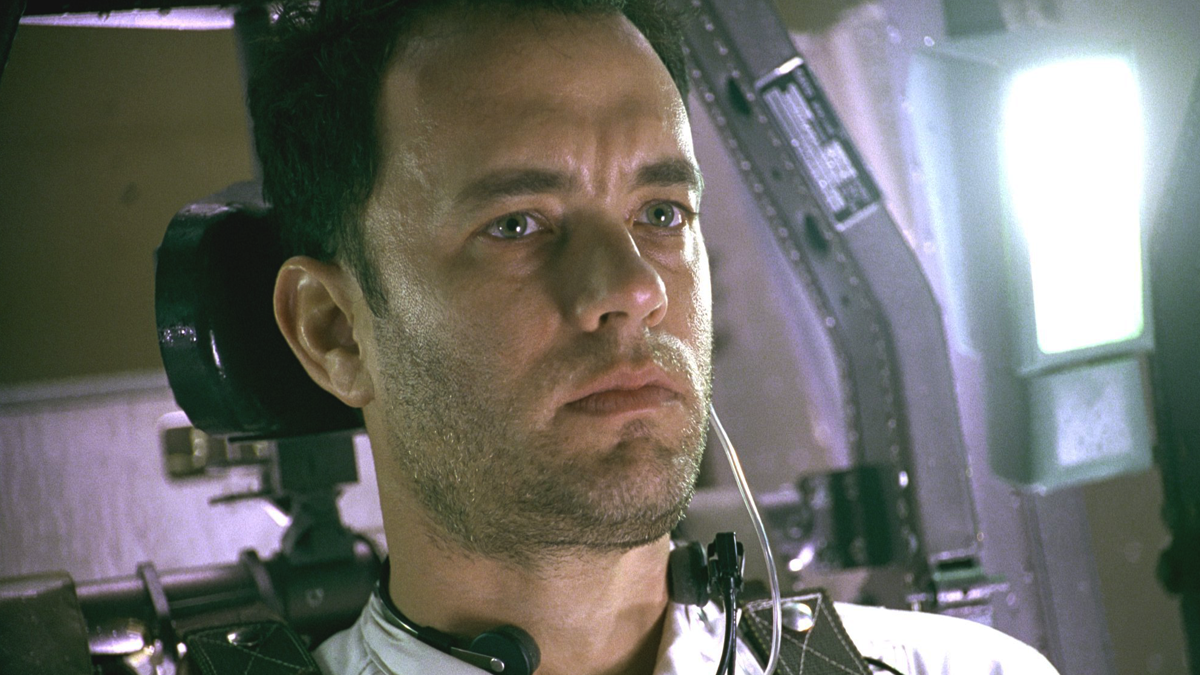 It’s hard not to think of the space program without having some memories…Man walks on the Moon in July 1969, Shepard orbits the Earth 8 years earlier and a mission that no one really thought about, until it all went wrong.  Apollo 13 is the true story of the mission that had America on it’s feet and listening to every word that was uttered for four days. Ron Howard has assembled a near perfect cast with Tom Hanks playing flight commander, Jim Lovell. This role garnered Hanks his third consecutive Best Actor nomination and it’s well deserved, as Hanks was perfect for the role. The rest of the cast, while not quite as stellar, only added to the intensity of the movie. Gary Sinise plays Ken Mattingly, the crew member who was sidelined at the last minute due to a case of the measles (which he never got). Kevin Bacon plays his replacement, Jack Swigert and Bill Paxton plays the third member of the crew, Fred Haise. There’s no telling how the flight would have gone had Mattingly been up there with the original crew, maybe fine, maybe none would be here today. It’s just one of those things.

Nevertheless, the story of Apollo 13 is one of the most remarkable in recent history. The story starts off before the flight and introduces us to the lives of the members of the crew. Kathleen Quinlan, who also was nominated for an Oscar for her performance here, plays Lovell’s wife Marilyn. We see how passionate Lovell is for his job and that he’s a natural born leader, and that’s part of what Hanks brings to the role as well. Things progress normally, and the flight is treated as another “mission to the moon”, but Lovell in an interview remarks “There’s nothing normal about going to the moon” and he’s right. When you think about it, look at what we’ve accomplished! Once airborne, the flight seems to be taking place just as they practiced. With the flip of a switch, a routine stir of the Oxygen tanks, the whole mission is ended and the only thing that matters is getting home alive! It’s about at this time where we see the crew and the members of the ground crew (led by Ed Harris) come together. We see the smartest people in the world trying to figure out how to get three astronauts, who are 200,000 miles from home, back safely.

Apollo 13 is not only good because it’s a story of triumph over impossible odds. It’s good because of a number of things. First, with Ron Howard directing a movie, odds are it will be good. And second with Hanks, Harris and Bacon in starring roles you’re bound to have a hit on your hands. It doesn’t concentrate on the beginning of the space program like “The Right Stuff” or how it all happened from the ground like “From the Earth to the Moon. Apollo 13 chronicles one of the most significant events that happened this century, after all…what would have happened to the space program had Apollo 13 not made it back to Earth safely?

It was only a matter of time before we saw this title on Ultra HD and much like Criterion takes care of their titles, Universal has taken their time and give us this now “classic” film. It’s immediately evident in this 2.35:1 HEVC 4K encode that the film has benefitted from this laborious process. Blacks are deep and dark, contrast is solid, detail has been improved and colors seem more lively and lifelike.  I noticed no grain on the print, save for a minor few scenes with some stock footage. The film has a very sleek quality to it, like you’re watching it on a live HD broadcast.

Universal seems to be embracing the DTS X audio and it works here. Then again, the previously-released Blu-ray (also included here) with its DTS HD Master Audio soundtrack didn’t exactly disappoint.  Vocals are solid and strong, the front directional channels propel the noise the surrounds thereby creating a very immersive experience. There’s a bit more immersion here, as can be expected with any object-based sound mix.Not that it needs to be said, but James Horner’s score is second to none. A fine effort here as well.

The 20th Anniversary Edition came out in 2015 and what we get here is essentially the same thing, supplements-wise. The two audio commentaries are the only thing on the 4K disc, with the remainder of the supplements residing on the Blu-ray.

Most movies don’t age well. Apollo 13 is one that does. It doesn’t hurt that it’s one of the most inspiring stories in U.S. history, but the fact that it’s chronicled and so expertly well-acted and directed doesn’t hurt. For those that missed out on the anniversary edition a few years back, this one 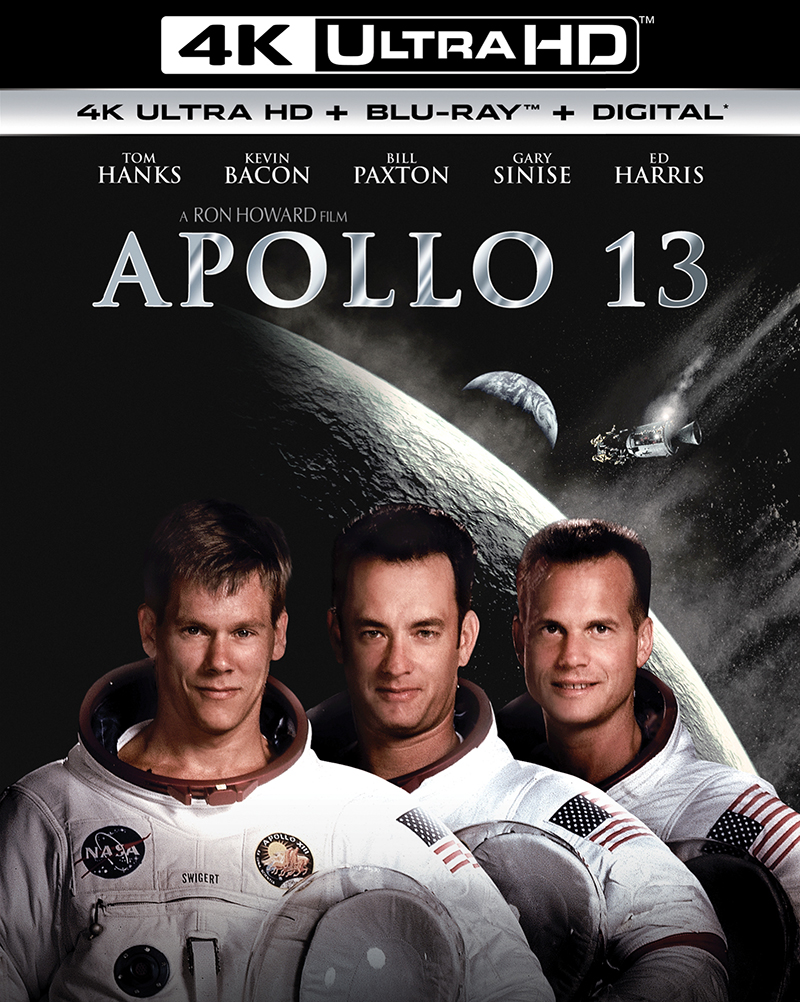