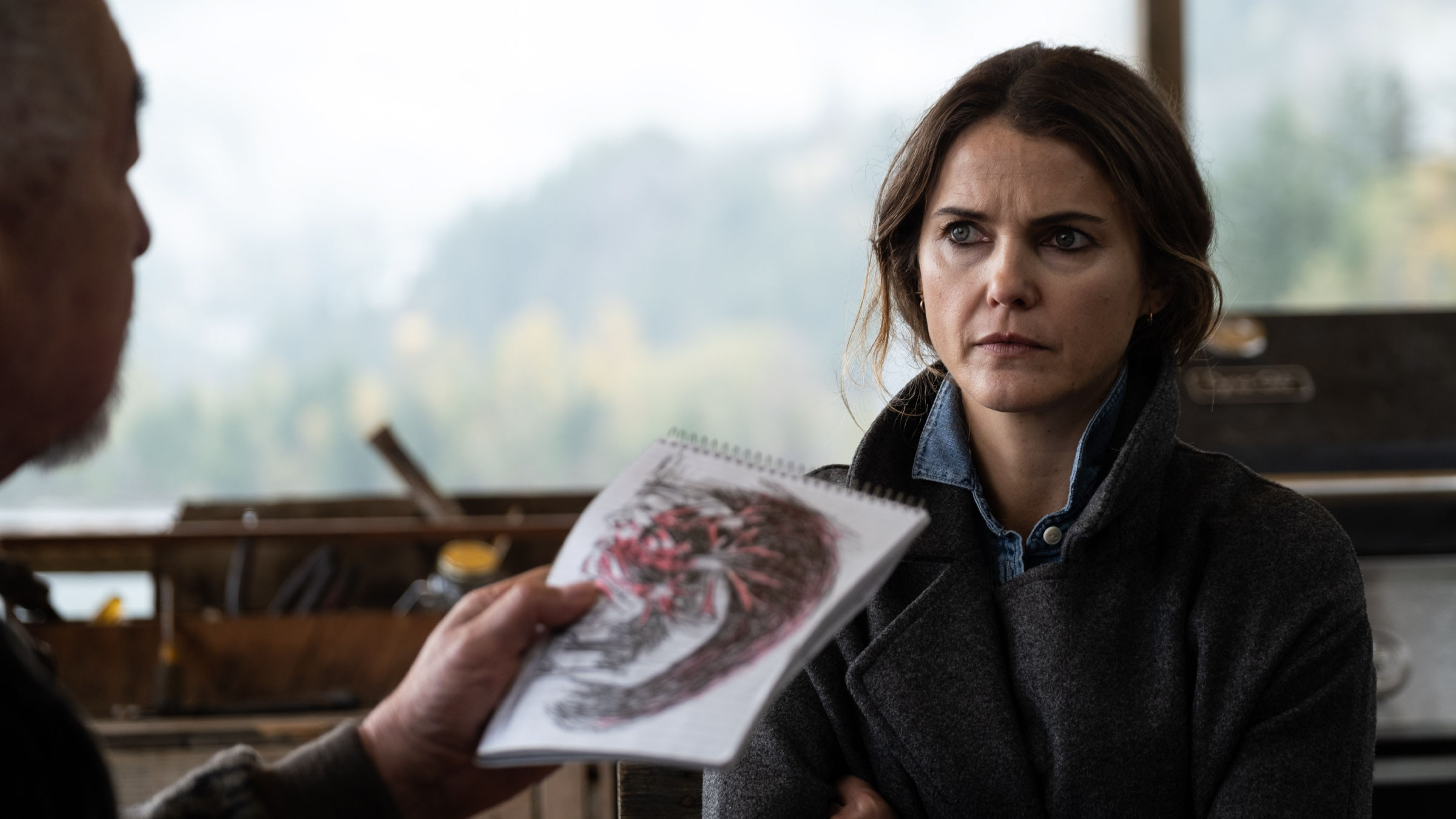 I have to be flat out honest – I’d never heard of Antlers until Disney/Fox emailed me about it. I had no idea that it was shot in 2018 and spent a few years before finally being released and didn’t know that it was produced by Guillermo del Toro. About the only thing that got any recognition from me was that Scoot Cooper directed it. I’d become somewhat of a fan of his with Black Mass and Crazy Heart (earning Jeff Bridges his long-overdue Oscar for Best Actor). After a quick glance at the cast, I raised my eyebrow and said – “Ok, this has potential.” Having no idea what to expect, I quickly deduced that with Guillermo del Toro in the mix and a look at the cover (antlers, obviously) that it’d be in the vein of some of his films. I was correct…sort of.  This is why you never judge a book by its cover (or in this case, a movie by its Blu-ray box art). Let’s get started.

The prologue introduces us to  Aiden (Sawyer Jones) and his father (Scott Haze) who’s set up a makeshift meth lab in an abandoned coal mine. Something growls in the distance…moving forward a few years we meet Lucas (Jeremy T. Thomas), Aiden’s brother. He’s a troubled lad who draws horrible images in his notebook, wanders into the forest and throws dead animal corpses into the attic. Lucas’s teacher (Keri Russell) assumes that he’s being mistreated and follows him to investigate. She learns, with help from her brother (Jessie Plemons), the town sheriff, that the drawings are of an ancient Indian spirit know as the wendigo. This is confirmed by Warren Stokes (Graham Greene). Things go from bad to worse.

I suppose that I could classify this as a “monster movie.” That’s to say, there are some pretty supernatural things happening within the confines of the film and I’m willing to bet that no matter what the Indian spirits say, there’s no such thing as a wendigo. If there is, I don’t want to meet it. What seemed to be lacking, however, was a central, linear theme. It just seemed to be a series of scenes that seemed “neat” and was somehow pieced together as a film. Take, for instance, a scene in which Julia (Russell) stares at a bottle of alcohol in the grocery store. It’s never explained why, though we assume she’s had a problem in the past. It’s then forgotten. The same thing goes for the “beast” itself – we see a few brief sequences, but by and large it’s all a lead up to the final scene. And maybe the “less is more” approach was the one they went with here. I disagree. It’s not an awful film, to be sure, but it wasn’t really what I was expecting and I felt it could have been a whole lot more.

I’ve always had some unexplainable allure with the Pacific Northwest. My wife and I visited Seattle a few years ago, but that’s about as far as it goes. I don’t know what it is, the perpetual fog, the mountains and trees – something just “calls” me there. Then again, it might be the most miserable place on the planet. I mention this, of course, since Antlers takes place in Oregon (technically it was shot in British Columbia, but hey…close enough). That said, we don’t get a lot of bright, sunny days in the film. Zero, in fact. This promotes a very muted color palette, though I found detail exceptional. It’s also somewhat saddening to see that Keri Russell is actually showing signs of aging! Can’t she stay in Felicity mode forever? That said, the 1.85:1 AVC HD encode certainly has a “del Toro-esque” vibe to it, so anyone familiar with his work will feel at home. It’s a good-looking picture that’s sure to please.

The DTS HD Master Audio mix has a few moments that made me sit up and take notice but, by and large, this one isn’t the most interesting track. Certainly a few scenes do engage the surrounds, giving us a very active rear mix though the front stage takes the the weight off its rear counterparts. No complaints with the vocals, they sound sharp and crisp. I’m not sure if there’s an antecedent for a man molting into a wendigo, so we’ll give the sound mix a free pass on that one. All in all, it’s a lively track, but one that serves its purpose.

I assume there was a reason this film sat on the shelf for three years before finally being released. I found a few moments of it interesting, but by and large kept staring at my watch. The cast, led by Plemons, Russell and Graham Greene do a fine job, but aside from that – if you’re looking for a Guillermo del Toro-inspired film, just watch one of his instead.