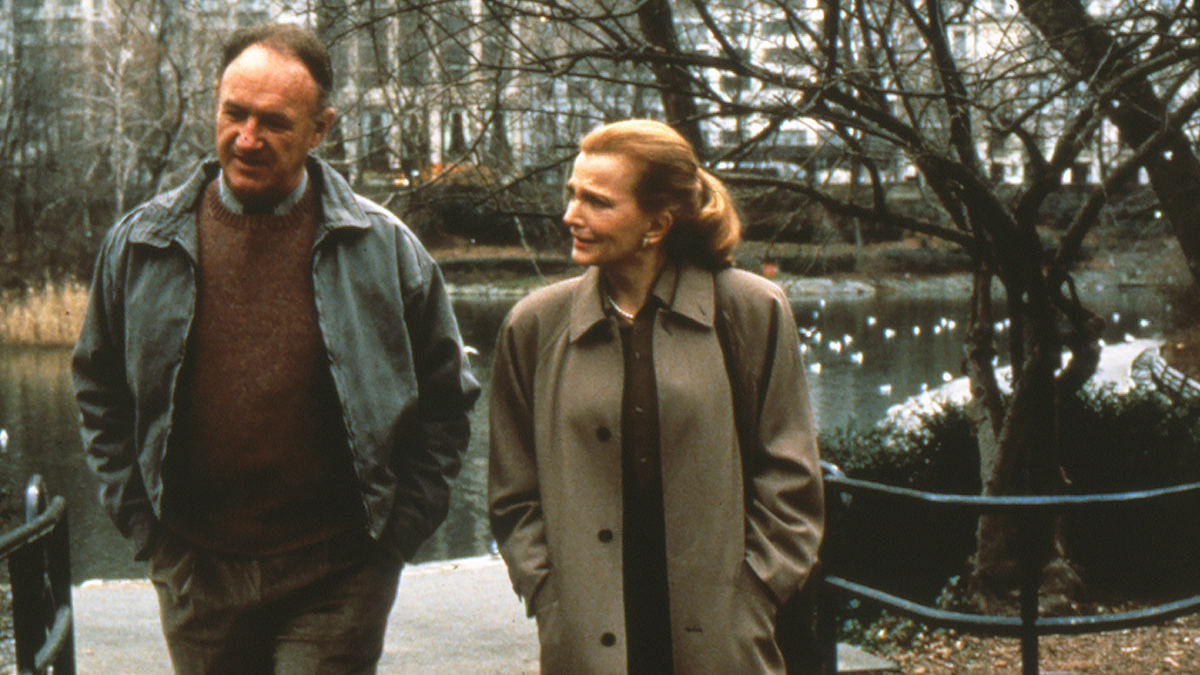 I am currently working my way through Twilight Time’s excellent catalog and in particular I have been making my way through their Woody Allen films that they have released. I started with Stardust Memories and Interiors, then watched both Love and Death and Crimes and Misdemeanors. It was just my luck that this month Twilight Time decided to release Another a Woman, so I took it as a sign that I should watch that one next.

Another Woman was made in 1988 between September and Crimes and Misdemeanors. This was an incredibly creative time for Allen and he crafted some of his best work in the late Eighties. Another Woman finds Allen in a serious mood with almost no jokes in the film whatsoever. The film is a character study of an acclaimed middle-aged writer and former professor named Marion (played by the Cassavetes favorite Gena Rowlands.) Marion is somewhat complacently married to Ken (Ian Holm) and has a strong relationship with Ken’s daughter Laura (Martha Plimpton,) even though Marion helped break up Ken’s marriage to Kathy when Ken pursued an affair with Marion. Ken also has a good friend named Larry (Gene Hackman) who professed his love for Marion. While on sabbatical to write a new novel, she spends her days at a rented office where she can hear through the vents the psychiatrist’s office next door. Hearing a very unhappy pregnant woman (Mia Farrow) through the vents, Marion decides to seek the woman out and try to talk with her. Their discussion sheds a lot of light on Marion’s own troubles, including her poor track record with her brother and her suicidal former husband.

Another Woman is a good example of how well Allen had developed as a writer since Interiors. In Interiors, despite still enjoying the film, I felt that it was a little bit melodramatic. In Another Woman, Allen sensitively lays out one woman’s struggles in the middle of their life without any chord ringing untrue. What made the film refreshing was that none of the drama felt forced. Gena Rowlands is excellent as one would expect. Ian Holm and Gene Hackman both turn in solid supporting roles. Anybody looking for a funny Woody Allen film will be sorely disappointed because this film is not jovial in the slightest. It is also a really solid accomplishment for Allen who seemed completely comfortable writing in a woman’s skin. Fans of drama should really give this one a shot.

Twilight Time provided an excellent transfer of the film using an MPEG-4 AVC codec. This film is beautifully shot by cinematographer Sven Nykvist (best known for his work with Ingmar Bergman.)Sven Nykvist did work for Woody Allen on a few other pictures including cinematography on Crimes and Misdemeanors, Celebrity, and New York Stories. This film has the naturalistic touch that you would expect from Nykvist. Similar to Crimes and Misdemeanors, the transfer has exceptional clarity and color reproduction. This is one of the best looking of the Woody Allen Blu-rays that have been released so far. I am excited that Twilight Time will be releasing more in the coming months!

This Master Audio Mono track has excellent fidelity to the original elements. This film doesn’t have much going on except for discussions and narration, so it is nut going to give your speakers a workout. I didn’t detect any noticeable hiss or drop-outs of audio. No problems here whatsoever.

Another Woman is another example of why I consider Woody Allen to be one of the best singular minds in film. I am always spellbound by how adept Allen is at writing comedies and dramas. Gena Rowland’s is just plain great in the film. I appreciate that Twilight Time have brought it to Blu-Ray with excellent technical specs. I can’t wait to see what other Woody Allen films they release this year!