Annie Get Your Gun (Blu-ray) 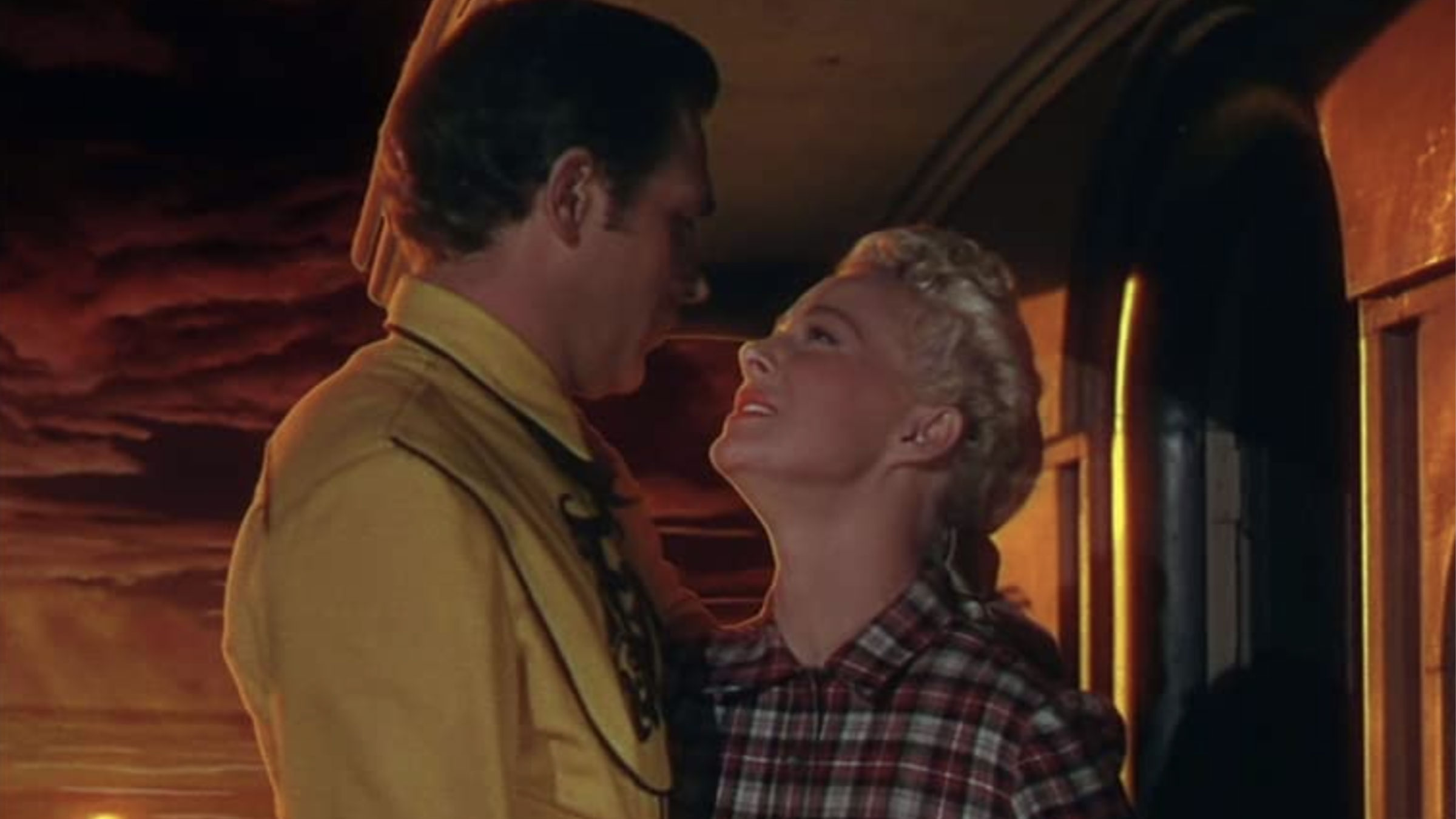 In April 1989 my journalism teacher suggested I try out for the school musical (she was directing). I declined. It was The Music Man and I’d seen the movie, but hadn’t really ever done anything on stage before. After seeing the musical (the entire school was required to attend for one of the performances) I loved it. Seeing my friends on stage was something that I’d gravitated towards. I told her that next year I wanted to be in the school musical and she gave me an “I told you so” look. The next year rolled around and I was cast in Annie Get Your Gun. I can’t really hold a tune, so I got a larger part, but a non-singing role. That’s fine. I had a blast and did one the next year as well, The Pajama Game. Suffice it to say that a bunch of kids in Little Rock, Arkansas can’t hold a candle to Betty Hutton and Howard Keel, but we did the best we could.

Most everyone knows the plot of the movie without having seen it. Annie Oakley (Betty Hutton) is a renowned sharpshooter in the “Old West.” She joins Buffalo Bill’s Wild West show where she meets her match in Frank Butler (Howard Keel). The two are rivals and don’t hit it off initially, but soon realize that they’re right for one another. There’s plenty of songs along the way, notably “Doin’ What Comes Naturally”, “Anything You Can Do (I Can Do Better)” and perhaps the most immortalized of them all – “There’s No Business Like Show Business.”

That’s not much of a plot, but with some of these musicals, it’s all about the singing and dancing. And Annie Get Your Gun has them in spades. It’s no secret that Judy Garland was originally the choice to portray the legendary Oakley, but things never panned out. Even in some of the outtakes show Garland in fine form, but she just looked…tired and unmotivated. Hence, she was fired from the film and replaced by Betty Hutton who did a wonderful job. This one has it all and it’s one that I’ll always remember as my first musical. I even saw this on Broadway back in the late 90’s with Bernadette Peters in the title role along with Tom Wopat (“Luke Duke” from The Dukes of Hazzard). What a treat!

When it comes to re-mastering films, only a handful of studios really put the time, effort and money into their catalog. This is the case with Warner Archive who consistently brings us sparkling new transfers that make our collective jaws drop. Annie Get Your Gun has benefitted from a new 4K transfer sourced from the original Technicolor nitrate negatives. And it shows. Oh, it’s glorious! These films from the 50’s have never looked so good. Colors pop. Detail is improved and even though the aspect ratio is full-frame, it’s far and away the best the movie has ever looked. This is yet another feather in the hat of Warner Archive, who continues to deliver.

Musicals, by and large, are always fun to listen to. You never know what line of dialogue will lead into a song. Thankfully, Annie Get Your Gun is full of them! Included is a new DTS HD Master Audio 2.0 mono mix. That’s a mouthful, I know. The soundstage is a bit limited, but it doesn’t sound limited. There’s a nice equal balance at work here and though there are no surround sounds to be heard, I found this a very naturalistic representation of the film. Vocals seem fine, not harsh or sharp and the songs (it’s OK to sing along) are pure magic. Well done.

The phrase “they don’t make ’em like they used to” is certainly applicable here. This, along with countless others, epitomized the lavish musical of the 1950’s. I have more of a personal connection with this one (as referenced to above), but watching it again after so many years really brought back a lot of memories. Warner’s Blu-ray has breathed new life into the film and fans shouldn’t hesitate to pick this one up.