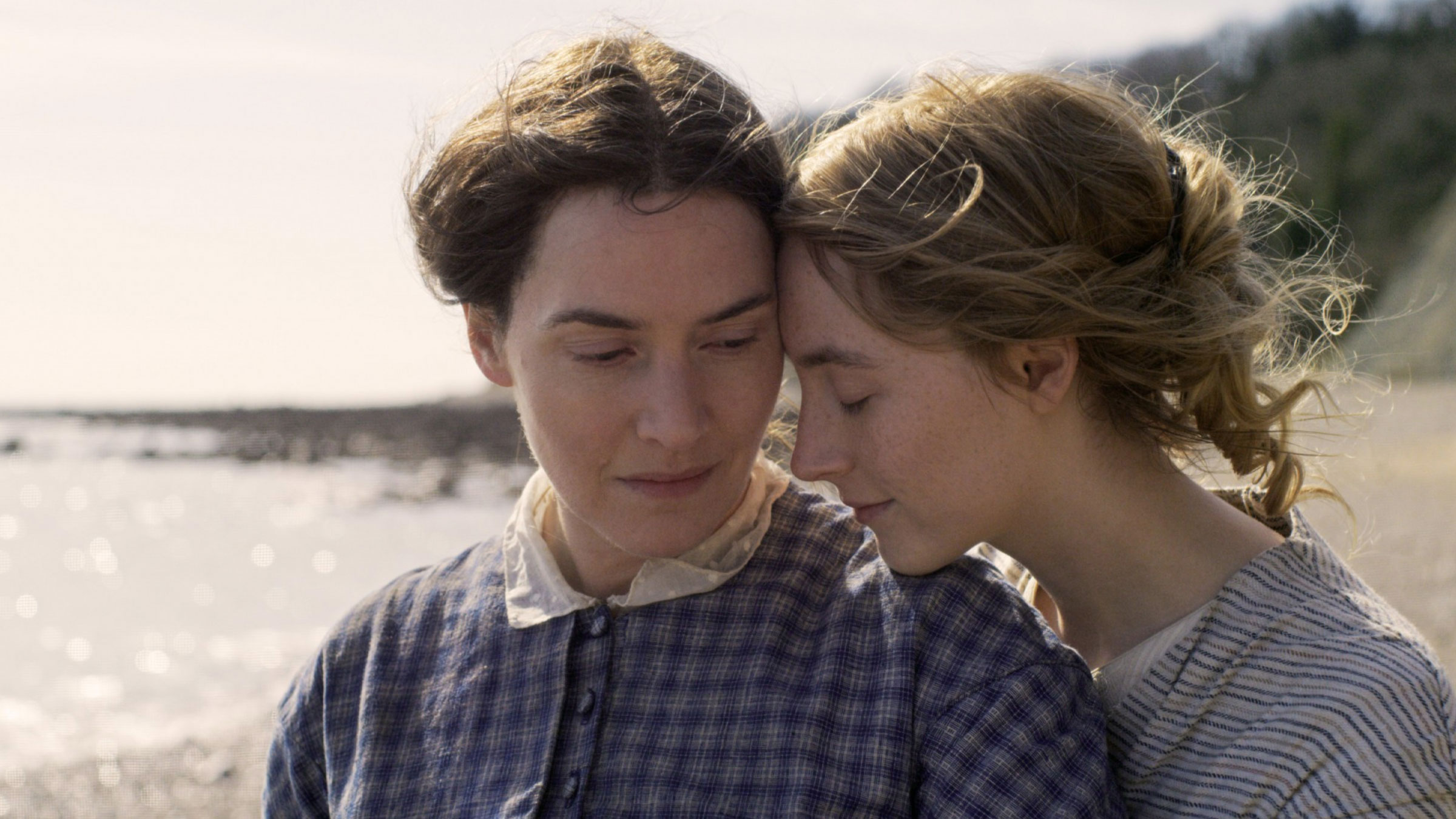 Having reviewed movies on DVD, Blu-ray and 4K for over two decades I can say that there are films that I can’t wait to arrive. There are others that, once I make time to sit down and watch them, I enjoy. And then there are those that…well, they just sit there gathering dust. Ammonite is one of the latter. But all it took was an email from Universal asking for my coverage to get the wheels in motion. I’d not heard of the film aside from a co-worker of mine asking if I’d seen it. I checked out the trailer, saw that it starred Kate Winslet and Saoirse Ronan (two fine actresses) and figured that it couldn’t have been that bad. After all, a great performance sometimes elevates a “so-so” film into something much more watchable. This, of course, begs the question – did the duo of Winslet and Ronan do this or was this two hours of my life I wanted back?

Winslet plays Mary Anning, a paleontologist who lives with her mother alongside the coast of Lyme Regis circa. 1840. Mary is past her prime, but still fritters away at her “passion”, searching for fossils along the coast that she can sell to tourists. It’s not long that Mary finds herself caring for a younger, depressed woman named Charlotte (Saoirse Ronan). Her rich and apathetic husband (James McArdle) has left her while on a tour of Europe. The two seem to have some chemistry and this is where the film pivots from what’s factual and what happens on screen. Both women have individual identities, though part of what brings them together is the discovery that these two, coming from varied backgrounds, surprisingly have in common.

There is no historical evidence that Anning was a lesbian and, truthfully, it really doesn’t matter. She died of breast cancer at the age of 47. The film takes its liberties with what did and/or didn’t happen with Charlotte to make the film a bit more entertaining. Director Francis Lee tries to explore this during the course of the film. I, however, tend to look at things on a more literal and logical level – it’s a period piece about two women living in harsh times and conditions. One finds a fossil. In a bit of trivia: an ammonite is a fossil that closely resembles a nautilus. You’re welcome. In summary, I’m sure Ammonite has an audience. The performances by Winslet and Ronan are what keeps the film afloat, but when I said “…a great performance sometimes elevates a ‘so-so- film into something more watchable…” I might have been mistaken.

I try not to be one to judge a book by its cover (or, in this case, a movie by its cover art) but I couldn’t help myself. While watching the film I have to say that my assumptions were fairly spot on. There’s a very icy, blue and corporate (read: cold) look to the way this film appears. Several of the indoor scenes are lit by nothing more than a candle. Flesh tones seem a bit muted and pale, but having been to this area of the world, that’s how things really do look. The 1.85:1 AVC HD encode doesn’t look bad by any means, detail is razor sharp. Some scenes do tend to have a bit of “murkiness” to them that does take a bit away. On the surface it looks good and as it should, but this one won’t win any awards for use of color. Quite the opposite.

There are a few times in which the included DTS HD Master Audio mix makes its presence known. The crashing of waves of the sea comes to mind. But those are few and far between. I found this mix to include a sampling of naturalistic sound where vocals sometimes got lost in the mix (pardon the pun, of course). Surrounds are used sparingly, though they do offer a little more to some scenes. It’s a fair-sounding sound mix that’s a bit inconsistent, but by no means a loss.

On a technical and artistic level, there’s nothing wrong with Ammonite. It’s well-written, directed and acted. But it will, by no means, get your blood pumping. I lost count of the number of times I looked at my watch during its two hour runtime. Some were put off by the factual inaccuracies, but it’s a movie – not a documentary. That said, the disc boasts a fine-looking (albeit bleak) picture, one supplement and there’s not even a digital code. To put it bluntly, this Blu-ray should only be on the shelves of true fans.