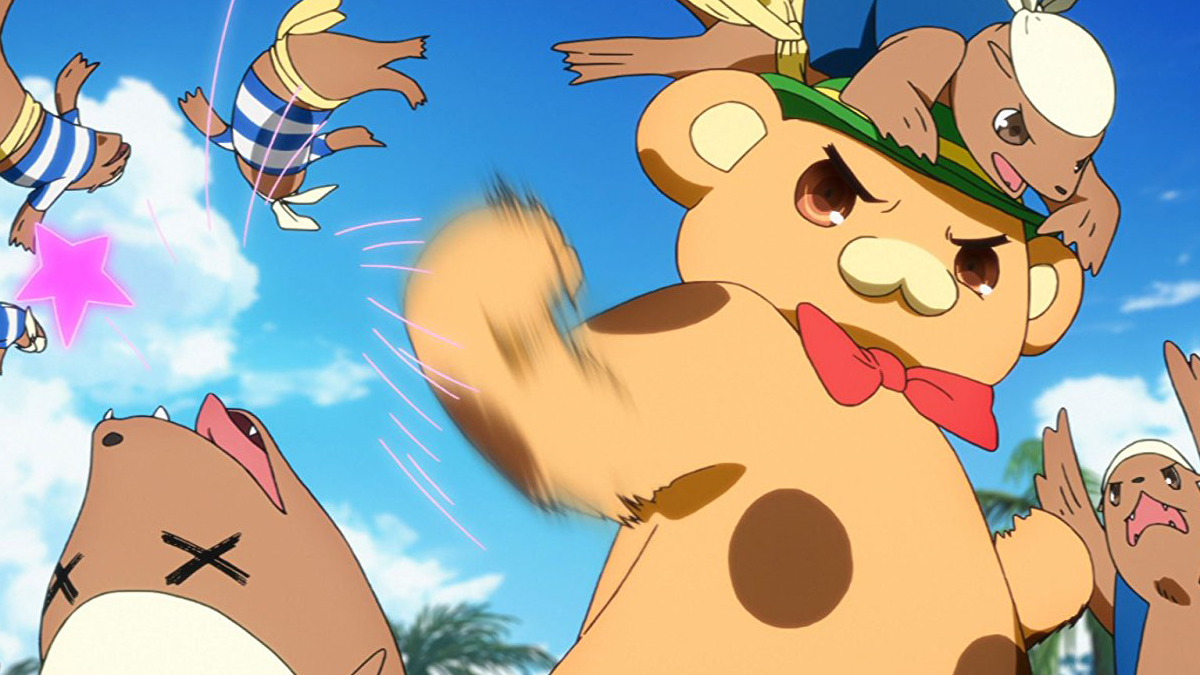 Some guys dream of being asked out by girls, but Seiya Kanie never imagined he’d be asked out by a girl…at gunpoint. Of course, he agrees to go out with her and not just because of the threat of imminent death.His date with transfer student Isuzu takes them to Amagi Brilliant Park, an amusement park that is quite unusual. The park is not known as a hot destination, thanks to rides that can be quite dull and a staff that seems disinterested. But this is where Isuzu wanted to go, so Seiya joins her, unaware this is one date that will change his life. Once in the park, Seiya is then pressured to take over as the park’s manager, as the current manager and princess is at her limit. Amagi Brilliant Park houses some real secrets, as it is a magical place not just in words, but as in actual magical elements. He also learns the workers are actually the characters themselves, not just employees wearing colorful costumes of all kinds. The park allows them to entertain and draw on the energy of the crowds that attend, giving them life and a purpose and a place to live. But with attendance down and the need to draw in huge crowds at critical levels, can Seiya turn the park around in time or will the magic be lost forever?

This thirteen episode anime series has a solid concept and some colorful characters. The main narrative balances between the drama of the impending doom and the humor of the park’s over the top residents and attractions. I think the series works better when the humor is the focus, but the drama does lend urgency and keep the story on track. The real stars of Amagi Brilliant Park are the assorted characters that roam the park, each with their own stories to tell. Not all of the side stories are explored in depth, but given the time constraints involved, I think a good amount of development is present. You’ll learn about custody disputes, anger over accusations of IP theft, and sexual harassment, all wrapped in amusing side stories. I found Tiramie to be my favorite of the troupe, with a “dad joke” sense of humor that hits the mark. Isuzu is a great character as well, able to play straight and let the others play off her, which is valuable. I wasn’t a huge fan of the princess and her more dramatic storyline, but as I said before, it fits well and serves a purpose. The quality of animation is quite good and that brings the story to life in colorful, well crafted visuals that are a pleasure to watch in motion. I had a lot of fun with Amagi Brilliant Park, as it has a good story, fun characters, and skilled animation, so it earns a high recommendation.

The episodes are presented in 1.78:1 widescreen. This series looks excellent here, with vivid colors and a razor sharp picture that never disappoints. This transfer provides smooth contrast and color levels, as well as strong detail that really lets the animation shine. I don’t know what else to say about it, this is just a fantastic treatment.

You can choose between the original Japanese in a DTS HD 2.0 soundtrack or an English language version, presented in DTS HD 5.1 surround. I sampled the English track, but watched most of the series with the original Japanese and found both to be technically solid. The music tends to be the most active element, but the general sound effects come through well also. No issues with dialogue, so overall solid mixes in both cases. You can also enable English subtitles.

A good anime series that blends humor and drama well, all within animation that is colorful and creative. A great technical presentation to boot, so fans will be quite satisfied.