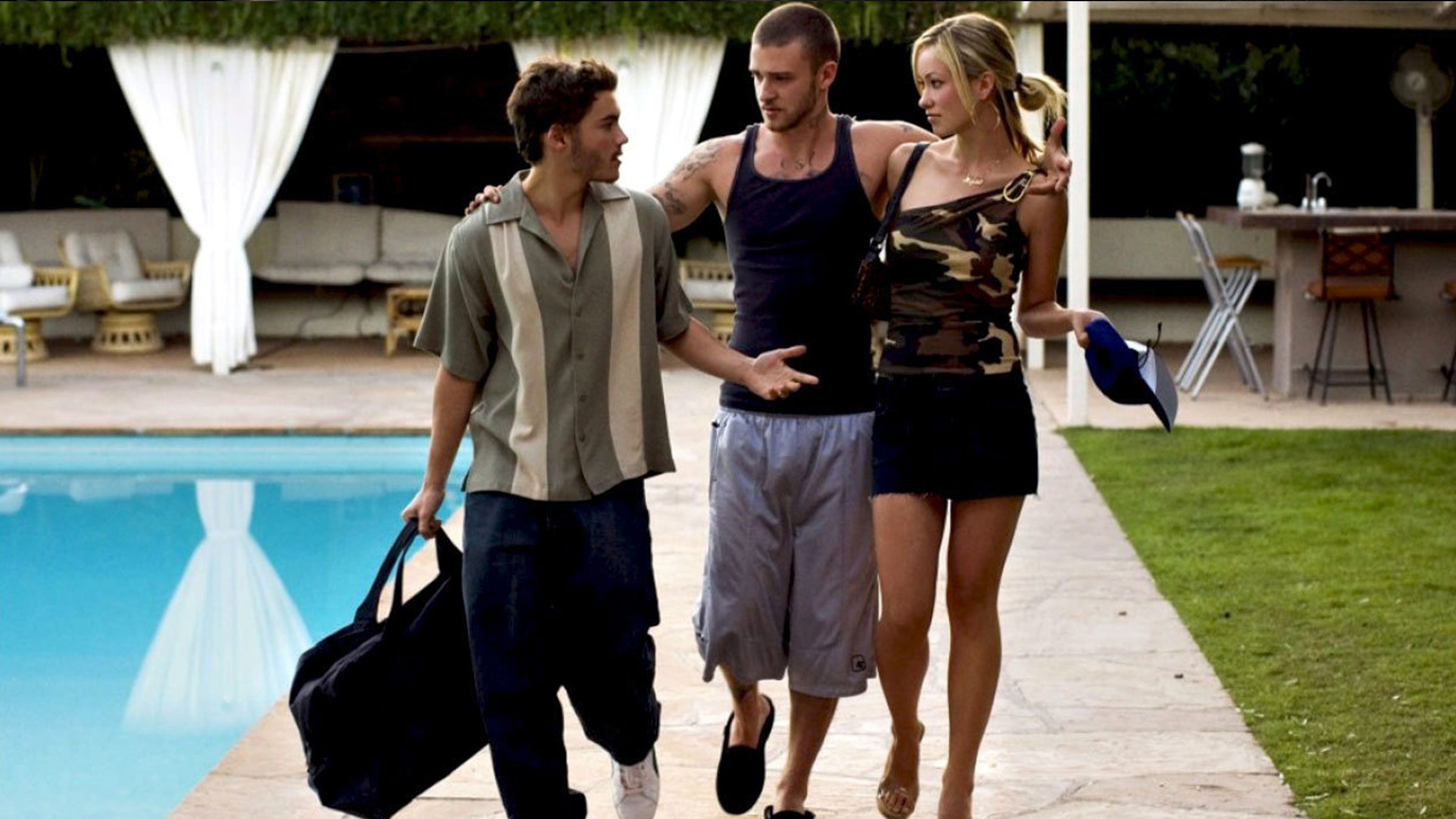 About the only thing I knew about Alpha Dog was that it had Justin Timberlake in it. It wasn’t until I sat down and watched it that I realized it was based off a true story. Sure, the names have been changed (like “Jesse James Hollywood” is now “Johnny Truelove”) but the story, as they say, remains the same. I have to admit that I’ve never really been a fan of hip hop music or anything that Timberlake has been associated with, but there’s something about the guy that does make you want to stand up and listen. That and I think that he’s finally shrugging off that “wardrobe malfunction” from the Super Bowl a few years back. This isn’t all Timberlake’s movie though; it’s got a pretty good supporting cast with Bruce Willis and Sharon Stone in some cameos. That’s Alpha Dog on the surface, let’s delve a bit deeper shall we?

Alpha Dog takes place in the past, the year 1999 to be exact. We meet the cast of characters as they’re living it up. Johnny Truelove (Emile Hirsch) is the sometimes questioned leader of his crew as a small time drug dealer near Palm Springs, California. Johnny has faithful and dedicated help and usually gets business done one way or the other. On this particular occasion, Jake Mazursky (Ben Foster) comes up short on cash while trying to pay Johnny. The two have it out and as fate would have it, Jake’s kid brother, Zack (Anton Yelchin) is kidnapped by Johnny and a few others. The plan is relatively simple, hold Zach hostage while Jake comes up with the rest of his money and then he’s returned. What happens is a snowball effect that has Johnny and his crew running for cover. Knowing that they’re facing life in prison for kidnapping, they must make a dire decision to save their own hides or do the right thing and send Zach back to his family. Ironically, Zack doesn’t resent his captors, in fact he has a pretty good time partying it up and even having a little time alone with two (yes, two) girls in a swimming pool.

As I mentioned above, the happenings of this movie were a much publicized event several years back and my thoughts must have been elsewhere as this was all news to me. The real “Johnny Truelove”, Jesse James Hollywood, has openly campaigned against this movie (from prison) but we see what good that did. The characters aren’t totally immoral like those of some other films; they’re just kids who don’t know the right thing to do. The main characters spend their time in this film either drunk and/or high on marijuana and the only beer that’s consumed is Heineken so either that’s all they drank or Heineken got some very good product placement. Alpha Dog didn’t really light up the box office , but I was actually pleasantly surprised by it. Give it a shot. No pun intended.

It’s been a while since I watched the film. A long while. I last saw it in HD-DVD if that tells you anything. Given that it’s been a dozen years or so, I haven’t the faintest idea what the HD-DVD looked like and, to be sure, it really doesn’t matter since that format died a very quick death. That said, I found the 2.39:1 AVC HD image better than I seemed to remember. While colors are bold and bright, I found some of the scenes to have a bit of a compression problem. To net it out, I saw some “jaggies” in a few of the scenes. Detail is very accurate, images look razor sharp in most every scene. The nighttime scenes seem a bit challenged, but I didn’t see any artifacting, they just had an off kind of look.

The HD-DVD contained a Dolby TrueHD sound mix. Don’t expect that here. We get a rehashed DTS HD Master Audio mix that’s taken from the Blu-ray. And it works. There are a few times when the soundtrack really shines, usually with loud dance music booming from all channels. Dialogue is rich and natural and directional effects give the movie an added ambiance. It’s nothing to write home about, but it more than serves its purpose.

Mill Creek isn’t big on supplements and, in fact, more often than not they actually remove supplements that are or were available on previously-released discs. That’s the case here as we get nothing.

Watching Alpha Dog a decade and a half after my initial viewing gave me a bit more appreciation for the film. I’m a sucker for movies based on true stories. I always think “what if I could be a fly on the wall when this actually happened? I wonder how accurate it is?” Or maybe that’s just me. Nevertheless, I don’t really see a need for this release. You can most likely find a Blu-ray in the bargain bin somewhere or on eBay for a couple of bucks. Mill Creek’s release looks and sounds decent, but honestly there’s no reason to pick it up.