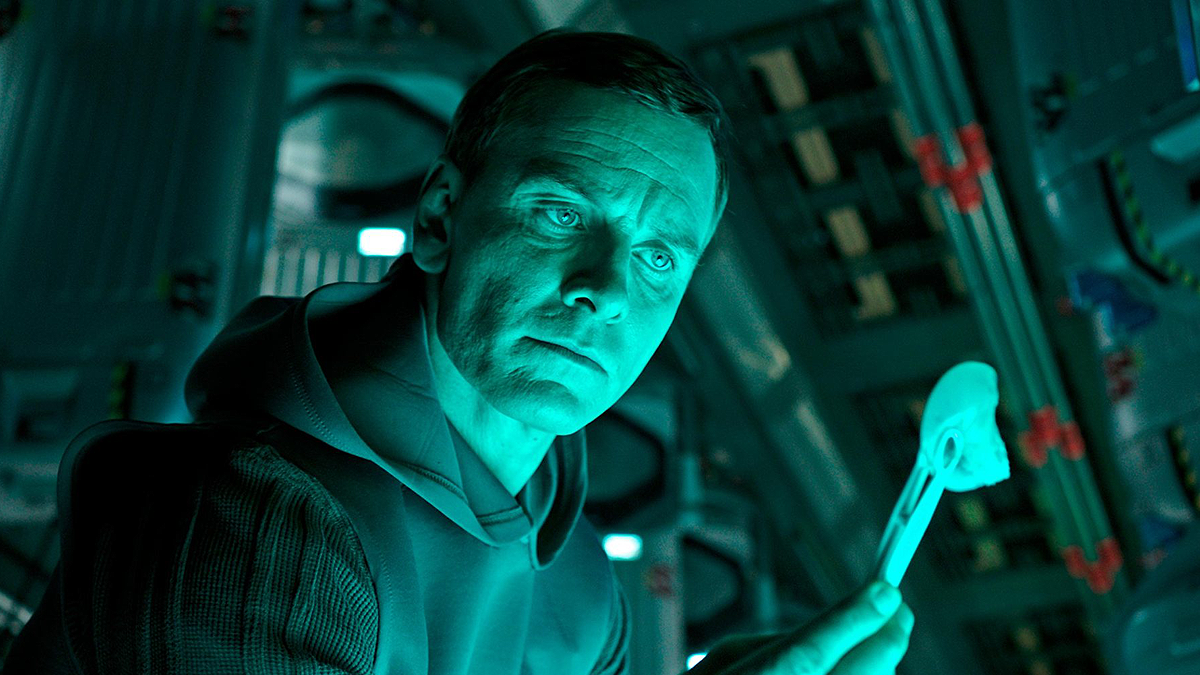 I love some of Ridley Scott’s films. I say this only because some of his films are much better than others. The original Alien is pretty perfect – frightening and claustrophobic. When it was announced that Ridley Scott was going to return to that same realm with Prometheus, fans were overjoyed. Then the movie came out and received incredibly mixed reviews.

Alien: Covenant begins with android David (Michael Fassbender) talking to his creator (Guy Pierce) about the nature of his existence and that of his creator. The film then cuts to space ship Covenant – ten years after the events that took place in Prometheus. Covenant is holding thousands of embryos and some colonists in hypersleep. When a spontaneous neutron burst takes out their solar paneling, the crew are violently jostled out of hypersleep. The crew leader, Jack (James Franco,) is burnt alive when his sleep chamber refuses to release him. This leaves the crew under the command of Oram (Billy Crudup.) this also leaves Daniels (Katherine Waterston) without a husband and second in command. Oram relies heavily upon android Walter (Fassbender, again) and begins to have the crew repair the ship. When Tennessee (Danny McBride) is sent out of the ship to repair the solar paneling, he receives a rogue message from a planet that seemingly could sustain human life even better than the planet they had originally planned to inhabit. Oram decides, against the advice of Daniels, to investigate the planet that had sent the signal. This planet has some very hostile conditions for the colonists.

Fans of Prometheus will probably find the new film enjoyable, but I would bet that most filmgoers will be slightly disappointed by the film. It has some frightening scenes, but lacks the intensity of Alien. This really feels like a pacing issue. It still has some interesting parts, with a strong buildup and interesting final scenes, but the film overall can not live up to the franchise’s status. On the good side, Ridley Scott is still engaging in his direction. The performances are pretty good with Michael Fassbender essentially stealing the movie, but the lead actress, Katherine Waterston, was not entirely convincing to me. The movie is by no means bad, it just isn’t nearly as good as it could be.

Scott has once again teamed with cinematographer Dariusz Wolski, who was also responsible for The Martian and Prometheus. He’s got a very consistent look and feel to his films and it’s one that I personally love. There’s always a lot of information on screen in a Ridley Scott movie and, certainly, Alien: Covenant is no exception. As we might expect, this is a darker film with bluish and greenish tones persisting. This leaves the door wide open for all sorts of errors to creep up, but I found nothing of the sort. Contrast is strong, black levels solid and even though there are a few fine particles here and there, I wasn’t the least bit let down. Fox’s 2.40:1 HEVC 4K image is stunning in every way, shape and form and it’s a testament to the format.

I remarked in a recent review how “…some studios do it right and others don’t.” I was referring to Warner who puts a Dolby Atmos track on the Blu-ray and doesn’t force you to buy the 4K version to get the next generation audio mix. While the Dolby Atmos mix on Alien: Covenant is certainly impressive, it’s not present on the Blu-ray version of the film (also included in the set). It’s a shame that this is the case, since those who purchase the Blu-ray shouldn’t be cheated out of the atmospheric sound. That said, either version sounds great and as with any science-fiction film (or more to the point, any Alien film) you know what to expect. Jed Kurzel’s score resonates through the surrounds and really gives the viewer a good sense. Of course there are plenty of other things to keep your speakers busy from the LFE to the dynamic action that’s taking place on screen. Simply put, this one is a winner.

Alien: Covenant is by no means a bad film, but it could have been much better. There are some interesting ideas, and as can be expected the film looks pretty cool at times. Watching it, I just never felt that feeling that I was seeing something new. My recommendation would be to go with a rental before you purchase.