After the Wedding (Blu-ray) 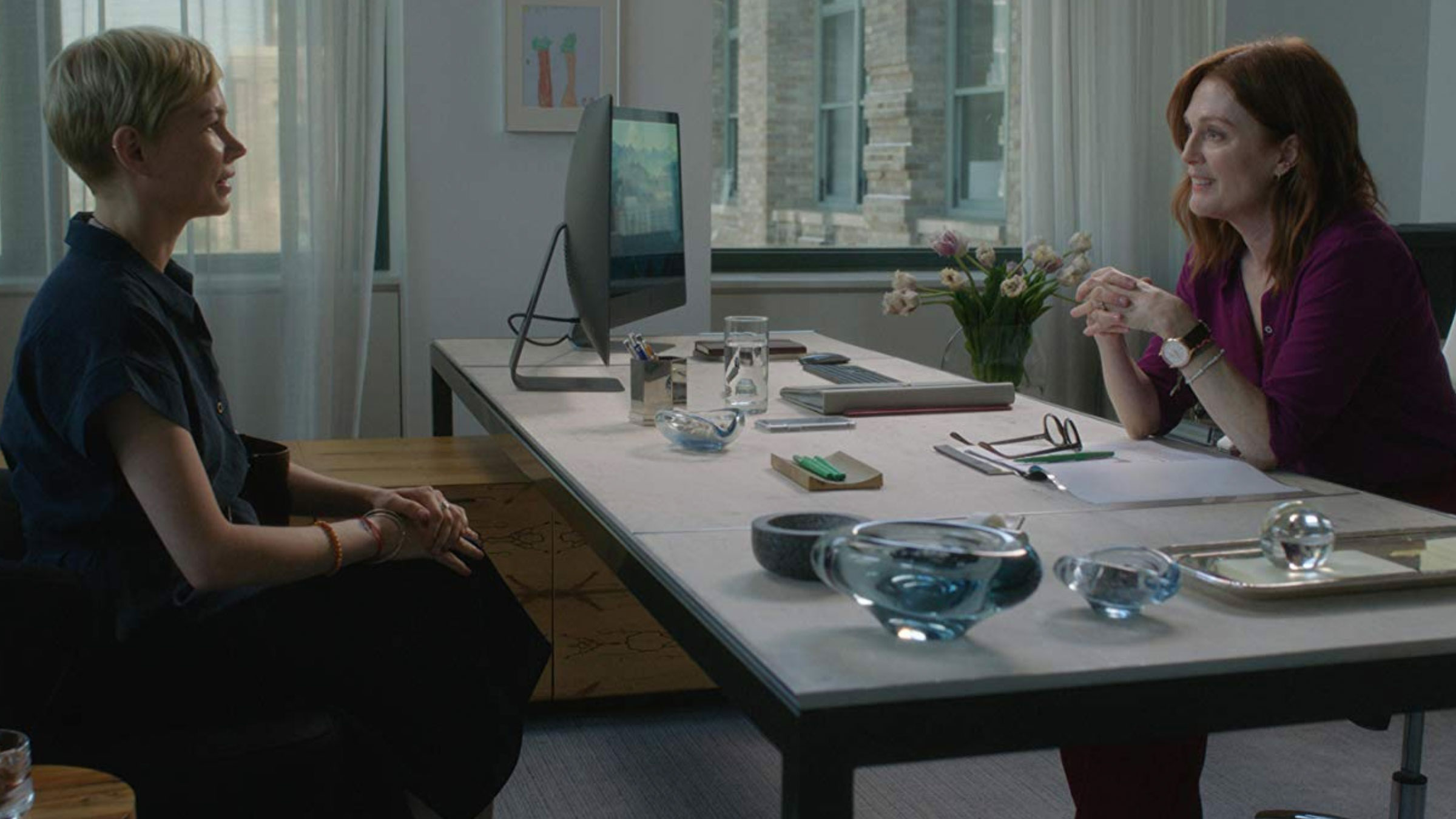 In 2006 director Susanne Bier directed After the Wedding, a Danish drama that was nominated for Best Foreign Language film at the Oscars. Likely most viewers don’t really pay attention to this category and most might only recognize who presented (it was Cate Blanchett and Clive Owen if anyone was curious). The film lost to The Lives of Others. More than a decade has passed and director Bart Freundlich has flip-flopped the genders of the main characters, but otherwise remains true to the original. So, yes, if you’ve seen the 2006 film then you’ve effectively seen this. Great performances abound here, for sure, but there’s an element or two that had me scratching my head.

Isabel (Michelle Williams) runs an orphanage in India and seems very happy working there. They need money, however, to keep everyone fed and to keep the children healthy. Word of funds comes from a potential donor from New York, but the caveat is that Isabel must travel there to meet them in person. Reluctantly she goes and meets Theresa (Julianne Moore), the owner of a multi-million dollar media buying firm. Theresa’s distracted due to her daughter’s (Abby Quinn) wedding that weekend and invites Isabel to stay, promising they’ll discuss the funding afterward. At the wedding Isabel recognizes Thresa’s husband, Oscar (Billy Crudup) and that’s where we’ll leave off. To say any more would be to ruin the plot unless, as I alluded to above, you’ve seen the 2006 version.

There’s a lot to like about this film, mainly the performances. I will say that I made the mistake of watching the trailer beforehand and while it doesn’t necessarily give anything away, it touts the film as a suspenseful drama (which, I suppose, is true). There are layers and layers of twists that both add and subtract from the film. Again, I won’t let on what those are, but it does keep the viewer guessing – nearly to the point of confusion. Moore’s real-life husband, Bart Freundlich directed the film, not that Moore has to rely on nepotism to get a part. She’s done very fine all by herself. In the end, After the Wedding didn’t really end the way I wanted it to or thought it would, but just to see Julianne Moore and Michelle Williams in some scenes is worth the price of admission.

I have no idea if the opening sequences were actually shot in India, but alas we don’t get a lot of time there. The majority of the film takes place in the asphalt jungle of New York. We’re treated to some skyline views, beautiful interior architecture of Isabell’s hotel room and Theresa’s office. We also get a picture-perfect Connecticut mansion where every scene is filmed during the “golden hour.” Flesh tones are natural, though the film has a very ungraded, almost “washed out” look to it. Sony’s 2.39:1 AVC HD image is stunning at times with nary a complaint to be found by me. It’s a beautifully-shot film.

The DTS HD Master Audio mix doesn’t get a lot of chances to shine as this film is about as dialogue-driven as they come. There are a few scenes, mainly in restaurants, that have some music in the background. A fireworks show at the wedding probably takes the cake as the film’s most ambitious audio.  Vocals are pure and sharp, I noticed no distortion in the least.

This is somewhat of a toss up for me. On one hand, the acting by the leads (Moore, Crudup and Williams) is beyond reproach. They all knock their respective parts out of the park. But, if anything, all this really made me pine for was to watch the Academy Award-nominated 2006 version. I think the film got a bit taken away with the twists and several of the scenes left me unfulfilled. While not a bad movie, I felt it could have been a lot more.