A Wrinkle in Time (Blu-ray)

I didn’t have high hopes for Disney’s A Wrinkle in Time when I saw the trailers, but I still went to theaters to see it. This is something I wouldn’t have done if not for Moviepass. For those unfamiliar, it essentially lets you see any movie in theaters each calendar day for close to $10 a month or if you were charged the annual rate. While ultimately I feel the film offers more of the same, it still has its heart in the right place (though buried under heavy effects) and offers better-than-average acting. This doesn’t mean the film gets my endorsement, but there are worse ways to spend your time.

We meet Meg Murry (Storm Reid) who is in something of a rut after her father mysteriously disappears. Her father is a physicist played by Chris Pine. Meg learns that one theory proves that her father might’ve gotten transported into another dimension. She, her brother Charles Wallace (Deric McCabe) and fellow classmate Calvin (Levi Miller) decide to take the journey and try to find her father. Along the way, there are many interesting things that happen, but I’ll admit that I found the story got lost under all the heavy effects and what not. Just like a lot of films of this sort, it just started to feel routine before long. The message of hope and believing in yourself is a good one, but it often feels like it takes a backseat to the flashier things the effects team had to offer. Not to mention that there are some curious decisions made by the characters at times. We get some performances from Reese Witherspoon and Oprah Winfrey, but ultimately the young stars are the ones to carry the film.

Depending on your appreciation of the classic novel, your thoughts on the film might vary. I went into it with an open mind, and felt semi-invested in the story, but I can’t help but feel it got lost a little with the effects and the pacing. It’s a little better than films of this sort, but not something I’d feel the need to revisit anytime soon. Proceed with caution.

I saw the film theatrically then again for this review, and it looks quite attractive in HD. Admittedly, films of this sort (if done right) can be quite pleasing to the eye. This is no exception as the transfer delivers strong and bold colors throughout. The print is pristine and all checks out. The transfer is AVC encoded with a 2.39:1 ratio. Fans should be pleased with the results here.

We get an equally strong DTS HD track that keeps us involved throughout. From the heavier action scenes to the quieter dialogue scenes, things remained satisfying. There’s a crispness to the track that I’ve come to expect. I really can’t think of any negatives here. Like the transfer, this track works well.

While better than films in this class, I still can’t say Wrinkle did a lot for me. I felt it had the right ingredients, but the effects took over too much of the time, and the story suffered because of it. It’s not boring, necessarily, but just routine and familiar before long. A rental is the strongest I can offer. 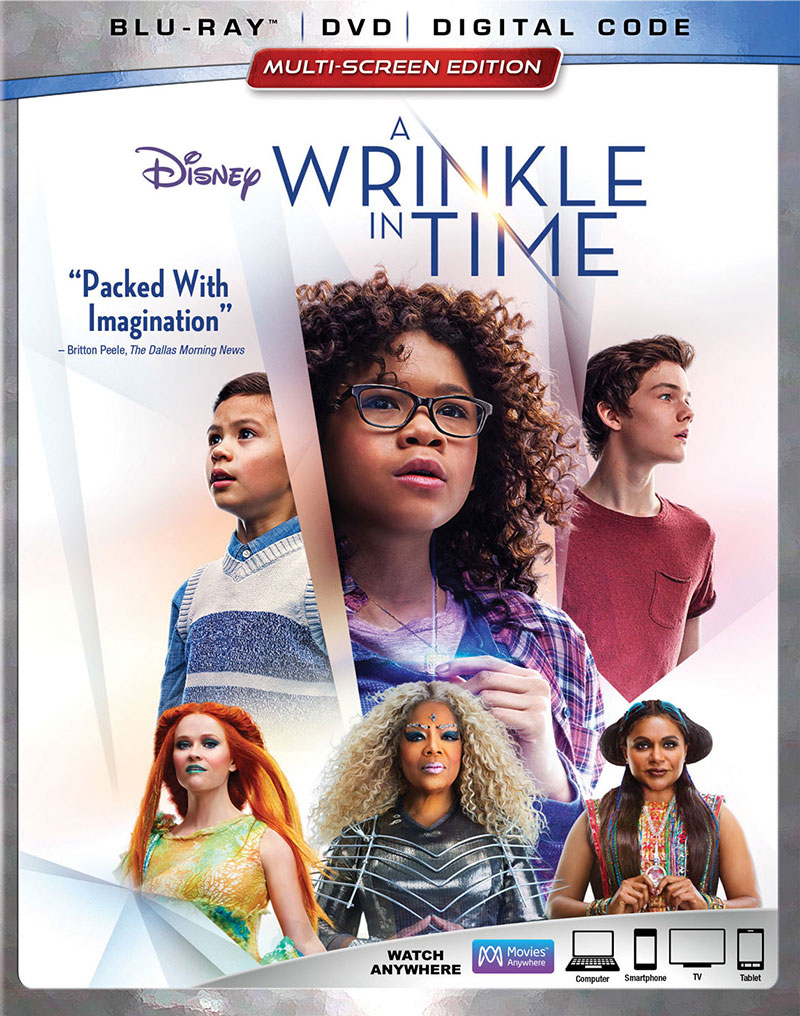