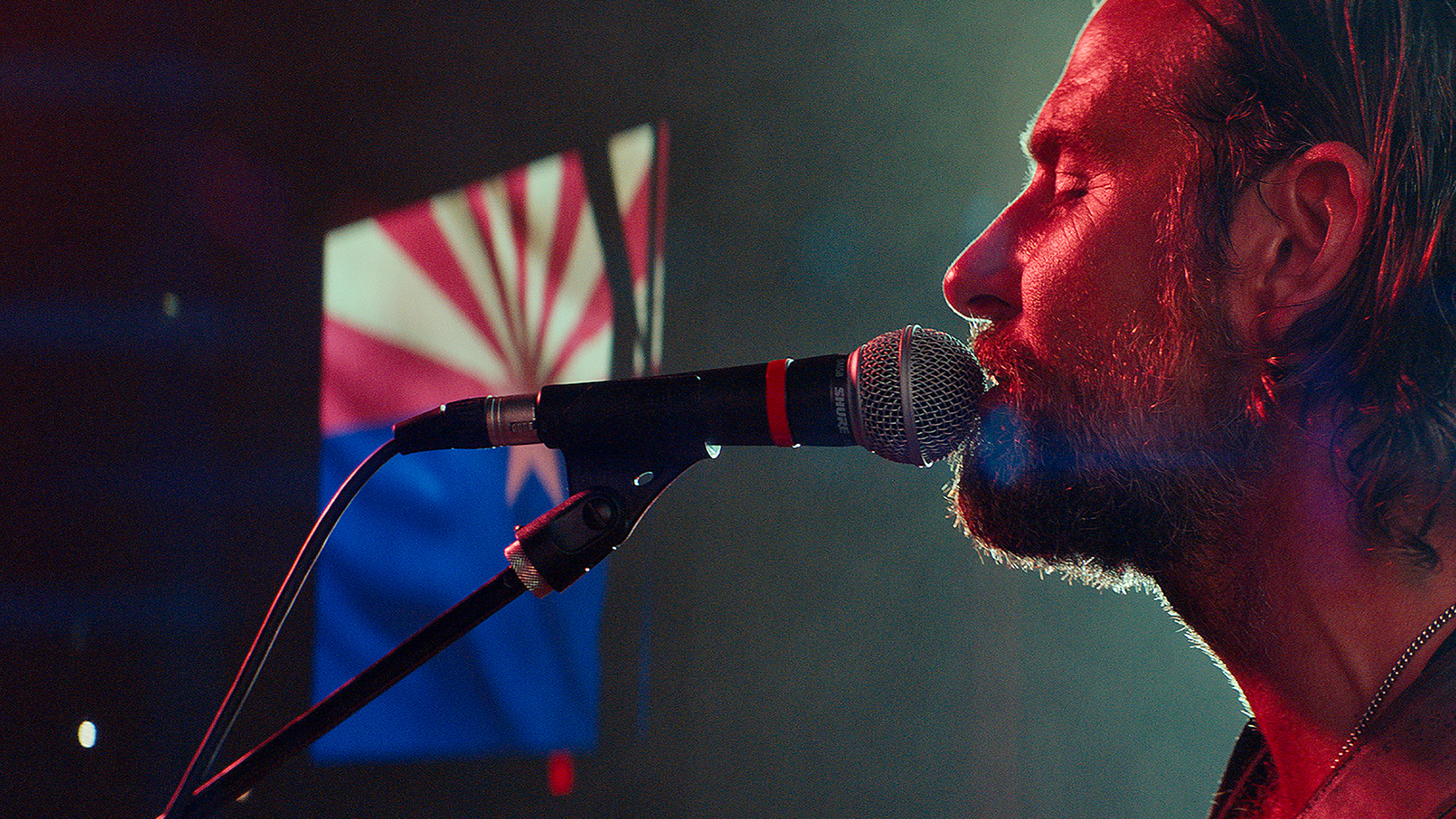 It’s been four decades since the last A Star is Born graced the screen. Back then it was Kris Kristofferson and Barbara Streisand that were in the limelight. And now it’s Bradley Cooper (in his directorial debut) and Lady Gaga – heard of her? A couple of decades earlier it was Judy Garland and James Mason. Going even further back is was Janet Gaynor and Fredric March. Suffice it to say this is a tale that’s been told before, but given the ever-changing world of music, it’s acceptable. This is Cooper’s directorial debut and it’s also a first for Lady Gaga, but after seeing her on screen for a few minutes it’s clear to see that her talent transcends the stage. The ageless tale is told in a new way, grittier and more realistic than in previous versions. What is the price of fame, exactly? Evidently a life alone with only alcohol and pills to keep you company. Indeed, this is the same story we’ve seen before, but something about this version makes it feel a bit more…real.

Cooper plays Jackson Maine, an established musician who, after a concert, is on the search for some more gin. Stumbling into a bar, he comes across Ally (Lady Gaga). She’s a struggling musician who’s just about throw in the towel with her career. But there’s an undeniable chemistry that forms between the two and they spend the night (think Before Sunrise) talking. Jackson coaxes Ally into the spotlight where she’s almost immediately signed to a record contract. Her image starts to change ever so slightly and as her star starts to rise, the demons that plague Jackson start to get the best of him. Anyone who’s seen any previous version of this film will know what happens, but won’t exactly expect the ending. And, of course, I won’t divulge that.

Humiliation, jealousy and addiction seem to be the central themes of this movie, but through it all the music leads the way. The real star of the show is Lady Gaga’s Ally – she carries the film. She’s amazing. I’ve never been a fan of her style of music, but if there was ever any doubt that she has presence – she does. The film was praised for its realistic look at fame and, more to the point, addiction. This is a theme that hits home with Cooper as he’s had his past struggles with substance abuse, as has Lady Gaga. Could it be fate that they star in this? The film also has a longer running time allowing for some depth to the ensemble cast, notably Sam Elliott as Cooper’s older brother. We get a sense how and why Cooper’s character ended up the way he has. Brutal, graphic and sincerely honest A Star is Born might not be for everyone. I personally prefer the 1954 version and if you’ve never heard Judy Garland since “The Man That Got Away” – treat yourself.

As of this writing Warner has not released the Encore version onto 4K. I’m sure it’s in the pipeline, but with this one we get Blu-ray only. The same look and feel abounds, of course and we’re treated with a warm, sun-kissed atmosphere that belies the true nature of the film. Warner’s 2.40:1 AVC HD image leaves nothing to the imagination and certainly pulls no punches. It looks amazing. Cooper’s auburn hair gets tossed from side to side as he’s slurping down gin and tonics. All the while we’re treated to an image of Lady Gaga we don’t see much – her without makeup. She’s really quite attractive. From long wide shots to the intimate close-ups, A Star is Born looks simply awesome on your HDTV. It’s tack sharp and fine-looking image from beginning to end.

The Dolby Atmos soundtrack found on the Blu-ray and 4K theatrical versions is present here. And being a musical, it puts the viewer in the center of the action. If you didn’t know better, you’d think you had front row seats! The uncompressed Dolby Atmos soundtrack is second to none with painstakingly precise vocals and a soundstage that’ll fill your viewing area with ambiance. The spoken word is a bit different as Cooper seems to have lowered his voice by a few octaves and seems to be channeling Jeff Bridges’ character from Crazy Heart. In other words, he mumbles. But that might be part of his character who drinks and pops pills to get through the day. I wouldn’t guess articulation is his main concern. Or maybe he’s trying to match Sam Elliott’s vocal inflection? Whatever the case, vocals aside, this really is an amazing-sounding track that will surely please.

All of the supplemental material found on the previously-released Blu-ray and 4K discs is gone. So if you’re OK with the theatrical cut and like the supplements, there’s no need to pick this disc up. But if you like the extended (encore) cut, then you sacrifice the supplements. I’m sure Warner will give us a “definitive” edition at some point.

In my twenty plus years of reviewing DVD’s and Blu-ray’s (among others), I’ve learned that “special editions” fall into two categories. There are those who don’t care for supplements and would instead be treated to a more definitive version of the film. The other camp wants the supplements. It’d solve the problem all together if they’d just make a three disc set with everything, but that’s not an option here. You’re going to have to decide (or if money is no option, buy both).

Praised for its brutal and realistic depiction of the music industry (and, more to the point, fame itself) A Star is Born doesn’t pull many punches. While it has many of the same themes that the previous versions tackled, this one takes it up a notch. Cooper can sing and if there was ever any doubt that Lady Gaga didn’t have “it” – those arguments should be put to rest. Warner’s 4K offering showcases an excellent picture along with reference-quality audio. 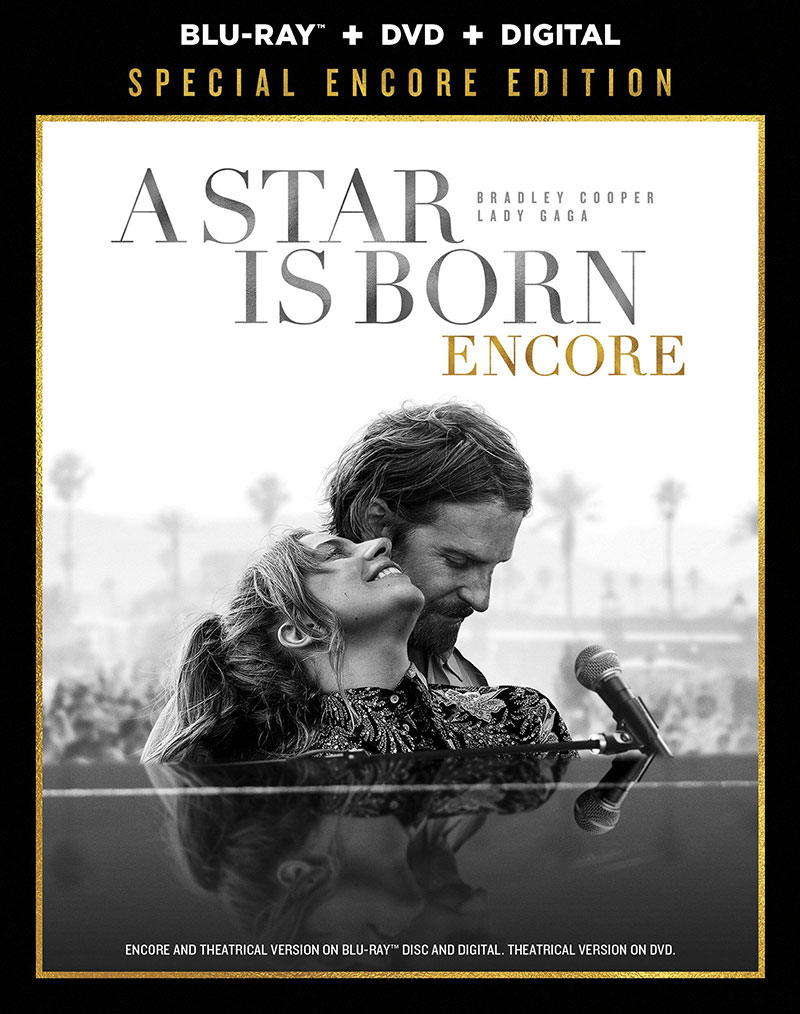