A Night at the Opera (Blu-ray) 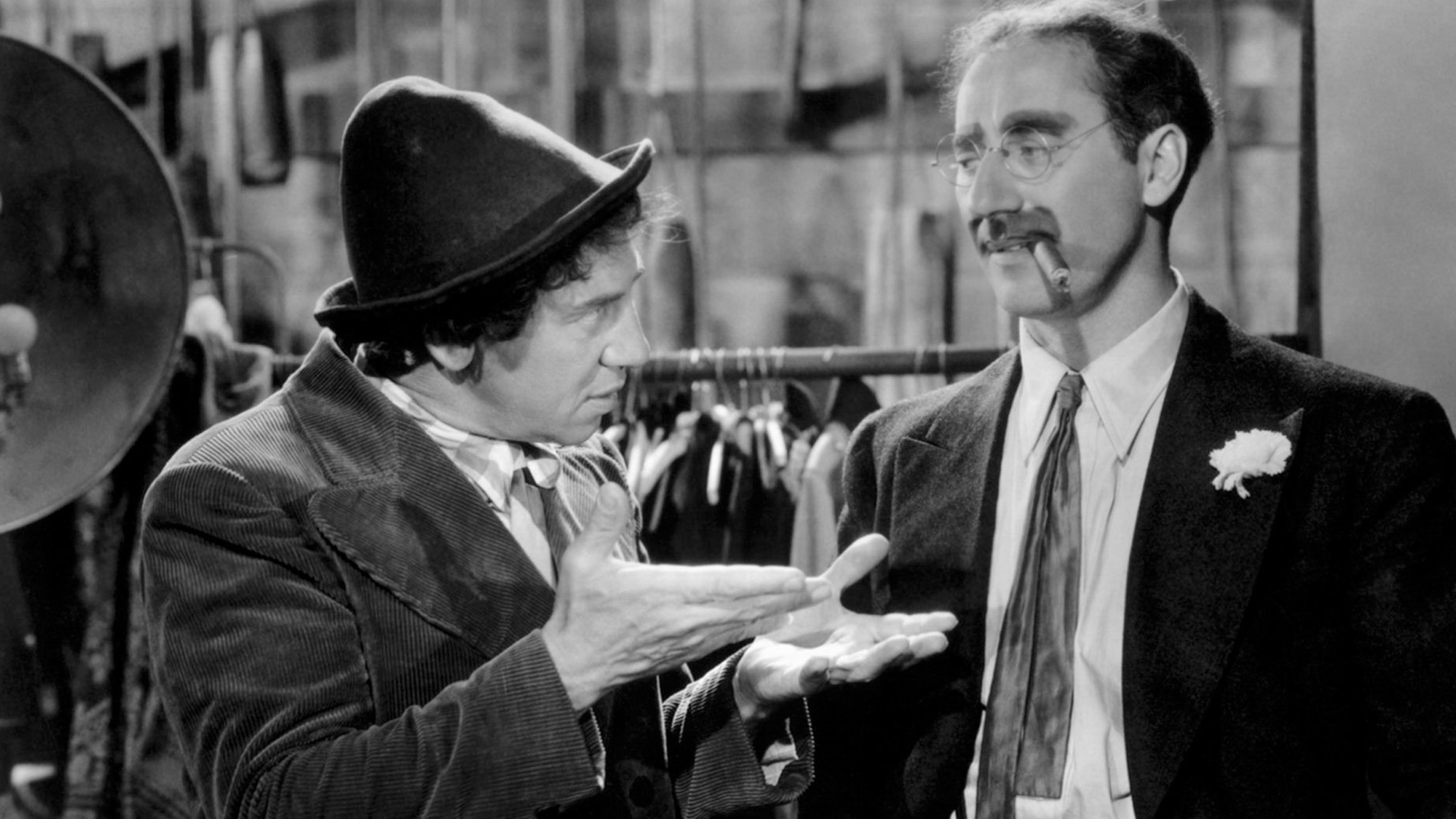 There’s something very unsettling about the Marx Brothers and an Opera. Yes, indeed these four (now three) brothers have about as much place in an opera as a bull does in a china shop. The Marx Brothers, known as “Harpo”, “Zeppo”, “Chico” and “Groucho” were no longer a quartet, they were now without Zeppo and no one really seemed to mind. In their anarchic Duck Soup (the last with Zeppo), they scored a major critical and commercial hit in that it was one of the greatest anti-war movies ever made. This stands up today and is highly regarded as their best work as well as being one of the best and funniest movies ever made. Still, A Night at the Opera is not without its charm and with the new Marx Brothers Collection, we get to see it in all its glory. The Marx Brothers appeared in only fourteen movies and nearly every one of them is a classic. Few stand out above the rest, but most assuredly this is one of them. Groucho once again takes the lead as Otis B. Driftwood and his two brothers are along for the ride.

As the movie opens, we meet the major players of the movie. Groucho plays Otis B. Driftwood while Harpo (named as he played the harp) is once again the silent assistant to the jerk movie star. He somehow wins the heart of the beautiful Rosa Castaldi (Kitty Carlisle). But less about the plot and if you’re watching the Marx Brothers movies for plot, then you need to: A) Have your head examined and B) Sit back with a cool drink (preferably one that intoxicates you) and just enjoy the sheer humor of these guys. A Night at the Opera does for Opera what A Day at the Races did for horse racing. Does that make sense? No! Neither did these guys, but still to see the ultimate scene in which they try to cram as many people into one room as they can is just one of the funniest in all of cinema. The movie ranked as one of the Top 15 by the American Film Institute when they did their survey in 2000. Is it a great movie? Yes. Is it funny and will you get enjoyment out of it? Hell yes. Is it the Marx Brothers’ best movie? That depends…if you don’t like Zeppo then yes, otherwise I got more enjoyment out of Duck Soup as they were more of the main characters and they tend to be less prominent here.

Warner Archive has once again worked their magic on another classic title. A new transfer was used for this Blu-ray and it shows. The 1.37:1 AVC HD encode looks stunning and is, by far, the best the film has ever looked on disc. As Maltin discusses in his commentary, the movie was shortened to eliminate all references to Italy, and they had no idea how popular the film would be as time went on. This being said, there are several abrupt scenes shown (splices, etc.), but for the most part it’s a pretty good print. A Night at the Opera has never really looked better, with Warner holding the reigns we knew that a better transfer was in the works. This shows some of the flaws of movies of the age, but not too many. A nice job here and certainly worthy of a Marx Brothers film.

Though the audio mix might sound impressive, a DTS HD Master Audio 2.0 Mono mix, it’s essentially – you guessed it – mono. Yes, that’s what we can expect of a movie of this age and that’s what we get. Though the very essence of Marx brothers comedy is physical humor, there’s no doubt that dialogue plays an important part. The audio is well preserved here, and on only the rarest of occasions do we get any sort of “drop out” that dates the soundtrack. There’s a bit of a hiss that’s associated with so many movies of the time, but you’ll likely be laughing so hard that it won’t matter (or you won’t hear it). Obviously surround effects aren’t present, but I think these guys get a free pass.

The extras appear to have been ported over from the previously-released Marx Brothers Collection. That’s good as there was some interesting stuff. Let’s dive in.

I can’t remember where or when I saw it, but I was watching a documentary on the Marx Brothers. The critic noted that “…by themselves, I think they would have all been stars, but together they were touched by God.” And that sums up what they were. A Night at the Opera ranks as my second favorite Marx Brothers film, Duck Soup takes the top honor, but any fan of these guys will love whatever they’re in. Warner Archive, as per usual, has done a bang up job on this disc and it belongs in any serious film-lover’s collection.