A Heart in Winter (Blu-ray) 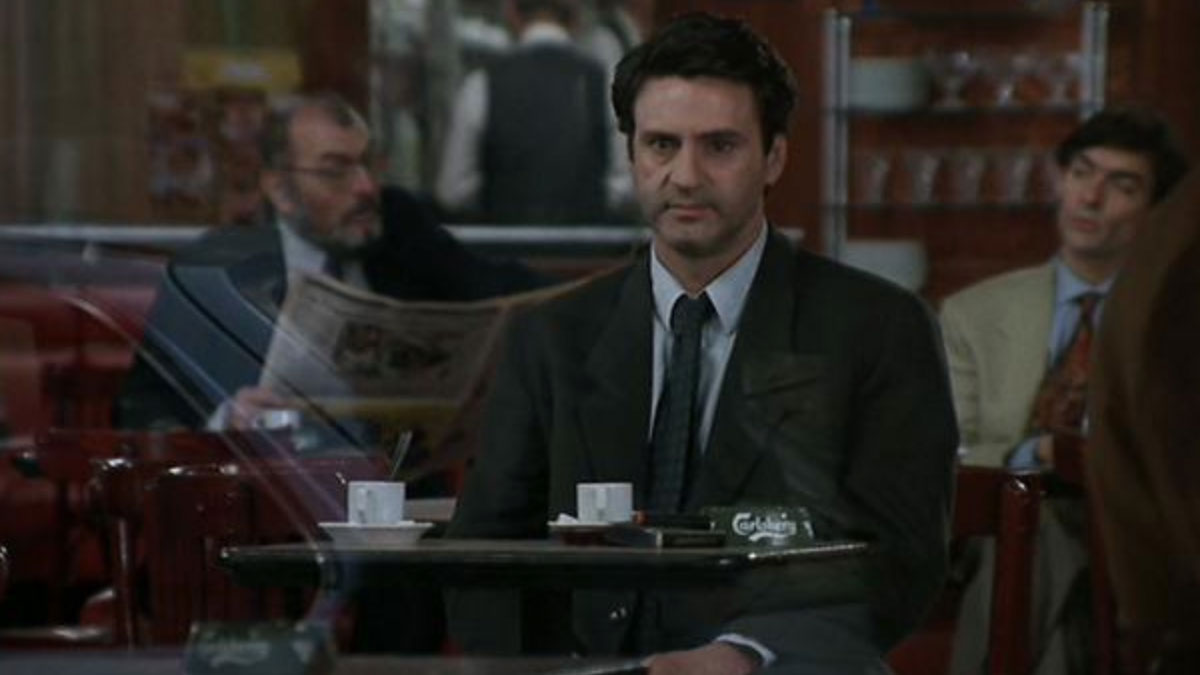 Daniel Auteuil stars as Stephane in Un Coeur en Hiver (A Heart in Winter), a French film in which a young lady feels intrigued by him. Stephane is a restorer of old instruments and Camille (Emmanuelle Beart) is the concert violinist begins to fall for him. Stephane is also the business partner to Camille’s lover. Before long, a love triangle forms, and to give away the events would be an injustice to the film. It is also unfortunate that Stephane is one cold fish and Camille’s advances do little to alter his stern ways.

This is such an interesting film in the pacing and the way the story and its characters are introduced. It’s one even as I’m writing this review that I know I’ll need to revisit soon. Stephane works for a man named Maxim (Andre Dussollier). He restores old musical instruments and Camille begins dating Maxim. After a conversation one day, it’s clear that Camille has in fact fallen for Stephane and this sets all the wheels in motion. I mentioned that Stephane is cold and this is what continues throughout the rest of the film; Camille loves a man who can’t love her in return. Indeed he is very flawed and when two partners don’t feel the same way in a relationship then it’s likely doomed from the start.

While slow in its storytelling, I still enjoyed this film and the way the events unfolded. It gives enough development to the characters that we not only get to know them, but also care about them. Again, it’s a film that I strongly feel deserves multiple viewings to take everything in and become absorbed by it all. The story is simple enough that we have all the pieces to sit and watch the events unfold before our eyes. It comes recommended.

With a 1.66:1 ratio, the film has a basic look to it, but one that is heightened in the HD format. It isn’t a demo worthy disc, but rather one that is presented accurately and well defined on this disc. Details are solid enough, colors well developed as well as a clean print that we aren’t distracted by too many flaws. Fans should be pleased with the results here.

Since this is a French film, we can view it with English subtitles. Obviously, this is a talky film, so the vocals dominate, but they’re well rendered here that the results satisfy. I opted for the 5.1 track which was good, but any limitations were expected since this is a quieter film. Background noise comes through from time to time. All things told, this track is pleasing.

It might not be the most exciting film if you’re looking for something to entertain you in a more traditional way, but the film works with its simple premise and handful of characters on this journey. It’s one that I feel requires further viewings to appreciate it even more. Recommended.