Shout!Factory has really grown its scope of operations in the last half decade. With Shout Studios they have pivoted towards distributing small independent films into theaters and then on video. It’s a bold move but the success they have had with their partnership with IFC Films must have been a catalyst for branching out even more. The most recent release from Shout Studios is A Dark Place, a British produced film filmed around Atlanta.

In the small town of Harburg, Pennsylvania – sanitation worker Donny (Andrew Scott) notices the absence of a boy on his route with the last name Ziegler. The boy doesn’t wave to Donny from his bedroom window like he normally does. Donny goes to visit his eleven year old daughter. She shows him her Facebook app and he recognizes that the Ziegler boy’s older brother is posting online that his brother is missing. The next day, the boy is found drowned in a creek. Donny takes it upon himself to investigate the death of the boy, which draws suspicion and irritation from the townspeople. As he digs into the case, the sheriffs’ theory that the boy had simply walked off and drowned on accident seems less and less plausible.

A Dark Place is a mixed bag. The film has a fairly interesting plot and the performances are pretty well done. The problem with the film lies in a couple issues. The primary issue I took with the film was that the film was shot near Atlanta and was meant to be filmed in Pennsylvania. I understand that there was a significant tax advantage to filming in Georgia, but these areas do not look or feel similar in any way. This is a glaring mistake that only occurs because of a misunderstanding of the country by the British crew that worked on the film. Unlike Wim Wenders who filmed Paris, Texas and made a film that is somehow more American despite his German heritage, Simon Fellows does not seem to understand the inherent differences between these areas. For example, he shows Trump campaign signs, and people washing their cars in wife-beaters. While this is very common in certain areas of Pennsylvania, it is more prevalently seen in the hot South. I found this issue distracting and constantly asked myself why they didn’t just change the setting to Georgia. The other issue falls on the central character. The character Donny is meant to be a hero in the mold of Billy Bob Thornton’s Sling Blade character. Unfortunately, Donny doesn’t really connect with the viewers on the same level. His quirks are not really explained and fleshed out in a way that will appeal to the viewer. I honestly don’t know what condition he was suffering from as I write this review.

The cinematography of the film by Marcel Zyskind is solid and the direction by Simon Fellows is also pretty good. The actors, especially Andrew Scott, give it their all in their respective roles. The overall plot of the film by screenwriter Brendan Higgins is pretty well conceived, but it never feels like the film kicks into overdrive as far as any sort of suspense. There are a couple great ideas and strange turns in the film, but overall it is a little bland. Thrillers need to be suspenseful and this film doesn’t ever make the web feel tight enough to make the situation exciting.

A Dark Place is presented on Blu-ray with an MPEG-4 AVC encoded 1080p transfer in an aspect ratio of 2.35:1. This release seems to have come from the digital files used for the theatrical version, so I thought that the film looked pretty great. This is a new release (2018) and the Blu-ray presentation matches the standards that you would expect of a 2018 film. It was obviously shot on digital cameras because it has that crisp look that comes from being shot on a RED camera (or similar camera.) Fine detail is excellent. I did not notice any noticeable compression issues. The cinematography by Marcel Zyskind is well done and utilizes some clever drone shots. Overall, it looks as good as it would have on the big screen.

The audio treatment of A Dark Place is solid, if not exactly demo material. The film has a DTS-HD MA 5.1 surround track that leaves room for the score by John Hardy Music and DNA Music Limited. The film is largely a dialogue based affair with little in terms of action pieces minus two scenes in the film. When the action does kick in the film gets pretty loud for a few moments. Fans should be pleased. There is nothing that really stuck out about the track as I viewed the film.

A Dark Place is not going to wow anybody, but it isn’t all bad. There are some interesting ideas in the film, but it never becomes very suspenseful or engaging. Part of me wanted to like the film more than I did, but I just didn’t connect with this one. That said, it is not for lack of trying. Andrew Scott gave the performance his all and the cinematography is pretty well done. Shout!Factory has provided a solid transfer of the film and a short featurette. I would recommend a rental prior to a purchase. 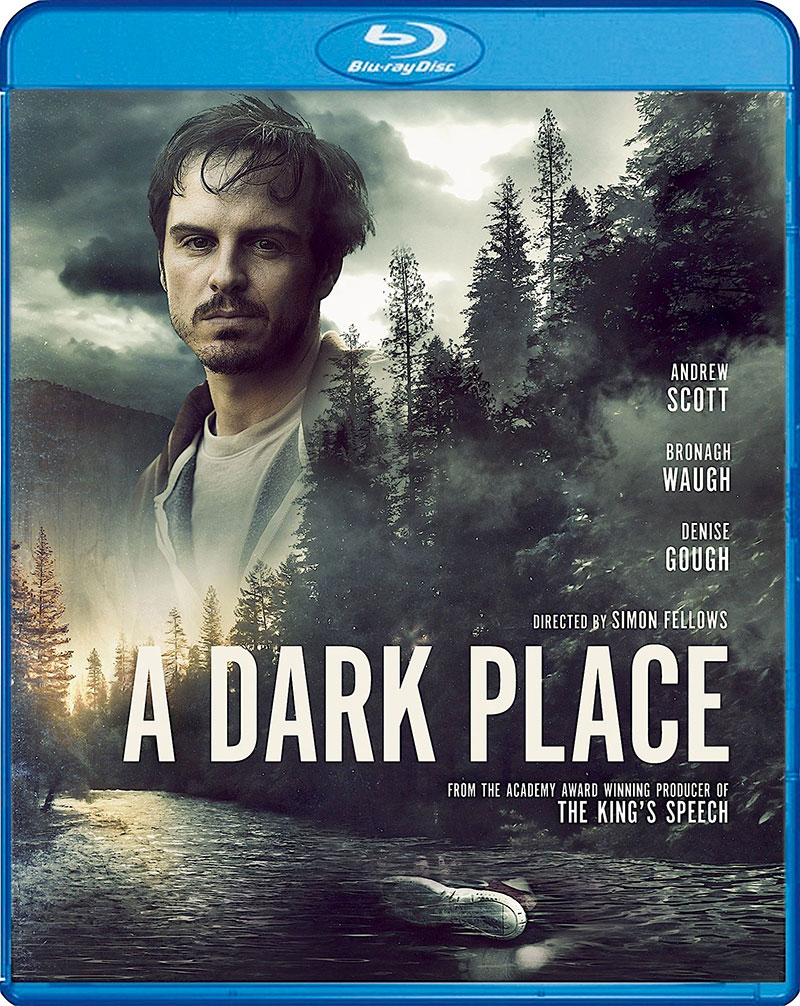