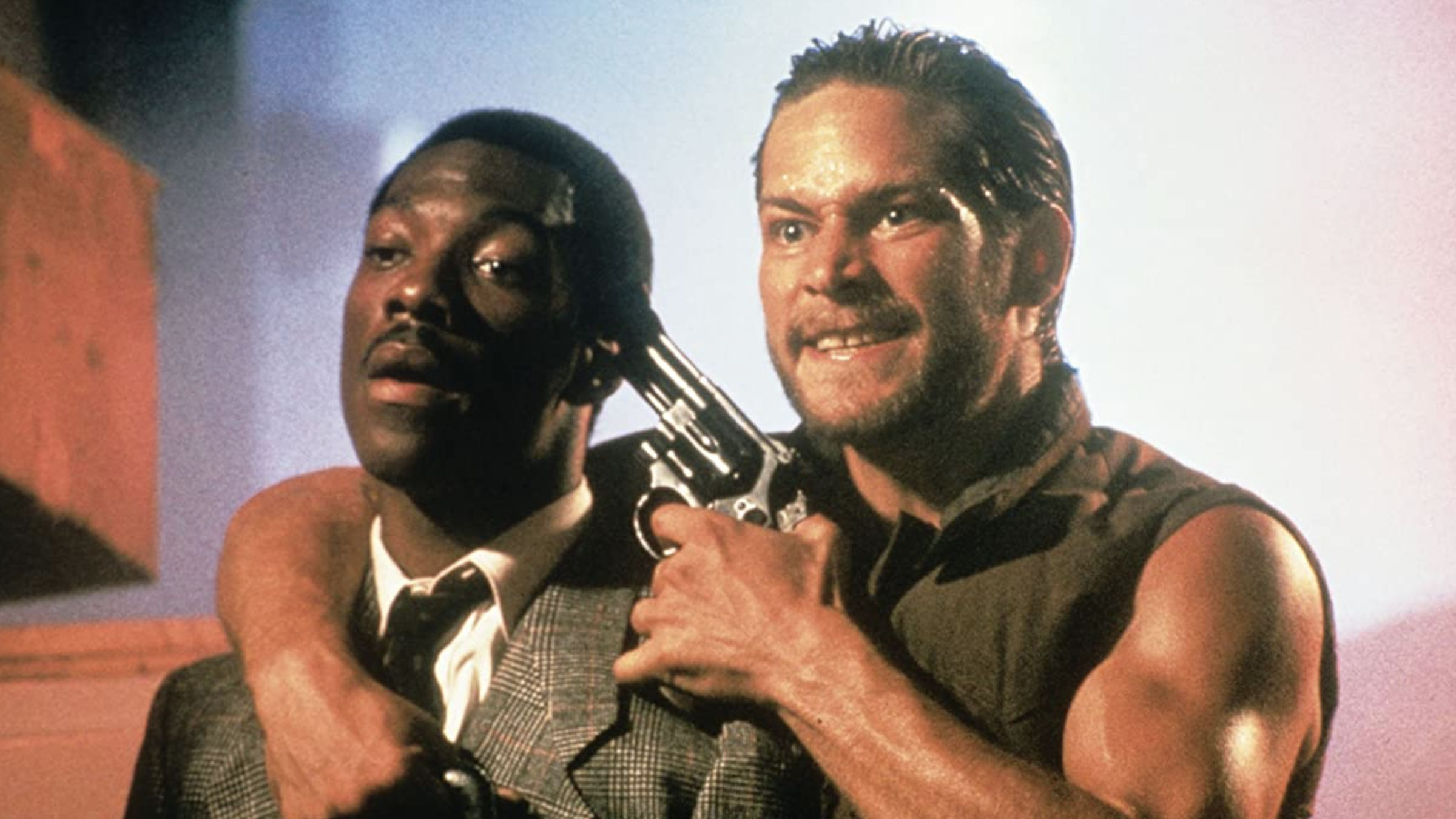 For a look at Eddie Murphy’s starring debut role, look no further than 1982’s 48 Hours. It made him a superstar and would spawn a mediocre sequel about 8 years later. Starring opposite Nick Nolte, the film is considered a classic to many. While I enjoyed it overall, it didn’t make a huge impression on me. Still, there are enough qualities and fans will be delighted that it has been given a proper upgrade as well.

A criminal named Billy Bear (Sonny Landham) helps his friend/convict Albert Ganz (James Remar) escape from police custody. The two are located, but a shootout leaves two officers dead and one survivor. This survivor is Jack Cates (Nick Nolte). He swears revenge, but he enlists the help of prison inmate Reggie Hammond (Eddie Murphy). Reggie reluctantly agrees to help, but it’s if he gets to go out on the streets with Cates. And the back and forth ensues. While more of an action flick with comedic beats than a full-fledged comedy, 48 does put a bit of a twist on what would become known as the buddy-cop genre. Murphy knows funny, and he does get a lot of mileage here, but I found myself starting to tune out during much of the film. The chemistry between Murphy and Nolte is a large part of what works so well here. Without them the film might not be remembered by many the way it is today.

More modern audiences may be a bit put off by the pacing here as it can seem awfully slow at times. There’s certainly a hard edge to the film, and it makes good use of the R-rating, but after all these years, it just doesn’t leave me with much. It’s certainly better than the sequel, but it’s not something I’m itching to revisit any time soon.

Taken from a new 4K transfer, the image does have a nice clean look throughout. We get a 185:1 ratio and this is the best I can remember the film ever looking. An occasion of grain here and there didn’t damper the image too much. Colors were sharp and always appeared natural. All things considered; this is a pretty darn good image.

The Dolby TrueHD track was also impressive. There is certainly no shortage of action in the film, so expect a very busy track here. Vocals have the clarity I have come to expect and the track kept me involved throughout. Like the transfer, this track satisfies.

I feel this is more of a summery than a review since most people have seen and/or heard of this film by now. With that being said, my thoughts on the film are mixed, but this disc is top notch. So if you need to own it, you can rest easy that this is a good purchase. Sure, more extras could’ve been included, but what we get is good.