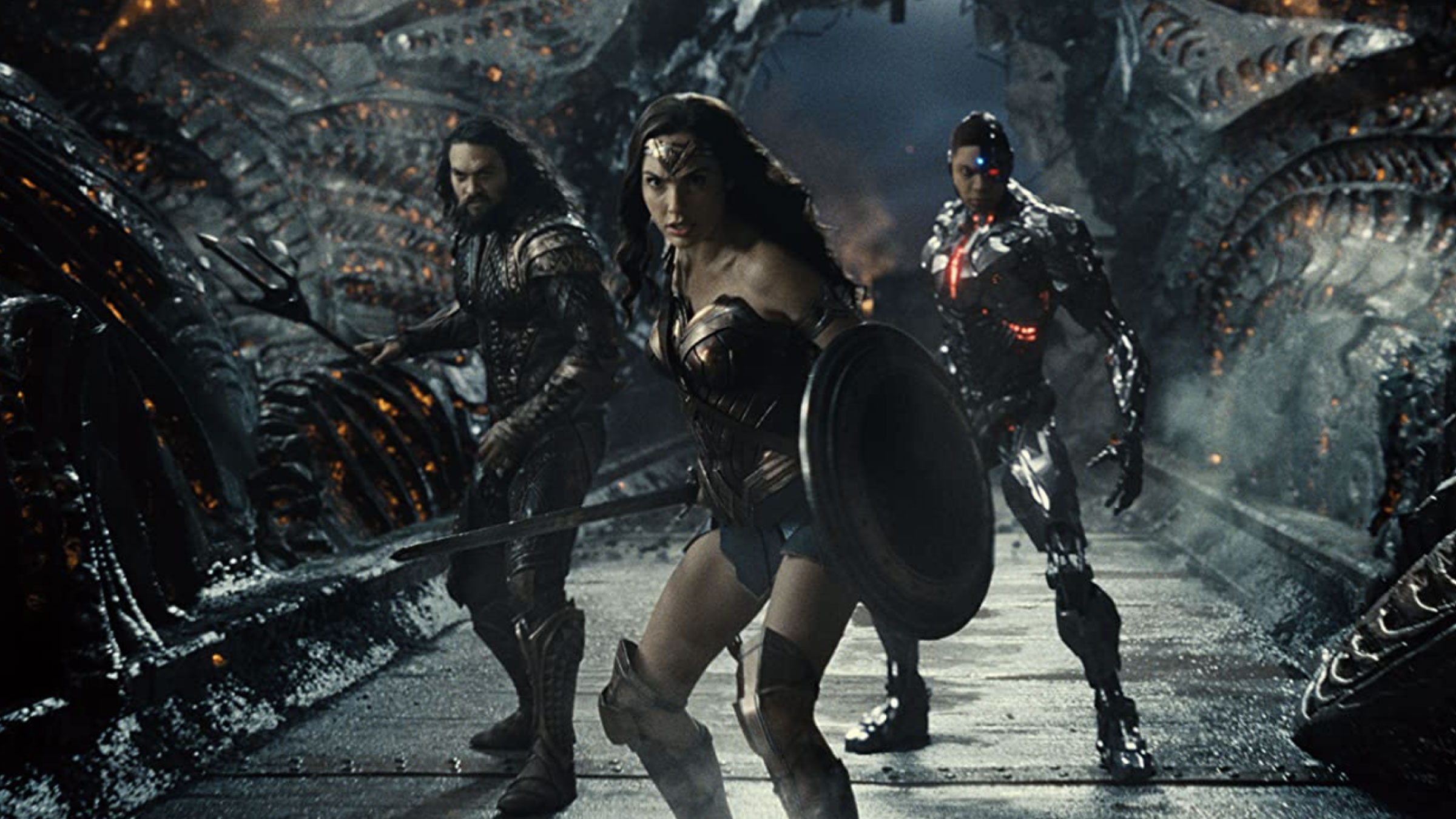 I’ll try to not rehash the whole Marvel Cinematic Universe versus the emerging DC Cinematic Universe. One is superior to the other and I don’t think I need to spell it out. The MCU started in 2008 and is only now reaching its pinnacle considering the overall story arc (individual movies notwithstanding). DC wanted in on this and has their own arsenal of superheroes. DC, being the “older” comic market, has had movies for quite some time – namely Superman and Batman with each being done time and again. 2017’s Wonder Woman was a hit both critically and commercially, so it was with baited breath that Justice League finally united Batman, Wonder Woman and others in the DC version of The Avengers. Was it worth the wait? Should they have waited longer? Let’s see if we can get some answers to those questions.

The film takes place after the events of Batman vs. Superman (obviously). The world is learning to cope with the loss of Superman (Henry Cavill) and the burden of, oh…humanity now falls on Batman (Ben Affleck). The world has been invaded by a demon-like creature who goes by the name Steppenwolf (Ciarán Hinds). He’s in search of three infinity stones cubes that, when combined, will give him the power to destroy the world. That’s not good. Affleck is “getting the band together” if you will and manages to recruit Wonder Woman (Gal Gadot), The Flash (Ezra Miller), Aquaman (Jason Momoa), and Cyborg (Ray Fisher). They, of course, fail. We all know that the man of steel is the only being who can truly stop this from happening, so the question becomes “How do we bring Superman back to life?” You think they’ll figure out how? Can the DC universe really exist in a world without Superman?  Right.

Those who suffered through this film in 2017 might finally breathe a sigh of relief. Snyder has gone back and painstakingly edited his original film and, in essence, doubled its running time. I realize that most films that end up being 100 minutes have a rough cut of nearly double that, so this isn’t anything new. Snyder, however, must have felt that his original 2017 work needed some additional time and so, four years later, we’ve got the “Snyder Cut.” Truthfully, this cut does shed some new light on the film, offers more backstory and even explains a few things that the theatrical cut left out. But at 242 minutes, it’s an investment. Would you rather watch Gone With the Wind or this? They’re about the same running time. I won’t go into all the nuances about this cut. Odds are if you’re reading this, you’ve already seen it. If not, this is the version to see – it’s just a matter of time. Also, does this film set a precedent for future installments? Is Snyder going to have to go back and release a “final cut” if the next one isn’t well received? I guess we’ll just have to wait and see.

On the surface, this is still a great-looking film. But the one immediately noticeable thing is that it’s shown in a full-frame format. Yep, that’s right, get used to 242 minutes of horizontal black bars on the side of your 4K TV. I’ll go out on a limb and will assume that anyone reading this knows about aspect ratios, but if not I found a nice little explanation that pertains to this movie. Check it out. That said, we get – as expected, more information on the top and bottom of the screen as opposed to most films where the information is on the side (assuming that the film is being watched on a 4:3 display, which are out there). All of the same dazzling effects that were present before are here as well like the little lightning flashes when Flash does his thing, the legions of Amazonian warriors charging into battle and the perpetual five o’clock shadow from Ben Affleck’s Batman – it’s all razor sharp. The HDR adds a new layer of color depth when compared to the Blu-ray and there’s no shortage of all things beautiful (male and female) when it comes to Gal Gadot’s Wonder Woman or Jason Momoa’s Aquaman.

In truth, it’s not all bad. I don’t see why, in this point in time, we’ve got directors not utilizing the entire screen, but I have to applaud Snyder for his efforts. I’d forgotten what it’s like to watch a 4:3 image on a 16:9 TV. How retro.

Thankfully we do get the same Dolby Atmos mix found on the theatrical cut of the film. Anything less than a Dolby Atmos mix would not be tolerated. But, thankfully, the Ultra HD version contains said mix and it delivers through every channel, LFE or otherwise. Vocals are pure and rich, when Affleck dons his cowl his voices seems to boom through the speaker. Steppenwolf’s path of destruction leaves little to the imagination and since I must mention The Flash whenever possible, when he runs – it sounds beautiful. As I so often say, I could go on, but this is audio perfection. Enjoy.

I commented on a Facebook post in which they were announcing this “new” cut of the film. I said something along the lines of “at this point in time, they’d be best off to have just made another Justice League movie, than try to fix this one.” I stand by that. On one hand, this version of the film is far superior to the original. But you shouldn’t need an afternoon to view it and at the end of the day, it doesn’t really “fix” anything about the movie. They’re still faced with making another one. Snyder clearly has the autonomy from Warner to essentially do whatever he wants with these films. Must be nice. True affectionados will want both cuts in their collection, though you have to get past that aspect ratio and sacrifice 1/6 of your day to view it. The choice is yours.