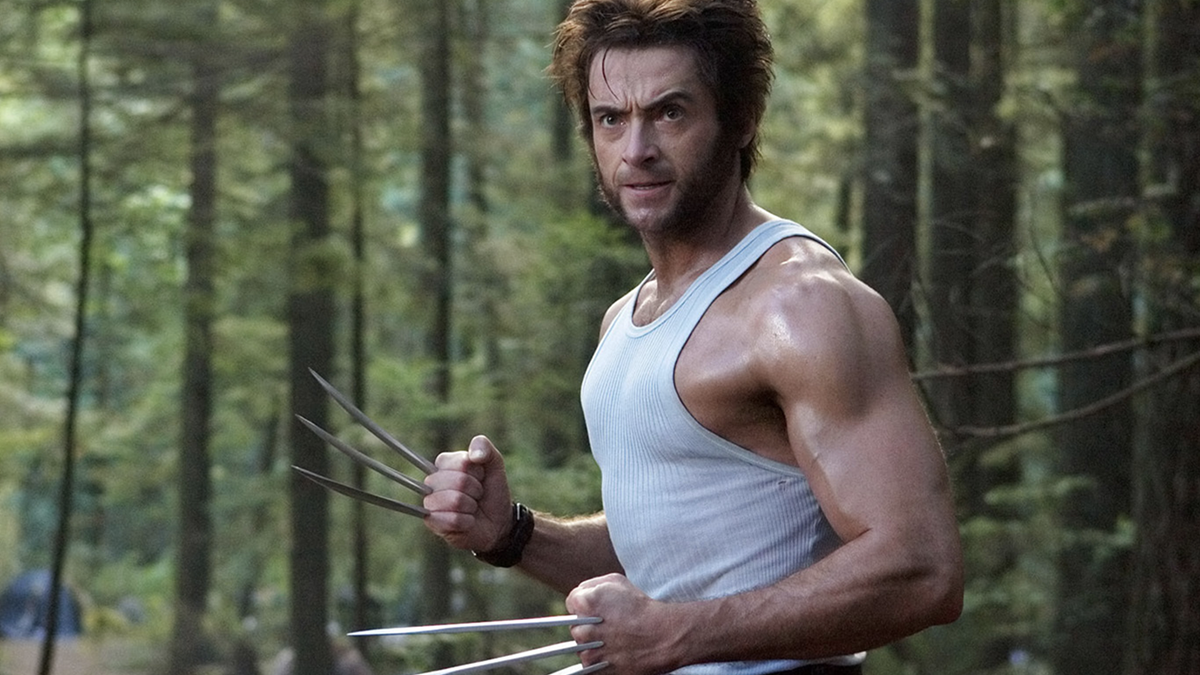 Somewhere, out there, I have to imagine that Hugh Jackman says a little “Thank you” to Dougray Scott. Why? Scott was originally cast as Wolverine in Bryan Singer’s 2000 film X-Men. Scott had been handpicked by Tom Cruise to play the villain in Mission: Impossible 2. So the role went (eventually) to Hugh Jackman and I think we can say the rest is history. With X-Men, you can say all you want about the Marvel Cinematic Universe, I feel this is the movie that really started it all. This was the biggest budget Marvel film and one that really kickstarted the superhero movies – a trend that’s yet to die down. Yes, I realize that 1998’s Blade was also a Marvel movie, but honestly when you think of Marvel comics, do you really think of Blade? Right. Me neither. As of this writing, there’s been a development with Disney (who owns the Marvel Cinematic Universe) and Twentieth Century Fox (who owned X-Men, Deadpool and the Fantastic Four) that they might all, finally, play nice together. Some are in favor of this and other aren’t. All I know is that we’ve got over a dozen “mutant” movies that aren’t a part of the MCU and I, for one, am ok with that.

As human evolution advances, some people are given gifts and talents, while others remain in normal states. These gifts might include something small like faster running speed or better eyesight, but they could also be more powerful, such as invisibility or lethal to the touch. As these genetic variables begin to surface, they’re called mutants and many humans consider them to be dangerous. The man at the front of this campaign against mutants is Senator Robert Kelly, who thinks mutants should have register and explain their powers, so they can be watched and controlled. Two men watch him and his push very carefully and they are Professor Charles Xavier (Patrick Stewart) & Magneto (Ian McKellan). Xavier runs a special school for the mutants who wish to remain on the side of good, while Magneto wishes to overthrow the humans and control the world. As you can imagine, these two have a lot of problems to work out and it won’t be easy. But when Magneto devises a plan that will set in motion his wishes and needs of Xavier’s newest students to complete it, can Xavier and his main crew of mutants save the day?

The tension between mutants and humans continues to intensify, even with Magneto (Ian McKellan) behind bars. The situation hits a new level of panic however, thanks to an attempt to assassinate the President of the United States. The assassin seemed to have mutant powers, which turns even more humans against their cause. A lot of humans, including those in positions of power have begun to promote the Mutant Registration Act once more, but some, such as General William Stryker (Brian Cox), have more drastic measures in mind. Stryker wishes to wipe out mutants as a whole, in order to ensure safety for mankind. He is rumored to have been involved in some top secret projects, some of which involved experiments on mutants, perhaps even one known as Wolverine (Hugh Jackman). At the same time, Professor Xavier (Patrick Stewart) tries to keep things even handed and continues to run his school for mutants. When Stryker invades his school however, even Xavier sees the need for some kind of action. This leads to a partnership of sorts with Magneto, who has escaped his unique prison. The two make an odd couple, but with the survival of mutants on the line, they have no real choice.

As tensions rise between mankind and some of the mutant population, lines have begun to be drawn in the sand. A band of renegade mutants led by Magneto (Ian McKellan) lies in wait and makes plan to launch an attack against mankind. After all, they feel as if mankind are the inferior species and don’t want to be cataloged or forced to register themselves. Magneto’s wrath soon elevates from discussion to action however, when a drug company announces they have created a cure for mutants. One needle and the mutants are turned into normal people, which thrills some, but angers Magneto to no end. At the same time, Professor Xavier (Patrick Stewart) heads up his own band of mutants, but he wants peace and common ground. The death of Jean Grey (Famke Jannsen) has left Xavier’s group in a down state, but when she suddenly returns, things aren’t as smooth as expected. Grey is not as calm and peaceful as before and soon, she is sought after by both Xavier and Magneto, though for totally different purposes. When both find her at the same time, her incredible powers spiral to epic levels and in the process, Xavier is killed. Magneto soon attacks a center offering to cure mutants, which sparks retaliation from the government.

I hadn’t expected to binge watch the first thee X-Men movies when the 4K package arrived, but I do love these films. That and I’d just watched them not too long ago and thought to myself “…these could really benefit from a new 4K transfer.” (Yes, I really think that – what can I say, I love this stuff). Well my and many others’ prayers have been answered. The question is, though, how good do these look? Since my site isn’t really set up for multiple scores in one review, I’m forced to assign a video rating, but one that’s based on three movies. To counteract that I’m going to detail each movie individually, which might be a little more telling than a generic overall score.

X-Men
The one that started it all. The 2.35:1 HEVC 4K image showed immediate benefits. Right off the bat, I noticed a crispness and clarity that wasn’t present on the Blu-ray’s. Colors seemed more vivid and lifelike and even darker and more morose as we meet the Magneto character. Detail has been improved as well thanks to the new transfer and, of course, higher resolution. This is evident in little things like the veins in the faces when Rogue “steals” their powers. The blue of Mystique’s skin and the futuristic, yet sterile environment of the bowels of Xavier’s school. In short, this was the worst-looking of the three, but even this being the “worst” it’s still a vast improvement over the previous Blu-ray.

X2: X-Men United
Jumping forward three years (for us), the second installment seems to exhibit a little more clarity. This one seems more…precise, for lack of a better term. We get a new slew of mutants this time around with a new set of skills. Still, the color depth really resonated with me. The ending sequence takes place in the stark, white snow which seemed a bit grey on the Blu-ray, but now glows. The HDR is, no doubt, responsible for this. As with its predecessor, there is simply more detail present. Everything looks sharper and it gives the film a more sleek look and feel.

X-Men: The Last Stand
The most recent entry in the trilogy is the best-looking of the bunch. We’re treated to a visual array of scenes that really showcase what 4K is all about. The ending sequence in which Wolverine’s skin is burned off and then regenerates, the “aura” of Dark Phoenix as well as the blue fur on Kelsey Grammar’s Beast. Technology had come a long way in the short six years since the first film’s arrival. This has the same sheen and veneer that some of today’s modern new to 4K films have. Color depth, again, has been improved since the first Blu-ray.

Unlike the video presentations for the three films, the audio might be best described as an opportunity missed. While they don’t sound bad, per se, it would have been a real treat for each one to get a new Dolby Atmos mix (or DTS X, I’d have been fine with that as well), but alas the same DTS HD Master Audio mixes found on the Blu-ray’s are present here. Each film exhibits scenes that really showcase the dynamic quality of the films. From Wolverine’s claws slicing and dicing to some of the epic battle scenes. Surrounds are active, the LFE have a few choice moments and the front stage carries the films nicely. There’s really nothing to complain about as we’ve all “heard” these before, but it would have been a real treat to have a next generation soundtrack on these films.

Again, I suppose we can’t complain, but no new supplements have been added to these discs. Each of the 4K films have an audio commentary, with the remainder of the supplements found on their Blu-ray counterparts. These films have been released in varying editions. We’ve covered those in our reviews, but the features of the Blu-ray’s are listed below.

There’s no denying the universal appeal of the X-Men movies and its spinoffs. If not for these films, it’s likely we would have never been treated to the Deadpool movies and wouldn’t that be a travesty? Yes. Yes it would. Fox has done a fine job with the improvements in video quality, though the same DTS HD Master Audio tracks and features remain from the older Blu-ray discs (and several are missing a second disc with even more supplements). Is this a replacement for your X-Men movie collection? Yes, if all you care about is video quality. If it’s the supplemental material you’re after, I’d hold onto those Blu-ray’s since this set doesn’t have all of the supplements available.