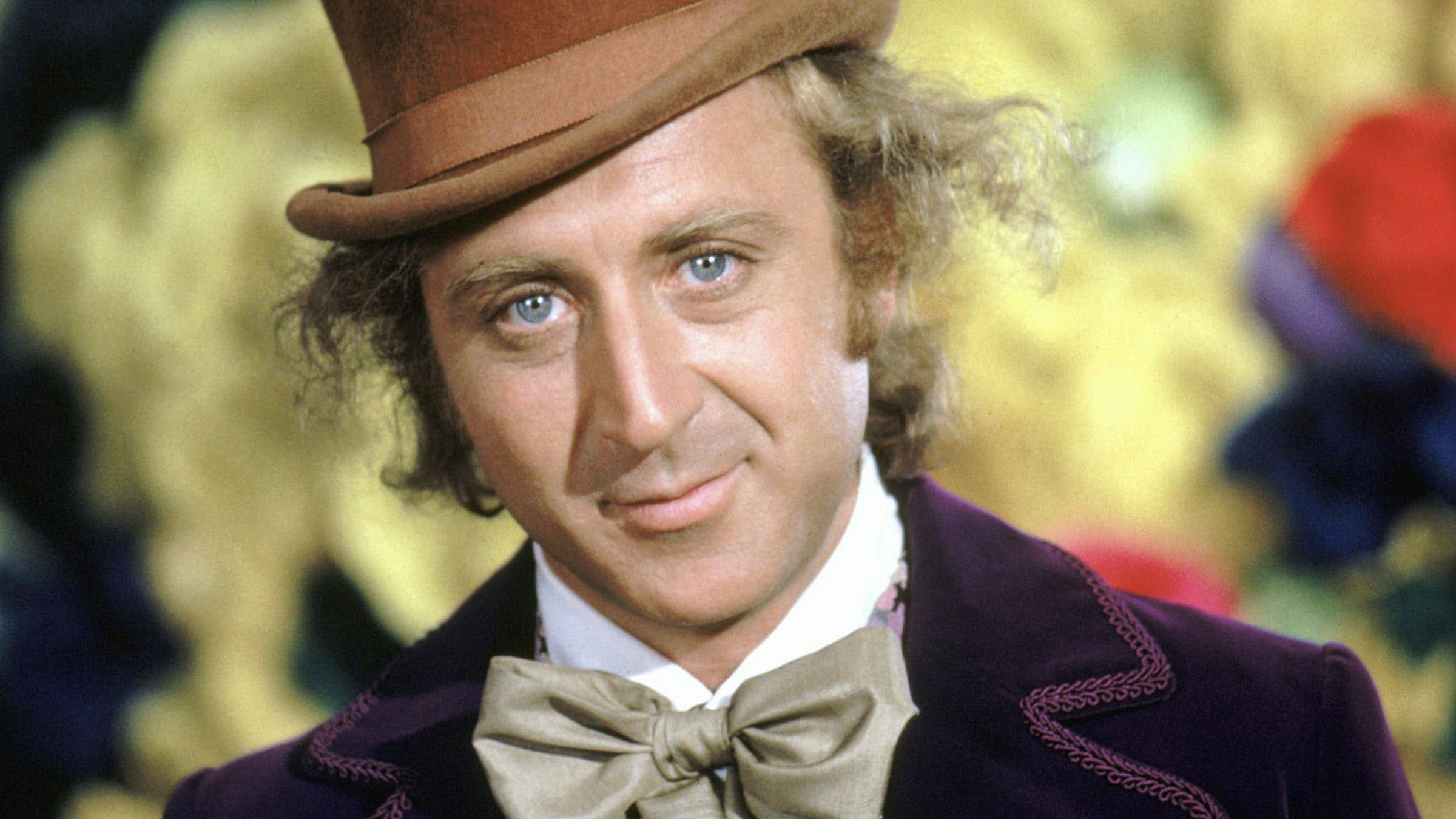 It’s not hard to associate things with Willy Wonka and the chocolate factory when you hear such things as “Oompa, oompa, oompedee oom…” (There’s probably a spelling error in there), but one thing that this campy movie did do was make our imaginations run wild. The movie was a little before my time, but I can vividly remember seeing it and having it make a lasting impression on me. I mean, how many movies have people drinking cola and flying up to the ceiling, girls turning into giant blueberries and people getting sucked into the undertow of a chocolate river? Not many that I can think of…Based on Roald Dahl’s book of “Charlie and the Chocolate Factory”, this is the movie adaptation of his work of art. It goes a bit like this…

Wonka brand products have been the leading seller for some time. Their candy bars are favorites among kids and almost everything with the Wonka name means that it’s good to eat. But Wonka (Gene Wilder) has started a promotion. Wrapped inside five of the Wonka bars are five “Golden Tickets”. A golden ticket gets you and a loved one inside the Wonka plant for a tour by the man himself. Naturally, there is a high demand for such a thing and the story concentrates on how five kids get their tickets and what happens to them inside the factory. The kids couldn’t be more diverse, one is a spoiled brat who gets her ticket by literally buying all the bars she can and hires a group of people to unwrap chocolate bars until they uncover a golden ticket. But the story really revolves around Charlie. Charlie is the boy who we like. He’s nice, generous and caring. So we all naturally root for him when he uncovers the last golden ticket. The other kids have all received their tickets, so it’s off to the factory they go.

The rest of the movie deals with the kids and their “guests” as they tour the factory, encountering “treasures” which actually masquerade as “dangers” and what is it that Wonka is actually up to? Why would he give such a tour after all of this time? Is he seeking a replacement for the CEO of Wonkaville? That’s part of the fun of watching Willy Wonka and the chocolate factory. While the movie is dated physically, it’s been a classic for years and will most likely be a classic for years to come. Tim Burton, a long-time fan of author Dahl, remade this movie in 2005 entitled Charlie and the Chocolate Factory with ever present actor Johnny Depp taking the helm. While good in its own right, there’s really no substitute for this classic.

When I sit back and think about it, this is one of those catalog “classic” films that’s really meant for the 4K format (The Wizard of Oz being another). Colors seem to leap off the screen in Wonkaville with vibrant reds and oranges, emerald greens and even Violet’s dress seems a bit more lively. This 1.85:1 HEVC 4K transfer really brings out the best this film has to offer and though not perfect, it’s pretty close. The HDR does add some depth and more highs and lows to the various scenes. The increase in detail is evident and I found that while grain still persists, it’s more naturalistic. At this point in time we’ve gotten used to how good even a title that’s half a century old can look and now expect it for all titles. That’s not wrong.

The included DTS HD Master Audio replaces the previously-released Dolby TrueHD track that was present on the other versions. Truthfully, there’s a bit more depth in this one, but the TrueHD track didn’t exactly sound bad. The songs sound a bit more rich and full and even the surrounds seem a bit more active as well. Again, this isn’t a movie that will be used for demonstration material, but it’s hard to imagine the film sounding much better than this. In a nutshell (or perhaps I should say a candy wrapper?), the film looks better than it sounds which is what we were all expecting.

The extras appear to be the same as those previously released. Something new would have been appreciated, but hey – no complaints here.

Willy Wonka and the Chocolate Factory is perhaps the most well-known of all of Roald Dahl’s books. It’s a classic in every sense of the word. The phrase “often imitated, never copied” comes into play here. Warner’s 4K offering is the best the film has ever looked and though we’re served the existing extras, this is now the definitive edition. Recommended.