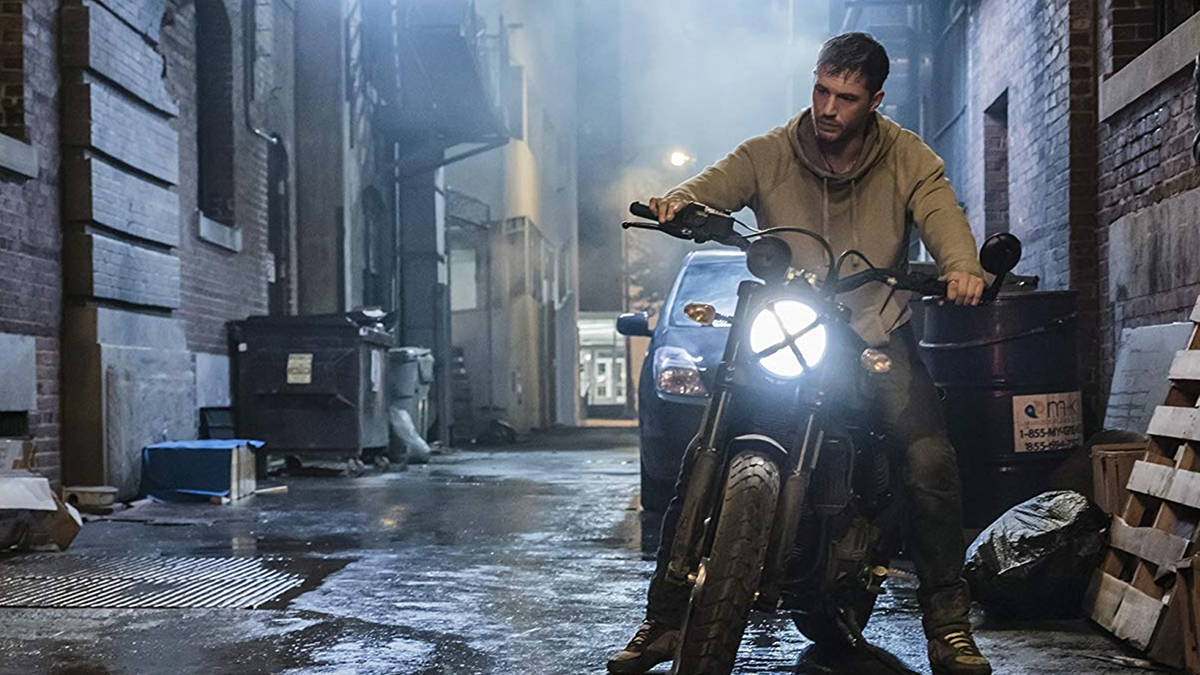 Ok, let me set the stage. I used to collect comic books when I was in college. Over the years, I’d assembled a pretty decent collection that, until recently, resided in boxes in my parents’ basement (no I never lived there, surprisingly). In case you’ve been living in a cave for the last decade, comic book films are all the rage. So, yes, all of these titles I paid .75 for are now worth hundreds of dollars. I mention this because Venom is a rather odd choice for a movie, especially since it’s now technically part of the MCU. Who would have thought that a little black blob that was once Spider-Man’s costume would now be one of the most popular comic book characters. And astute viewers will know that this isn’t the first time we’ve seen our black and slobbery foe. He appeared (played by Topher Grace) in 2007’s Spider-Man 3 playing the same character – Eddie Brock. This was, of course, before they rebooted the franchise…again. And again.

The Life Foundation is a genetic laboratory dedicated to space research. It’s funded by megalomaniac Carlton Drake (Riz Ahmed). The foundation’s existence isn’t exactly clear, but it seems to want to solve some sort of ecological, medical or societal woes that might wait for us in the stars.  This takes a backseat once Drake gets a hold of an alien symbiote from one of his errant space crafts. Enter Eddie Brock (Tom Hardy), a hard-news reporter who’s made a name by going after folks like Drake and defending the voiceless everyman. Eddie’s girlfriend, Anne (Michelle Williams), a successful lawyer, feels the slings and arrows when his puff piece on Drake goes wrong. And, wouldn’t you know it, Eddie and an alien symbiote manage to join up (literally) and what we’ve got is…Venom. I won’t explain much more since what happens after this is a bit, well, all over the place. That said, fans of our large-mouthed black suit of skin will or should be happy with the results.

One thing I found odd about the film was that it was totally independent from the MCU. There was a lot of hoopla, yes hoopla, surrounding the fact that Spider-Man was now a part of the MCU as was the X-Men, Deadpool and so forth. But Venom makes no mention of it. Or even Spider-Man for that matter. It’s as if this movie exists on its own with no real tie to the rest of the movies out there. I suppose there was a reason for that and it’s not like it mattered much as the movie was a financial success (and the movie sets it up for a sequel with Carnage, another alien symbiote), so we’ll see how that works out. Suffice it to say that if you’re tired of the “regular” MCU and don’t want to delve into the DCU, then options become a lot more limited. As such, Venom might be just what you were looking for. Hardy is great in his role and is just edgy enough to make the character of Eddie Brock a bit menacing, yet likable at the same time. That if you like San Francisco, you’ll be right at home.

I suppose it’s hard to classify how a movie starring an alien suit of skin with huge teeth should really look on screen. Is there an antecedent for that? Kidding aside, I’ve said in multiple reviews that Sony puts out the best-looking 4K discs and I stand by that statement. With Venom, the 2.39:1 HEVC 4K image simply dazzles. There are plenty of shots of one of my favorite cities – San Francisco. Some of the sweeping ariel shots really give us a great, HD view of the city by the sea. We’re also treated to shots of the Golden Gate Bridge and Lombard Street (the most crooked street in the country). Flesh tones, for lack of a better term, look nice and natural. Black levels, which admittedly play a larger part here, are simply perfect. Venom’s “skin” takes on a shiny form that seems to flawlessly meld with Hardy’s character (that’s the point). The included Blu-ray looks great too, it’s just that the 4K ups the ante a tad bit more.

The Dolby Atmos mix is certainly not wasted on this film. If you’re like me and hear voices in your head then you’ll be able to identify with Hardy’s character and Venom telling him what to do. Kidding, of course. But the Venom “voice” really does resonate and it makes for a worthwhile viewing experience. Not to be outdone, there are some chase scenes, plenty of action around the Bay area and things, of course, get blown up. And guess what – it all sounds amazing!  The atmospheric sound really does the job here with a veritable 360 sound stage that’s, for lack of a better word, dizzying. It really is a great soundtrack.

I’m still scratching my head over the choice to make this movie. It’s a one off from the Marvel films we know (and love). Hell, even Deadpool has the X-Men (or a couple). But that aside, the film was a critical bomb but a financial success. Will we see Tom Hardy done the black suit in a future film? I’d say so. Sony’s 4K disc looks and sounds amazing and the included supplements might be enough to warrant a purchase.