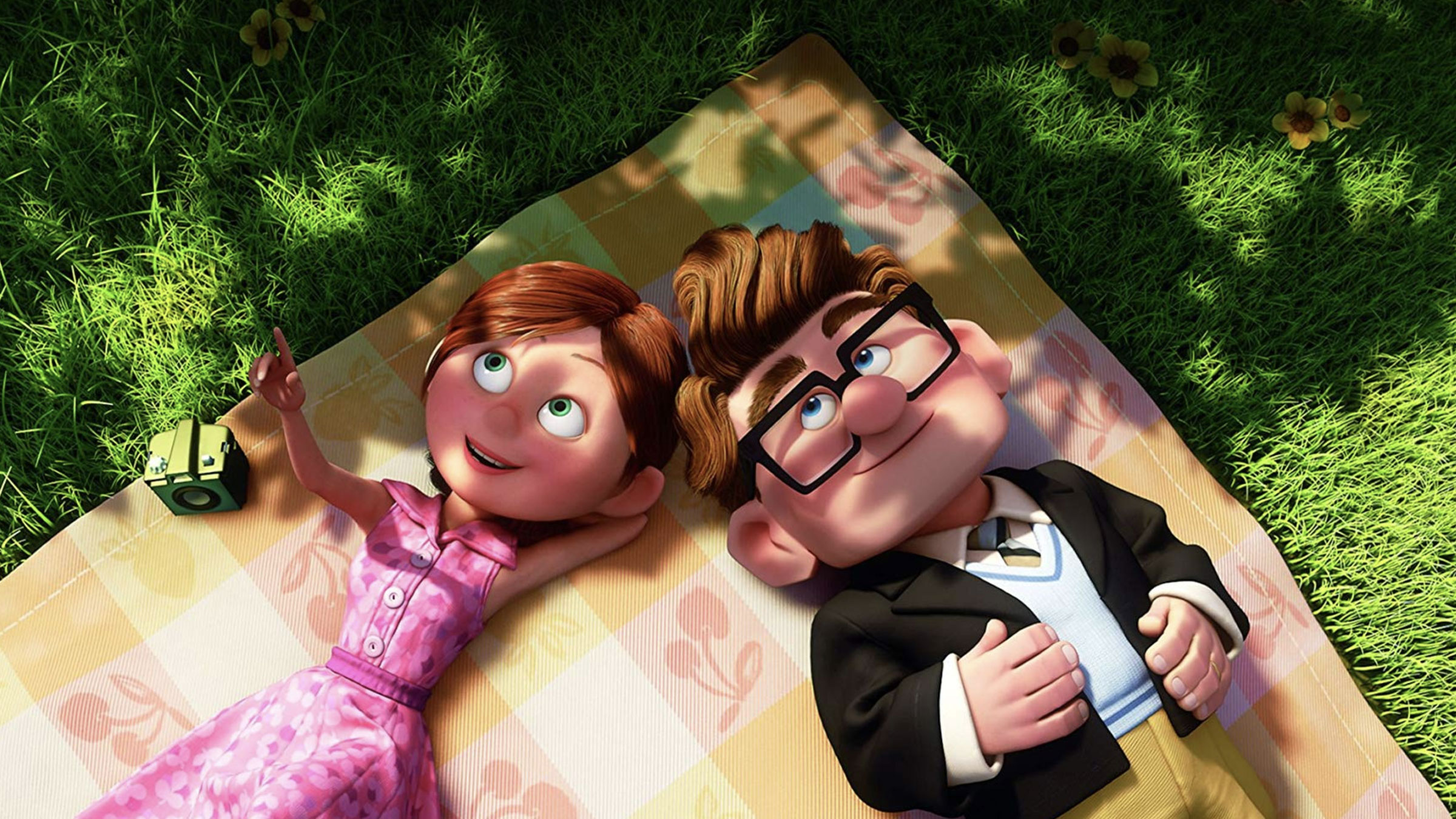 With every new entry into Disney’s Pixar line of films, I’d imagine that the bar is getting pretty high. Let’s face it, these movies haven’t exactly been failures at the box office and have enjoyed as much critical acclaim as commercial appeal. What began in 1995 with Toy Story has turned into one of the sheer delights of watching animation. And it’s with this latest offering, Up, that shows the Pixar juggernaut shows no signs of slowing down. That’s good. With traditional 2-D animation going the way of the dodo, these “Pixar-esque” films are becoming more and more popular. Now there’s nothing wrong that, so long as they’re entertaining. Most are and some aren’t. What really amazes me even more is that each one of these takes several years in development. While watching the supplements on Up, it usually starts with an idea and blossoms from there. The attention to detail, the constant rewrites and the sheer amount of effort and energy involved are nearly too much to comprehend. Still, they keep cranking them out (and wouldn’t you if nearly every movie grosses half a billion dollars worldwide?).

The first twenty minutes might be some of the most emotional I’ve ever seen in a film (live action or animated). We meet Carl (later voiced by Ed Asner) and Elle (Elie Docter) as they meet as children. We see them grow up and get married. They turn the old and abandoned house into their very own. They have dreams; to live out an adventure by going to Paradise Falls in South America. They start a savings fund but life has a way of interfering. Flat tires, medical bills and other things interfere. Elle isn’t able to have children so the two end up old and presumably happy together. But fate interferes and Carl is left by himself. He’s cantankerous and keeps to himself and views his house as a shrine to Elle. He won’t sell it to the developers who are building high rise buildings all around him. After mistakenly injuring a worker with his cane, it’s deemed that Carl would be best suited in the Shady Acres retirement home. Carl, however, has no intentions of going so quietly and when the men come to get him, he ties a few thousand balloons to his home and up, up and away he goes. It’s here, pun fully intended, that the story takes off.

Carl is enjoying himself floating in the air when he realizes that a young Wilderness Explorer, Russell (Jordan Nagai) is scared to death on his deck. But the two manage to navigate their way to South America anyway. The duo then encounter a mysterious land and an even more mysterious, flightless bird which Russell names “Kevin”. As it turns out, this is the bird that explorer Charles Muntz (Christopher Plummer) has been after for over fifty years. He’s become a recluse and has made it his life’s ambition to find and bring back this bird to critical acclaim. He’s also got an army of dogs that, through the use of a special collar, can speak. It’s a race against time to get the house to Paradise Falls so that Carl may complete his life’s journey. But will the appearance of Muntz intervene with his plans?

is so deliciously clever that it rose right up there with my favorite Pixar titles. It’s not my favorite or even my second favorite (those two spots are held by The Incredibles and Ratatouille respectively) but I’d have to put it in the top three. Like the other Pixar films, it’s got enough laughs that the kids will love it and enough subtleness that adults will laugh (and cry) along with it. I’m always amazed at the talent that they find to voice these characters too and how much of a part they really play. Craig T. Nelson was perfect as “Mr. Incredible” and I see Ed Asner in much the same way. The voice embodies the characters as much as anything else. Odds are this won’t be a hard sell to get you to watch this film. If you’ve seen any of the Pixar line of movies then you’ll no doubt have already seen this in theaters and probably already have this on your shelf (or under the tree). Still, if you need that extra push, then let me offer you a balloon.

This is the debut of the film in 4K and I really don’t know what they could have done to improve the transfer from the Blu-ray. But whatever it was (let’s assume that it was the HDR and added resolution) it worked. Take the subtle stubble on Carl’s face later in the film. The dirt and grain on Russell’s face and the complexities in Kevin’s feathers. Amazing. The richness and depth of color is only the icing on the cake as pretty much every facet of this transfer is so jaw-droppingly good that words can’t seem to do it justice. Should you use it to say “look at my TV and how good it is!” Yes. Yes you should.

Oddly, the film has a 3D version as well. It’d have been nice to throw that one in the mix as well. Alas…

The Blu-ray’s (also included in this set) featured a DTS HD Master Audio mix and this ups the ante with a Dolby Atmos soundtrack. The howling of the wind, the barking of the —SQUIRREL!!!— dogs and the little nuances here and there combine to create a symphony for your ears. There are some of the more “in your face” sounds like the rumbling of the thunderheads, the dragging of the house and the thump of the dogs attacking. Then there are the little things, like the shattering of a window in a house. The weird sound that occurs when you try and grab a balloon and the odd voice that comes out of the Alpha dog’s collar. Yes, Up is one of those movies that really sounds as good as it looks (and vice-versa).

Disney’s 4K offering doesn’t add anything new to the supplements, but what was already out there should be more than enough.  These supplements are found on the two Blu-ray’s.

If you’re not somewhat moved by the film’s prologue, then you’re probably not someone I’d want to know. Even watching the film these years later, it still brings a tear to my eye. We age and people die. It’s a fact of life. But the way it’s portrayed is simply beyond reproach. On a more technical note, the 4K offering looks fabulous and sounds nearly as good. There are no new extras (shocker), but if you’re looking for the most definitive version of one of Pixar’s best – look no further.