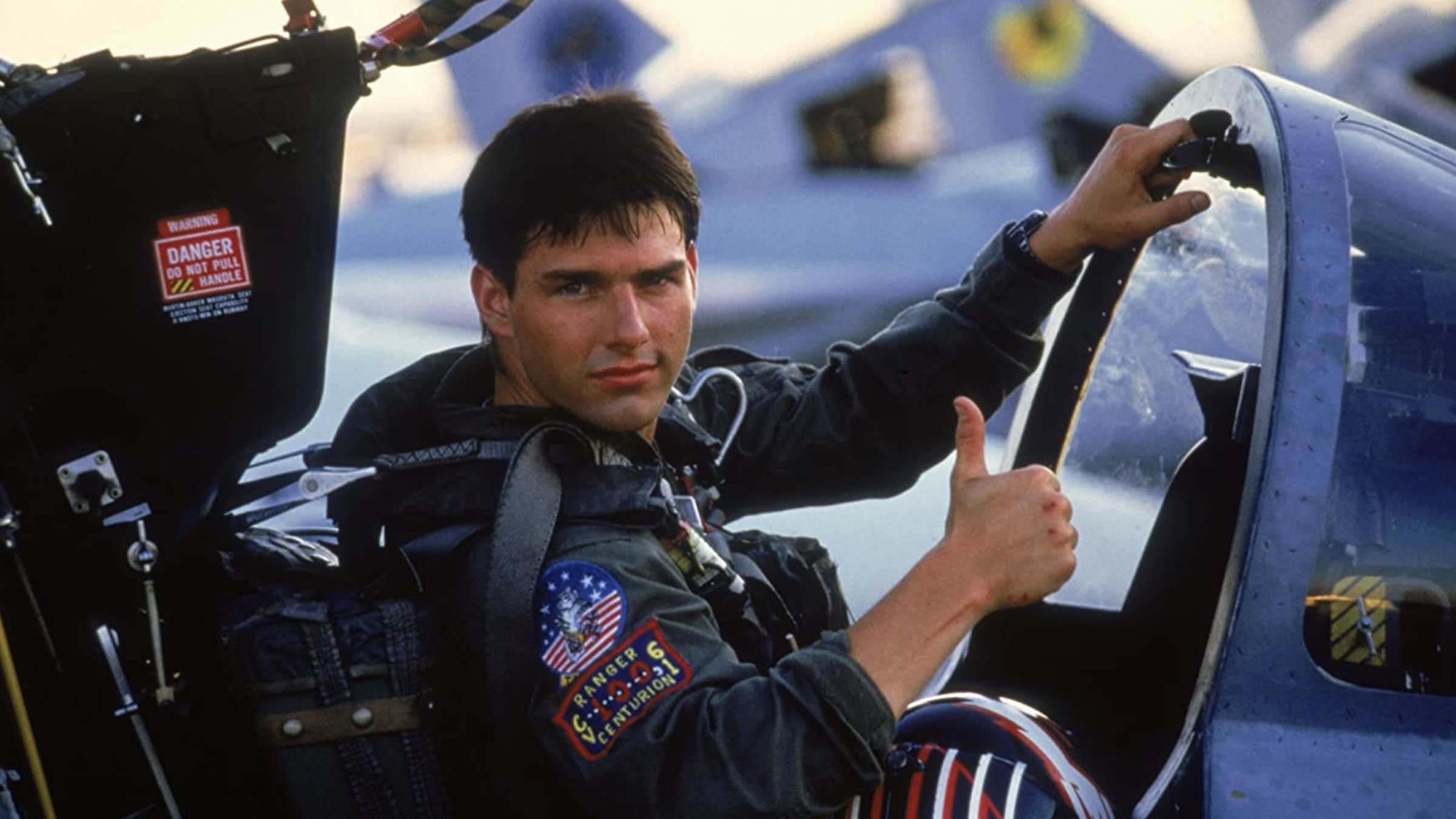 It’s impossible to fathom that it’s been over thirty years since audiences were first introduced to Top Gun. Yes, the film that literally epitomizes the Cold War as much as anything else out there, Top Gun gave us the action whereas Dr. Strangelove gave us the humor. More importantly, Top Gun gave us Tom Cruise, which was a good thing until he started hopping on sofas on national television. Cruise wasn’t a household name but had a few credits to his name before he made the breakthrough to Hollywood mega star. Additionally, the film was one of the first and most successful for producers Jerry Bruckheimer and the late Don Simpson (Bruckheimer has since produced several dozen action/adventure movies that have grossed billions all over the planet). The film also put director Tony Scott on the map as well, the brother of director Ridley hasn’t always been so critically-acclaimed but his movies have a little more firepower nonetheless (pardon the pun).

The plot of Top Gun could literally be summed up in a few words: “Russians bad, Americans good.” There’s more to it than that, of course, but from above that seems to summarize what the movie is about. Ok, I’ll do deeper. Cocky young Lt. Pete Mitchell (Tom Cruise) has been selected as a candidate for Top Gun – an elite school where the Navy trains their pilots for combat. The school is comprised of the best of the best and there’s little room for egos. Among the candidates are “Iceman” (Val Kilmer), “Goose” (Anthony Edwards) and “Slider” (Rick Rossovich). Naturally students need teachers and they’re led by “Viper” (Tom Skerritt) and “Jester” (Michael Ironside). Naturally with all of these men, we need a woman (a muse if you will) and we get that in Charlie (Kelly McGillis), the instructor who has a fling with Pete. Suffice it to say that the movie has enough action to satisfy all of the men and enough romance to satisfy all of the women and no doubt why it was so successful at the box office.

Top Gun is a modern classic, there’s no doubt about it. It was the right movie at the right time and produced a true superstar out of Tom Cruise. In addition to a great movie was an even better soundtrack that had a few of 1986’s better songs. Kenny Loggins’ “Danger Zone” is prevalent throughout and the more romantic “Take My Breath Away” provided the emotion for the love scenes. Love it or hate it, Top Gun is probably a movie that everyone should see. It has some of the best action sequences that I’ve ever seen and even twenty years later, those are still tough to beat. The movie is a bit dated, but for fans of the action/adventure/romance genre this is probably a Top 10 movie. A good supporting cast certainly doesn’t hurt and if you look real close, you’ll catch a few glimpses of future Academy Award Winner Tim Robbins.

The movie hasn’t really ever looked bad in any format that I’ve seen. I’ve owned this in just about every incarnation from VHS (it was one of the first VHS movies to be priced to own), Laserdisc and standard DVD. This isn’t its first appearance on Blu-ray, nor its second as it was released in 3D a few years back. Putting aside the history of this movie on the home format behind us, we’re finally treated to a 4K version of one of the most iconic movies of all-time. Yes folks, the wait is over – we have Top Gun on 4K.

Looking at the image, I was immediately impressed at how warm the colors are. Granted, the azure sky in a lot of the aerial shots has a certain mystique, but several of the shots seem to lack that “cold” look that’s plagued, well, every other release. Aside from the warmer colors, the detail has (obviously) been improved. Backgrounds seem a bit more in focus, close-up shots reveal more detail and texture. I’d forgotten how in most of the scenes, the men have a thin layer of sweat on their faces. The HDR adds a bit more fuel to the fire with some more color range, giving way for a broader spectrum. This is, far and away (Cruise pun intended), the best this has ever looked.

I was going to do some screen shots that compared this to the previously-released Blu-ray, but someone has already done that. Please take a moment to check out this review at High Def Disc News.

Lauded for some of the best sound in the era of LaserDisc and early Dolby Digital (yes, Dolby Digital) I was expecting big things from this soundtrack as it’s long been regarded as one of the better-sounding out there. This is the first time we’ve been treated to a Dolby Atmos track and I’m sure purists will bemoan the fact that the previously-released TrueHD mixes weren’t ported over. I’m always in favor of what sounds (and/or looks) the best, so I don’t see the need to complain.

That said, there are several sequences in which all of your speakers will be humming away with missles whizzing by, airplanes whooshing from one side of the screen to the next (yes, “whooshing” is a word…I think) and, of course, planes blowing up. Granted, the movie is three and a half decades old and we’ve come a long way in terms of how movies sound but with that said the movie just seems to lack the punch that the modern movies do. The dialogue is crystal clear and the soundtrack resonates through all your speakers as expected. The surrounds are almost constantly humming along too. There aren’t many films that will make you appreciate all the money you put into your home theater system, Top Gun is one of them.

The two-disc set ports over the supplements from the previously-released disc and even adds a few new supplements. Paramount isn’t usually known for adding things to their new catalog releases, but these are certainly most welcome.

All of the supplements from the previously-released Blu-ray are present along with the new feature, The Legacy of Top Gun added.

Odds are that if you’re a film lover, then you’ve seen this countless times. Paramount’s 4K offering ups the ante with an improved picture and sound as well as a slew of new supplements that compliment an already robust set. Simply put, there’s no reason not to have this as part of your collection.