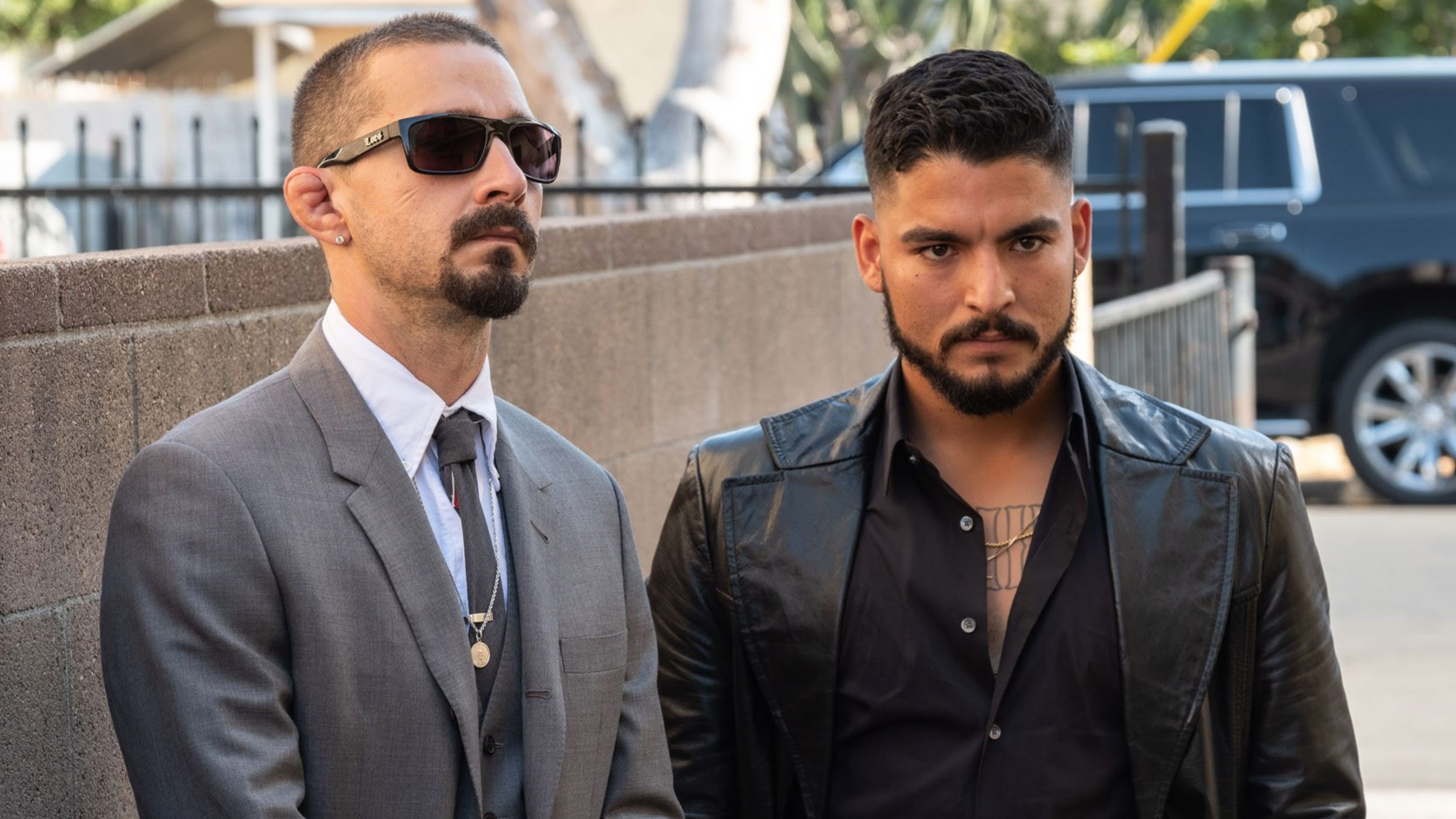 There’s a line in one of my favorite movies, Billy Madison, in which the principal ponders the gibberish that the titular character (Adam Sandler) has just uttered. The principal simply states “Mr. Madison, what you’ve just said is one of the most insanely idiotic things I’ve ever heard. At no time were you even remotely close to what could be considered a rational answer. Everyone in this room is now dumber for having heard what you just said. I award you no points and may God have mercy on your soul.” And that’s how I felt after the closing credits of The Tax Collector. That’s harsh, I know. But I’ll do the courtesy (below) of explaining why. But I’ll switch gears for a second and talk about Shia LaBeouf. I like him. And I consider him to be a very competent actor. I liked his stuff when he was in his teens like Disturbia, Transformers and Indiana Jones and the Kingdom of the Crystal Skull. But those were about a decade and a half ago. He’s now in his mid-30’s and actors need to keep getting parts. The Tax Collector is his latest gig. Let’s see what’s in store.

We meet the two main characters of the film with David (Bobby Soto) and his muscle, Creeper (Shia LaBeouf). Their job is to go around Los Angeles and collect the 30% “tax” from local gangs and give it to boss (George Lopez). The film paints David as a family man in some of the most contrived scenes ever written, but we’re supposed to buy it. Aside from that, nothing is ever as as easy as going around Los Angeles and getting money from gangs. There’s a new boss in the making with Cojejo (Jose Conejo Martin) that makes their work increasingly difficult. What’s going to happen to David and Creeper? Or, more to the point, do we really care?

The problem with this film is that it’s something we’ve all seen before. But that’s fine. It’s been said that Shakespeare did everything, so in all truth – every film that’s ever been made has been a copy off of something that he did. But if we’ve got interesting characters, that makes it worthwhile. And here, we don’t. They’re paper thin and contrived. We simply don’t care what happens to them. Directed by David Ayer (Suicide Squad, Fury), it’s clear that he’s got talent as a writer and director. Just not here. I don’t know what the issue was, but there was some sort of misfire in all facets of this film. To be blunt, just avoid the movie unless you like movies that are so bad, they might be good. At only 95 minutes, this one had me looking at my watch about once a minute.

The 1.85:1 HEVC 4K transfer is the highlight of the film (then again the bar was set pretty low). I’ve seen a few other films from RLJ Entertainment and they’re all very strong visually. Color depth is top notch, detail is as we’d expect – off the charts and we get plenty of body art to showcase how crystal clear the image is. Contrast and black levels are too, very strong. On a technical level, there’s nothing really wrong with the picture. If there are any fans of this film, then they will love the way this looks.

A DTS HD Master Audio track is what we get here and though a Dolby Atmos or DTS X mix might have upped the ante a bit, it’s really not that big of a deal. There are a few sequences in which the audio really takes over. Surrounds permeate, the front channel holds most of the action and I found nothing wrong with the vocals. It’s a standard, yet effective, DTS track.

I try and give every movie the benefit of the doubt. I figure if filmmakers were able to write a script, acquire some stars with notoriety (and I consider a few here to be of that caliber) then there has to be some redeeming quality. And I’m sure there is something like that here, but I just wasn’t able to find it. The disc looks and sounds good, but apart from that – you’re better off watching something else.