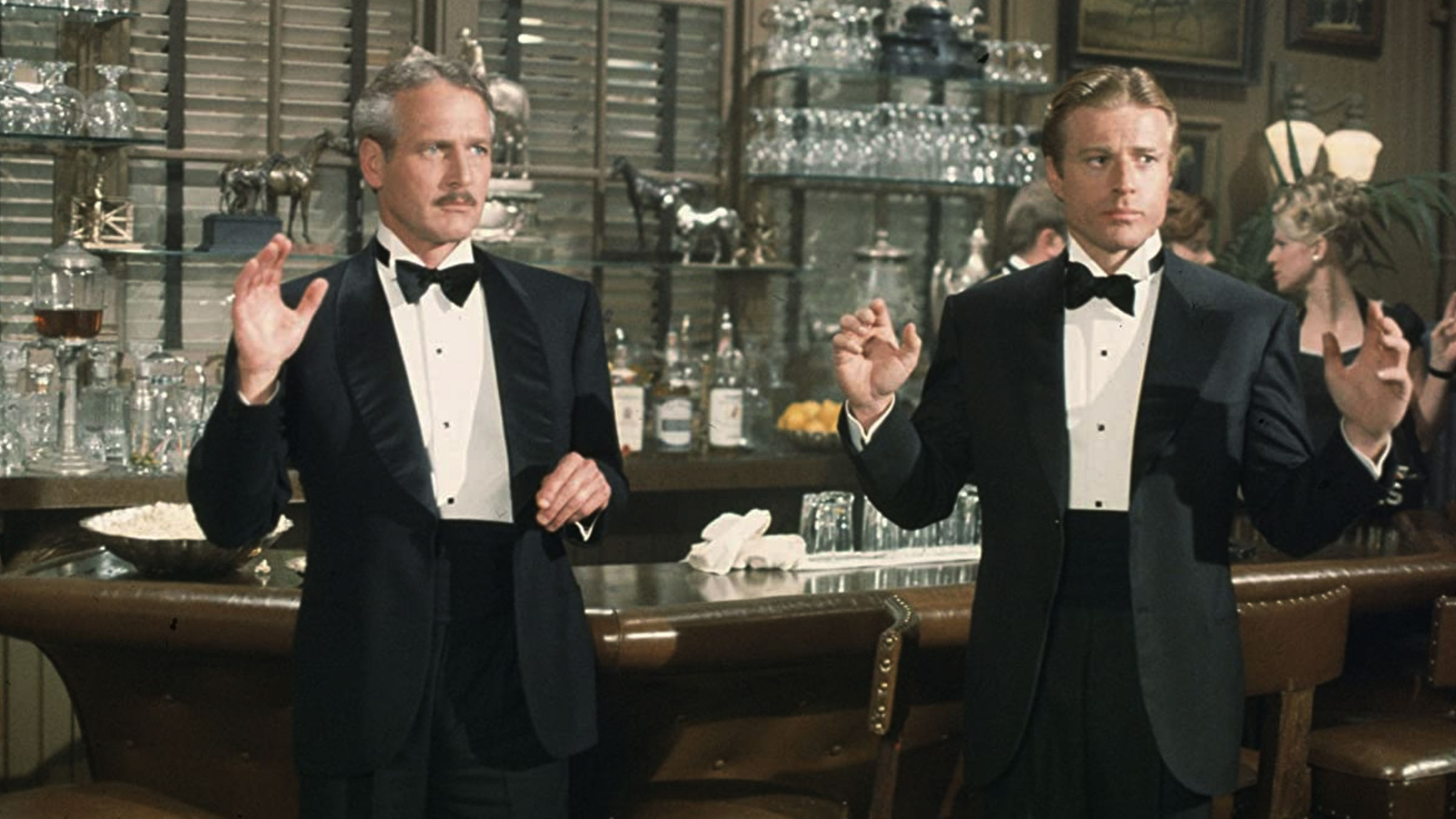 The highly-anticipated filmmaking reunion of director George Roy Hill and actors Paul Newman and Robert Redford after the phenomenal success of Butch Cassidy and the Sundance Kid just a few years prior, The Sting is a Best Picture winner that reminds us that the honor actually used to mean something. The plot, as replete with twists and turns as it is, somehow remains straightforward and simplistic at the same time – something I intend as a compliment and not as a criticism. It had been several years since I last visited this film, and I was pleasantly surprised at just how effortlessly it managed to re-captivate me. After a seemingly small-time bait and switch con unexpectedly crosses local crime boss Doyle Lonnegan (Robert Shaw), street grifters Johnny Hooker (Redford) and his best friend and mentor, Luther Coleman (Robert Earl Jones), are targeted for a hit. Luther wants out of the con game and urges Hooker to get in contact with an old friend of his named Henry Gondorff (Newman). After Lonegan’s thugs catch up with Luther and Hooker gets away by the skin of his teeth, he decides to track Gondorff down and convince him to team up for revenge on the crime boss by pulling of the ultimate “sting”. Gondorff, according to Luther, was the best con man ever in the game, and Hooker quickly enlists his help to learn all the tricks of the trade before going back up against the wisely suspicious Lonnegan.

Virtually every element of The Sting is pulled off supremely well. The acting is top notch from the two leads, but Robert Shaw’s Lonnegan is no less impressive, serving as a formidably dangerous foil for our protagonists. Having watched the making-of documentary on Jaws, I recall Richard Dreyfuss commenting on Shaw’s real-life temper and predilection toward competitiveness. I suspect that these traits informed Shaw’s excellent turns in both films, making him the ideal choice for the fatally arrogant villain. The story is riddled with plot twists befitting a movie about deceptions and double-crosses. Indeed, one of The Sting’s greatest strengths is in David S. Ward’s screenplay, which shows us most – but thankfully not all – of the motivations behind everyone’s actions. In fact, one particularly vital element of the con is intentionally left out, allowing the audience to be just as surprised as Lonnegan at how it all plays out in the end. Just the right amount of tension is allowed to fester between our con men, allowing us to wonder just how loyal either will be to the other when the chips are down in the final act. The con itself, consisting of a horse-racing scheme, is played off completely believably, requiring a cast of characters both large in scope and thoroughly convincing during the film’s numerous, protracted “set up” scenarios. There’s also a subplot involving a waitress at a nearby diner that I’d personally forgotten about since the last time I viewed the film which leads to rather surprising results. I’d not remembered just how labyrinthine the plot of The Sting was, and it’s a testament to how great this movie is that everything is kept easily understandable and its complex plot kept classically linear.

It’s hard to believe that The Sting is nearly 50 years old, as its impeccable directing, era-appropriate music score, costume design, cinematography and flawless performances make it just as entertaining as virtually any film made today. It struck me while watching the film this time just how rare it was (and is) in Hollywood to see a movie like this which relies so completely on its storyline and capable actors to draw the viewer in. Even in 1973, the film was a nostalgic look back at the 1930’s. Today, that setting seems even more timeless than I suspect it did upon the movie’s initial release. You simply forget that you’re watching a film about the 1930’s made in the 1970’s and get swept away by the characters and masterful storytelling. Even early scenes never fail to intrigue, such as Newman and Shaw’s first scene together, as riveting a game of poker as you’re ever likely to see on the screen. As much as I enjoy Butch Cassidy and the Sundance Kid, for my money, The Sting is an even stronger film. Its tone is always consistent for one thing, something that Butch Cassidy, to be fair, never really had going for it. The plot is equal parts gripping, humorous, and entertaining, a balance that’s nearly impossible to pull off correctly. It’s perhaps an odd comparison, but the only movie that comes immediately to mind when I think of those three elements coming together with such effectiveness is Raiders of the Lost Ark. It’s funny when it wants to be, exciting when it chooses to be, and never loses sight of how high it’s elevated its own stakes. Redford and Newman may carry the film, but in the end, I truly can’t think of any one element that isn’t precisely as it should have been here, making The Sting one classic that fully earns the title. It belongs in any serious film fan’s collection.

On one hand it’s easy for a studio to take a previously-existing title (known as a catalog title) and give it new life on a new format. In the last two decades we’ve had DVD, Blu-ray, HD-DVD and now 4K. The point being, there’s been no shortage of new avenues to take advantage of new technology and make older movies shine once again. To be quite honest, the best example I found was while searching on YouTube. There’s a video that shows the various incarnations of all the formats for this film. It’s worth checking out. But, the bottom line is that with the way the 2012 version of this movie looked, there was room for improvement. While that version did look visually superior to the DVD, it seemed overblown and too light and thereby lost some contrast. The 4K disc has a more thematic and cinematic look and feel to it. This is good. The HDR gives several scenes some darker blacks and lighter whites. The entire film has a very earthy and naturalistic look (done intentionally to evoke the mood of the 30’s). While it still pales in comparison to other 4K titles from the time, it’s by far the best the movie has ever looked.

The DTS HD Master Audio 5.1 track on this new edition of The Sting, for the most part, sounds just fine. This is a nice surround upgrade that really gives the music and sound effects a nice boost, both in clarity and volume levels. So why the relatively low audio score? While I commend the efforts obvious in this audio track, there’s also something unquestionably gimmicky about it. I got the impression while watching this presentation that I was hearing one of Disney’s home theater mixes. That kind of pumped-up audio works well for an animated feature which, by its very nature, is built sonically from the ground up. But for a live action period drama, I’m not sure it really serves the material as well as the original mix would have in a lossless presentation.

Universal has included all of the supplements from the 2012 Blu-ray (bundled with this 4K disc) on the 4K disc. Sadly, no new supplements have been added.

Generally-speaking there are two camps when it comes to Paul Newman/Robert Redford films. Some prefer Butch Cassidy and the Sundance Kid, others The Sting. While you can’t go wrong with either, I’m a Butch Cassidy fan. But that’s not to take anything away from The Sting. It won Best Picture. Universal’s new 4K offering ups the ante with a restored transfer that takes away from the oddity that was the initial Blu-ray. Any way you cut it, this one comes out on top.