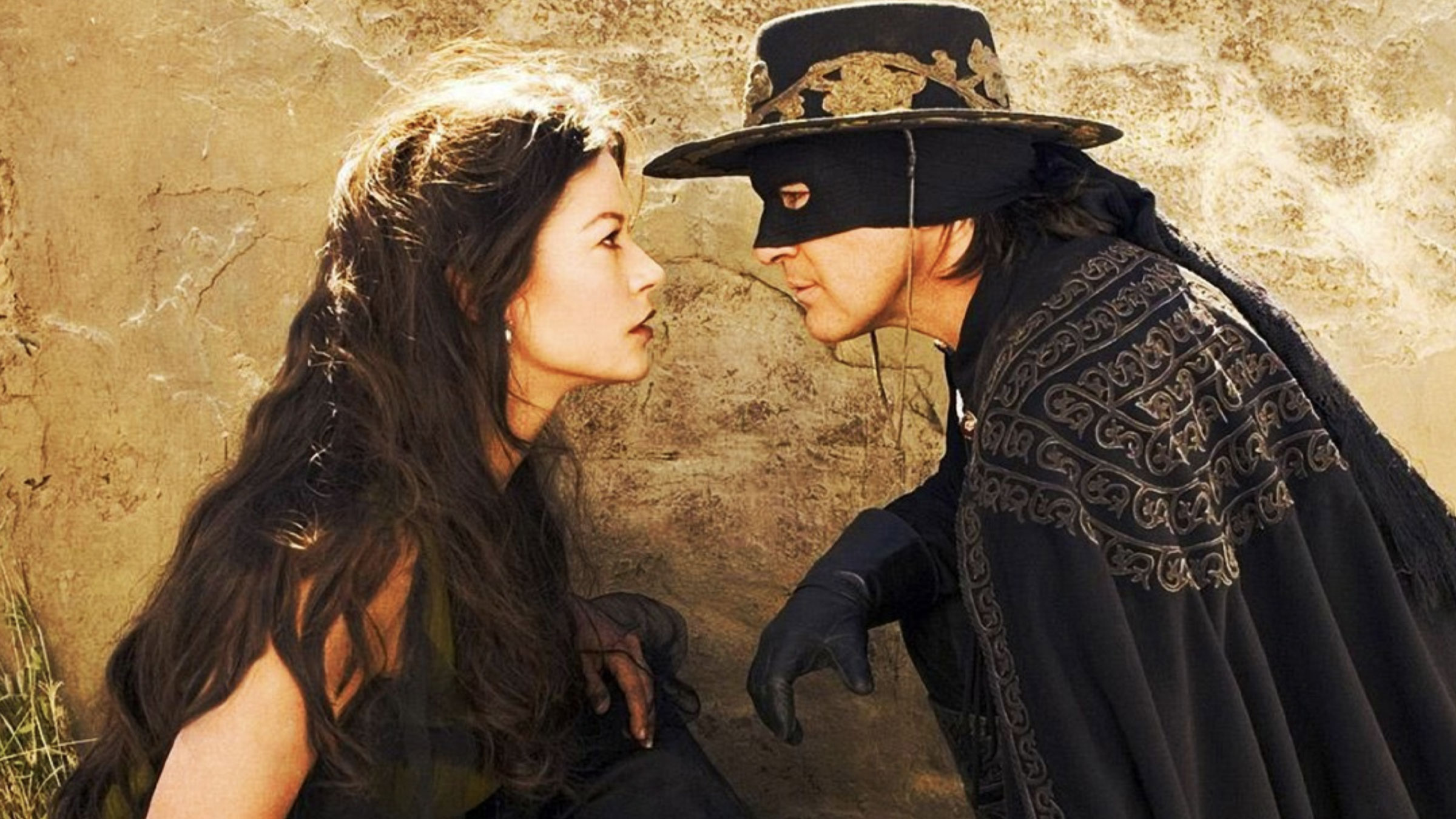 As long as the locals can remember, Zorro has protected them when they needed him to, often in the most dangerous of situations. But Zorro is no magical hero by any means, instead he is a man named Don Diego de la Vega (Anthony Hopkins), who has gotten older over time and wishes to spend more time with his wife & small child. His latest escapade was a most risky one, as he saved three innocent men from being killed, but was almost ambushed in the process. But when a couple of young boys managed to throw off the ambush, Zorro was able to make his escape and in return, he gave the boys a special pendant from around his own neck. After he returned home, Don Diego was seized by the authorities, his wife was killed, and his child was taken from him, leaving him imprisoned with nothing left to live for. But when he eventually left the prison behind, he discovered his daughter had grown up, thinking she was another man’s child. Don Diego soon runs into one of the young men who helped him so long ago, but Alejandro (Antonio Banderas) has just lost his brother and seeks revenge himself. Don Diego decides to train Alejandro in the ways of the blade and when the time is right, the two will tempt their fates and try to gain vengeance. But can even Don Diego make a warrior and a gentleman out of Alejandro?

I find The Mask of Zorro to be one of the best pure adventure movies from its time, so of course, I was thrilled to see a new two disc special edition released. I’ve seen a lot of Zorro movies in my time, but this one harkens back to a bygone era, when action was fast & furious, but humor & romance were also present. This one moves at a brisk pace and even at over two hours, never becomes dull in the least, quite the opposite, to be honest. The film has some superb action driven sequences, complete with dazzling swordplay, nice stunt work, and of course, gorgeous and lush set pieces, which make it look so epic in scope. As you would expect from a modern adventure picture, this one has slick production values and it seems like sixty-five million bucks were well spent, as it looks like it cost much more to produce. Antonio Banderas is in excellent form in the lead, while Anthony Hopkins, Catherine Zeta-Jones, and Stuart Wilson provide more than ample supporting performances. In short, this is about as good as modern adventure movies get and as such, anyone interested in being wildly entertained should give this film a look. This new Superbit Deluxe version brings over most of the extras, but loses some, though small improvements in audio & video might be enough to make this the better choice.

I’ve seen Antonio Banderas in a lot of roles, but he seems born to play this one, as he seems so natural as Zorro. He is a natural choice to take on the role if you go by looks, but Banderas also has the persona to handle the part, without a doubt. I found his performance here to be fantastic, as he is a lot of fun to watch and seems to manage well enough in all facets of the character. He has to be dramatic, humorous, and of course, work within complex action scenes, but Banderas never falters in this most impressive effort. I especially love the moments in which he combines action with humor, very entertaining and memorable stuff.

The Mask of Zorro never really had a problem in the video department and this new 4K version conveys that with some outstanding results. The 2.39:1 HEVC 4K transfer is the best the film has ever looked on a home video format and that’s saying a lot as the previous standard DVD “Superbit Deluxe” edition was one of the best examples of how good a film can look. What struck me the most were the close ups, you can see the pores in Antonio Banderas’ face as well as Hopkins’. Catherine Zeta-Jones really has no flaws to speak of, but to see the future Mrs. Michael Douglas prancing around in next to nothing (in HD no less) is a treat as well. Also improved is the HDR which gives the film more depth, black levels are darker and a bit more on the spectrum. Detail has been improved as well.

Not to be outdone, the new Dolby Atmos soundtrack is the epitome of what an uncompressed soundtrack should sound like. This movie has it all, explosions, gunshots and of course the high-pitched clinging of swords back and forth. There’s rarely a moment when the speakers are quiet and James Horner’s score only heightens the mood throughout. Dialogue, albeit of a more Latin temperament, is very natural and warm. Basically, everything you liked about this on the previous edition, sounds just a bit better here (if that’s possible).

It’s been a while since I sat down and watched this film and I think it’s aged fairly well. It was overhyped at the time, but the performances are really top notch. The new 4K version does take things up a notch or two with the improved video and audio and the addition of a few, though not many, new features might entice those who are teetering. 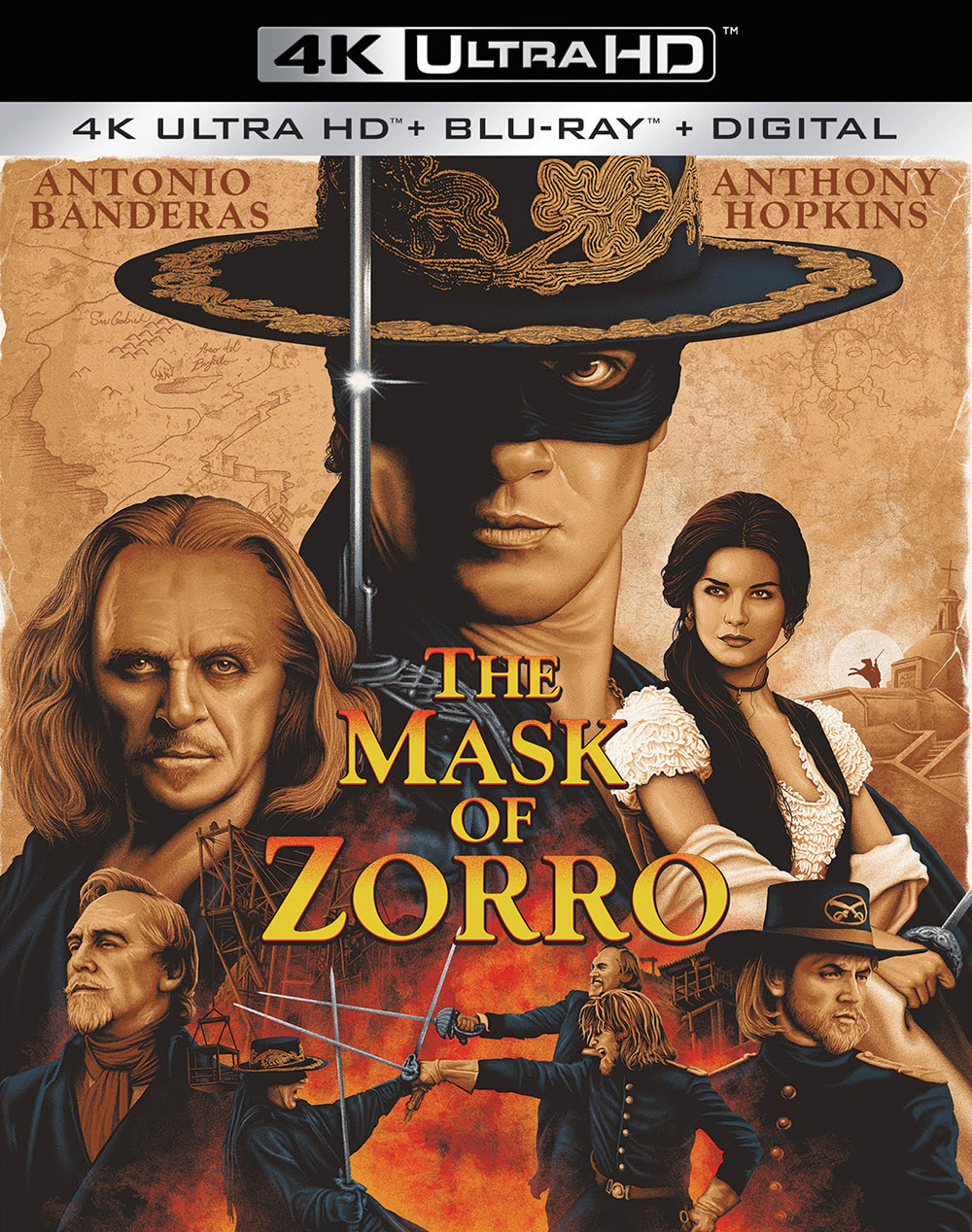