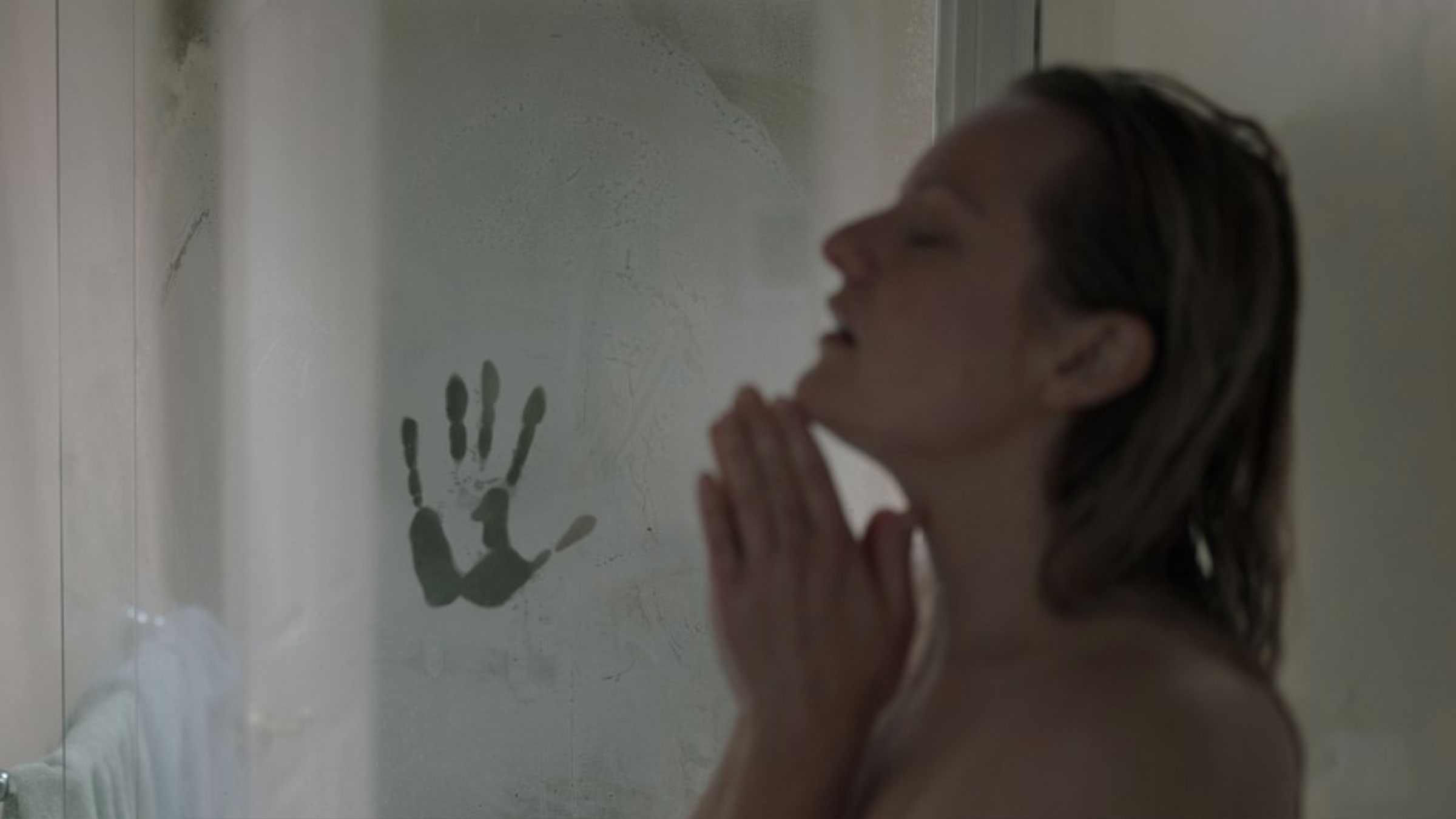 I have to give Universal credit. They keep making modern versions of their classic monster movies. Not all have been good. That’s to say, not all have been well-reviewed. It began in 2010 with The Wolfman. Dracula, Untold followed in 2014, Tom Cruise’s The Mummy a few years later and now we’ve got The Invisible Man. To their (Universal) credit, their persistence paid off. The Invisible Man was very well-received and is the best of the bunch. Though I have to admit that I did actually enjoy The Mummy. And there isn’t a lot that’s similar to the classic monster movie of the 30’s, but that’s OK. Director Leigh Whannell, known mainly for his work as a writer on a few of the Saw films and as the director of Insidious: Chapter 3 and Upgrade, has crafted something pretty great. Add to that Elisabeth Moss and we’ve got something special on our hands.

We meet Cecilia Kass (Elisabeth Moss) as she’s just drugged her abusive boyfriend, Adrian (Oliver Jackson-Cohen) while trying to escape in the middle of the night. She barely succeeds and is given refuge by her sister, Emily (Harriet Dyer) in the home of a friend who just happens to be a police officer, James (Aldis Hodge). Traumatized and afraid, Cecilia is afraid to leave the house as she fears Adrian is looking for her. She then gets word that he’s committed suicide, something she finds a bit hard to swallow. After a series of strange events, she feels that Adrian is using his expertise in optics to stalk and kill her. Of course, no on believes her.

There are some elements of The Invisible Man that I enjoyed very much. I’m a fan of the slower-paced films that aren’t in your face with jump scares and jump cuts. Those get old, tired and boring very quickly. And even though we feel that we know what’s going to happen, it doesn’t always. Even the way the scenes are staged (blocked), is a bit new. We’re not used to some of the camera angles and when it’s someone no one can see, it creates a sense of tension. In this case, it’s one that lasts for nearly the length of the film. Moss is good in her role, though I do feel that she was a bit miscast. I don’t know why, but I see Naomi Watts in her place. That’s probably just me. At any rate, the film does work and it works on a level most horror films don’t. That’s good. And so is the movie.

I found the film dark. Not just in tone, but physically dark. Even from the first scene where we meet Cecilia, the image is steeped in darkness. Thankfully Universal’s 2.39:1 HEVC 4K image has no problems handling this. A majority of the film takes place in shadows, key lights only illuminate the main character and, yes, we’re dealing with a character who isn’t “there” in the literal sense of the word. This makes a lot of room for some play, but the way the shots are framed really give this picture a unique look. The HDR gives some added depth and color dimension to some of the scenes, but it’s not as prevalent than in some other films. Flesh tones seem warm and natural, detail is spectacular as we might expect. This is what we’d expect for a day and date release of a new film.

The included Dolby Atmos mix (found on the Blu-ray as well) has a few moments where it gets to flex its muscle. But, by and large, this is a pretty standard track that plods along at a temperate pace. There’s always something going on in the background and with the suggestion that “someone might be there” we get a lot of sounds out of the rear channels that might support that theory. Vocals are strong. This isn’t one that will be remembered for the best audio mix out there. It’s good, no doubt about it, it’s just as “in your face” as others are, but it more than gets the job done.

The more I think about this one, the more it grows on me. Upon my first viewing, I found it a bit by-the-book. And after reading review after review, I found the praise lauded upon it a bit much. But as I delve more into the horror genre, there’s a new kind of horror out there – psychological. You don’t need jump scares and blood and guts to be frightened. Universal’s disc looks and sounds amazing and there’s just the right amount of extras to recommend a purchase.