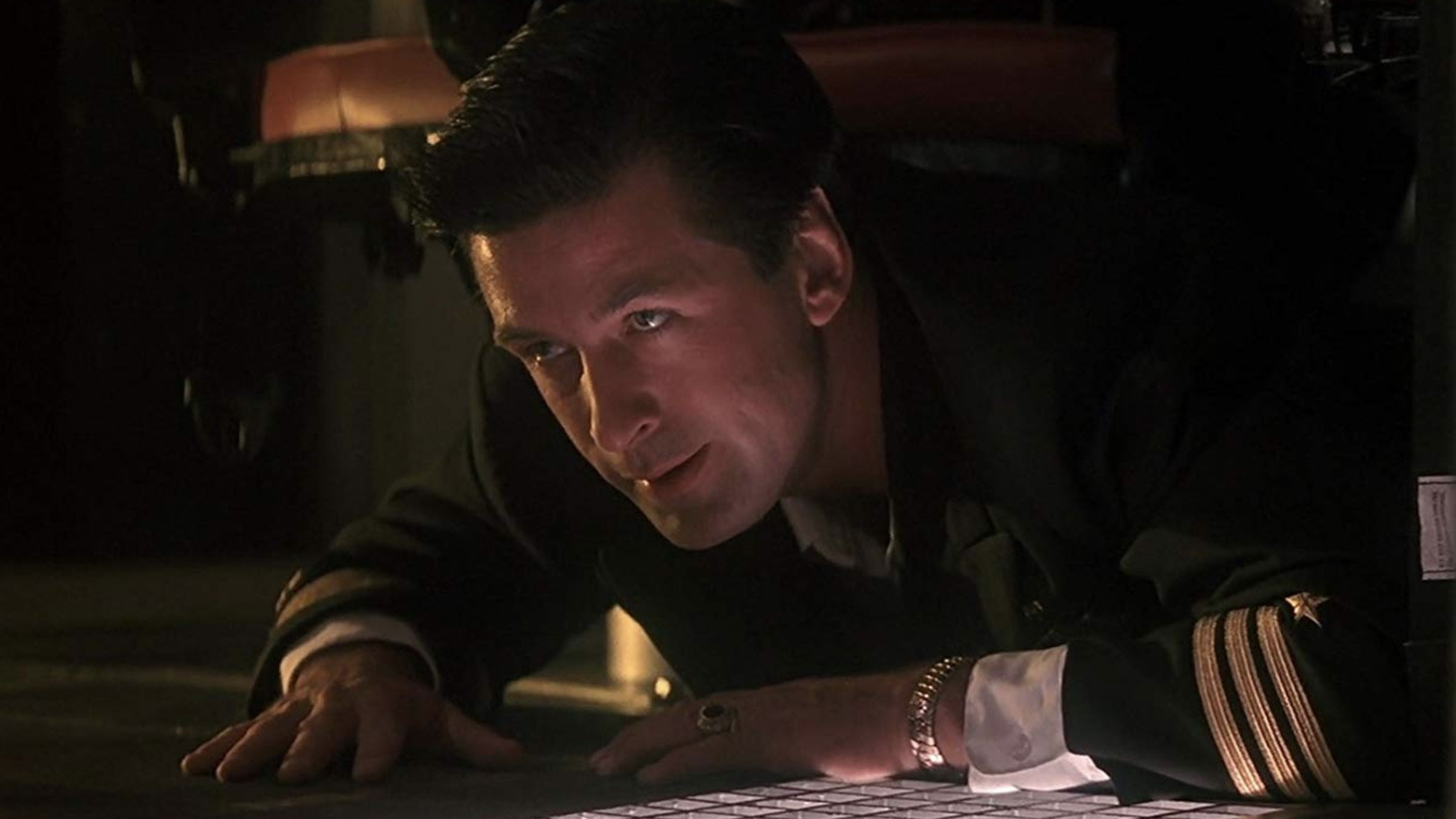 No one, but I suppose someone, knew that the series of “Jack Ryan” books would become movies. A series of movies, however, that may well have been out of the question. Ryan, originally played by Alec Baldwin, was a CIA analyst, but has lived lives larger than Indiana Jones, Luke Skywalker and Hannibal Lecter combined. Yes, even though he’s been through three actors in four movies, that’s not a bad thing at all. Director John McTiernan, fresh off his successes from Die Hard and Predator was to helm this new series of movies and he did a great job. The movie, though technical (as writer Tom Clancy wrote it) was one of the true last “Cold War” movies out there. We’d become so used to the Russians being our enemies, that we forgot that they were actually people as well. While The Hunt for Red October wasn’t the greatest movie out there, it gave rise to a new breed of hero in Jack Ryan. Ryan, the everyman, was someone who we could not only look up to, but perhaps aspire to be…

And the movie starts as we meet Captain Marko Ramius (Sean Connery). Ramius is in the Russian Army and not only a Captain, he’s in charge of training other captains of Russian submarines. There has been a new sub launched and Ramius is to be at its helm, though not to the delight of the United States. What catches Jack Ryan’s (Alec Baldwin) eye is the fact that there are some eerie vents on the sides of the sub. Dispatched to take a closer look, we find that the sub is in fact using a new type of propulsion called the “caterpillar” in that it’s nearly silent and thereby undetectable by our radar. Naturally, this doesn’t sit too well with the United States and it’s up to Ryan to save the day (for the first time). But, in a strange twist of fate, it seems that Ramius wants to defect to the United States and give the sub to us so that he may live his life a free man. How odd.

From what was one of the last “Cold War” movies, this was a thriller to the extreme. The only complaint about the film is who the true star of the film was, though. Was it Sean Connery who played an excellent Ramius or was it Alec Baldwin as Jack Ryan? The chicken and the egg might be a better argument! In any case, this is some fine work by the actors, supported by an even finer supporting cast (Sam Neill, Scott Glenn, James Earl Jones and Tim Curry to name but a few), and a tense storyline to boot. John McTiernan was in his finest form here and for good reason, as he was coming off successful movies (ain’t it funny how you tend to get good projects when you make good movies) and this one had his name written all over it. In lesser hands, I fear what might happen to this movie, though it didn’t happen and all I can say is that to watch this movie is to watch the second best of the Jack Ryan movies (sorry, but as for how great this is, Patriot Games is better), but in any case you’ll be more than satisfied.

This new 4K image is certainly an improvement over the previous Blu-ray releases. The murky underwater scenes now seem a lot sharper and more defined thanks to the new digital transfer. A majority of the movie, naturally, takes place on a submarine and the overall physical mood of the movie is a bit darker than most. That being said, the transfer pulls it off rather nicely. We get the feeling that we’re really on the sub with them and there’s no distracting artifacting or edge enhancement to throw our attention off the screen. Thanks to Dolby Vision and HDR, the image finally looks the part.

The same Dolby TrueHD mix found on the Blu-ray is also present here, so sorry folks – no Dolby Atmos mix this time around. The almost constant churning of the submarine sucks you into the movie all the more. To say that your subwoofer will get a workout during the course of this film is an understatement. Dialogue is free of distortion as well; but the majority of the sound takes place in the front speakers. Naturally, the surrounds do their part as well. During the battle scenes, the sound is amazing, all channels are humming like there’s no tomorrow.

Three decades after this, the first “Jack Ryan” movie launched, the franchise is still going strong. We’ve seen four different actors, so far, play the iconic role and this excludes the television series (as of this writing). Yes, this movie still reeks of the early 90’s “Cold War” vibe, but that’s what makes it so authentic. I’d forgotten how much I liked this film and it looks top notch in 4K.