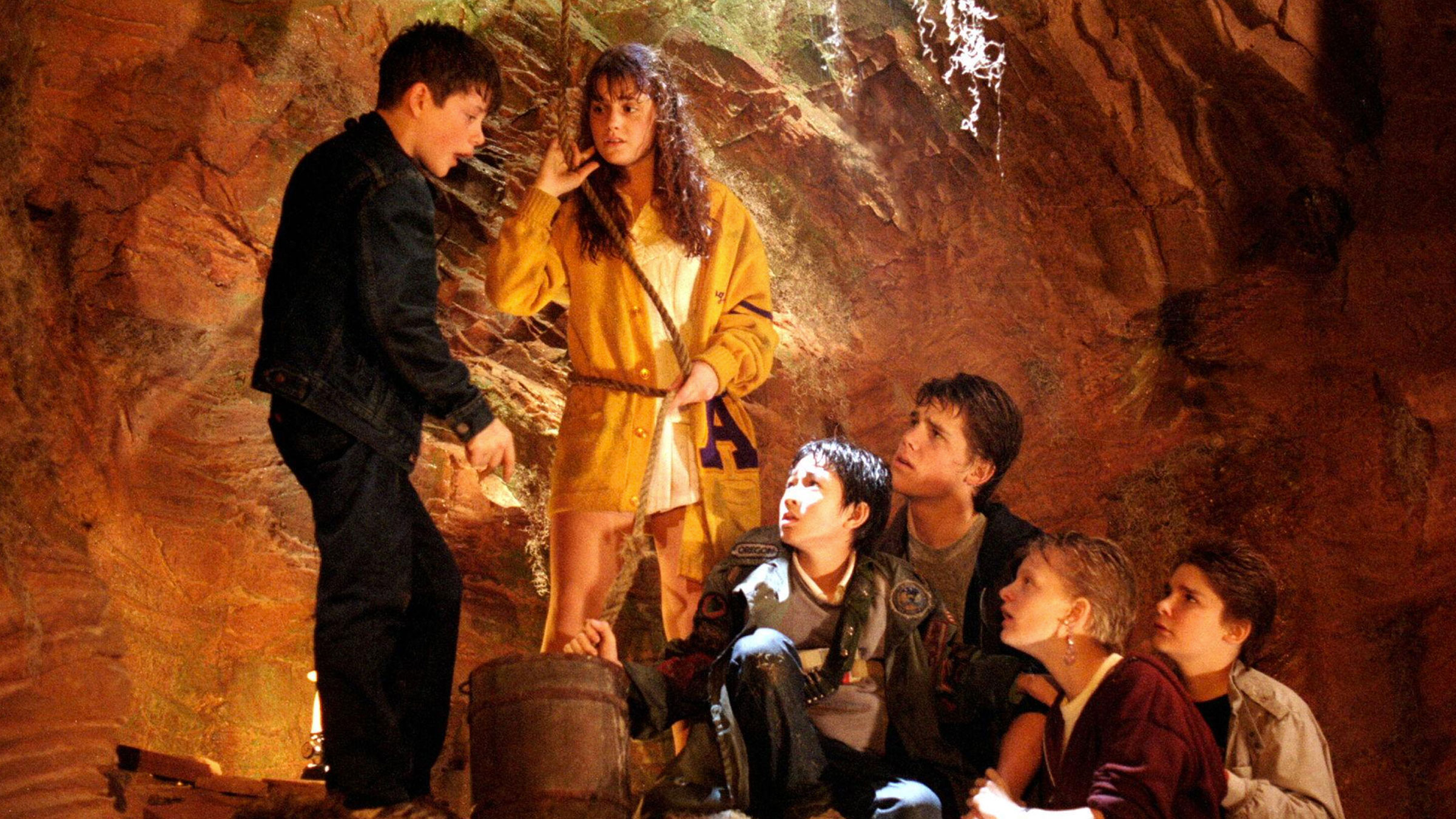 “The Goonies” was and still is, one of those movies that has been around and that everyone really seems to like. Though not the hit that movies like Indiana Jones or E.T. were, it’s amazing how many people have seen this movie and how many people have been anticipating a release on DVD. Well, the time has finally arrived and thanks to Director Richard Donner, the disc features a new anamorphic transfer and a new commentary track. But you have to wonder what makes “The Goonies” so likeable? To me, it seems to have the right blend of comedy, humor and action. The cast, a few of which went onto bigger acting careers (Josh Brolin, Sean Astin and Corey Feldman come to mind), is very diverse and though they seem very stereotypical (i.e. a fat kid, a japanese kid, ladies man etc.) they are what make the movie work. And while “The Goonies” doesn’t try to make a statement and save the world, it’s two hours of fun that you’ll have whether you’ve seen this movie a dozen times or you’re watching it for the first time. In somewhat of a throwback to earlier times, this movie is about a treasure. Nothing else. But as Richard Donner can do so well, we see that the cast tends to bond and has a lot of fun at the same time. And this, in turn, makes it very enjoyable to watch. At least for me it does.

Featuring probably one of my favorite opening scenes, “The Goonies” starts with the Fratelli brothers (Robert Davi’s ‘Jake’) escaping from prison. They then speed through the city of Astoria all to Dave Grusin’s terrific score. It’s something that words can’t really describe, but the movie hooks you early and you know you’re in for a good ride. It’s during this barrage of imagery that we meet a majority of the cast as well. We see Chunk (Jeff Cohen) at the video arcade, again very stereotypically with a shake in hand, as well as Mouth (Corey Feldman) and Andy (Kerri Green) at her cheerleading practice. But this all takes a backseat as to what the movie is really all about. You see, the more esteemed residents of the city want to build a new country club and are flushing out all of the lower class residents in the area. The Walsh’s, consisting of Mikey (Sean Astin) and Brandon (Josh Brolin) are among one of the families that are getting evicted. This is until they find a treasure map in the attic and “The Goonies” decide to chase a dream that has been chased before. Can they find buried treasure that’s been thought to be a myth? Can “The Goonies” save their house in the wee nick of time?

This wouldn’t be easy by themselves, but they manage to stumble into the Fratelli’s, led by their mother (Anne Ramsey, best known for her part here and as Danny DeVito’s mother in Throw Momma From the Train). The Fratelli’s, being crooks, decide that they want a part of the action and make the chase for One Eyed Willy’s gold a bit more difficult than originally expected. In between all of this mess we are led on a couple of sub plots, but getting there is half the fun and it’s not before long that we meet a mutated beast of a brother kept chained in a cellar and more tricks and traps than you can shake a stick at. “The Goonies” (and this will sound corny) is truly a great time and fun to watch. I personally think it’s one of Donner’s best efforts, right up there with “Maverick” and “Superman.” You can tell they had fun doing the movie and it’s a sheer pleasure to watch.

This is the first foray into 4K land for The Goonies and it’s an improvement over the now decade-old transfer that the previous Blu-ray sported. That said, I felt that this has always looked decent on any format. Colors are a bit on the darker side, but then again a majority of the movie takes place underground so it lends itself to a darker palette. Flesh tones also seem a little more balanced, though the exterior shots are mostly under overcast skies so there’s a bit of leeway. Detail has been improved a notch and if you’ve never seen Sloth in 4K well your wait is over. Black levels are right on the money and contrast is as well. The film is now 35 years old and it’s simply never looked better.

The included Blu-ray still carries the Dolby TrueHD track with it, but the new 4K disc sports a DTS HD Master Audio mix that ups the ante a bit. And, like the video, the audio this film has always been pretty good (or at least that I can recall). Dialogue is crisp, the surrounds are active in certain scenes, the pipes shaking towards the beginning of the movie really caught me off guard. The opening song by Cyndi Lauper sounds as good as it ever has and the ending battle scene does as well. For a movie that’s a quarter of a century old, I was heartily impressed as sonics have been improved. While this doesn’t hold a candle to some of the newer films, The Goonies is certainly “good enough.”

Warner’s 4K offering of The Goonies has a slew of extras, but they’re the same from the previous Blu-ray set. And that’s where you’ll have to find them, nothing (not even the commentary) made the cut for the 4K disc.

The Goonies stands as one of the most iconic movies of the 1980’s. I can still remember sitting in the theater and watching it for the first time. Recently, my wife and I sat down and watched it (she’d never seen it). I loved it. She wasn’t too impressed, but that’s the thing with movies – it’s not always about the content of the film, but the time in your life when you first experienced them. This is a great addition to any 4K collection.