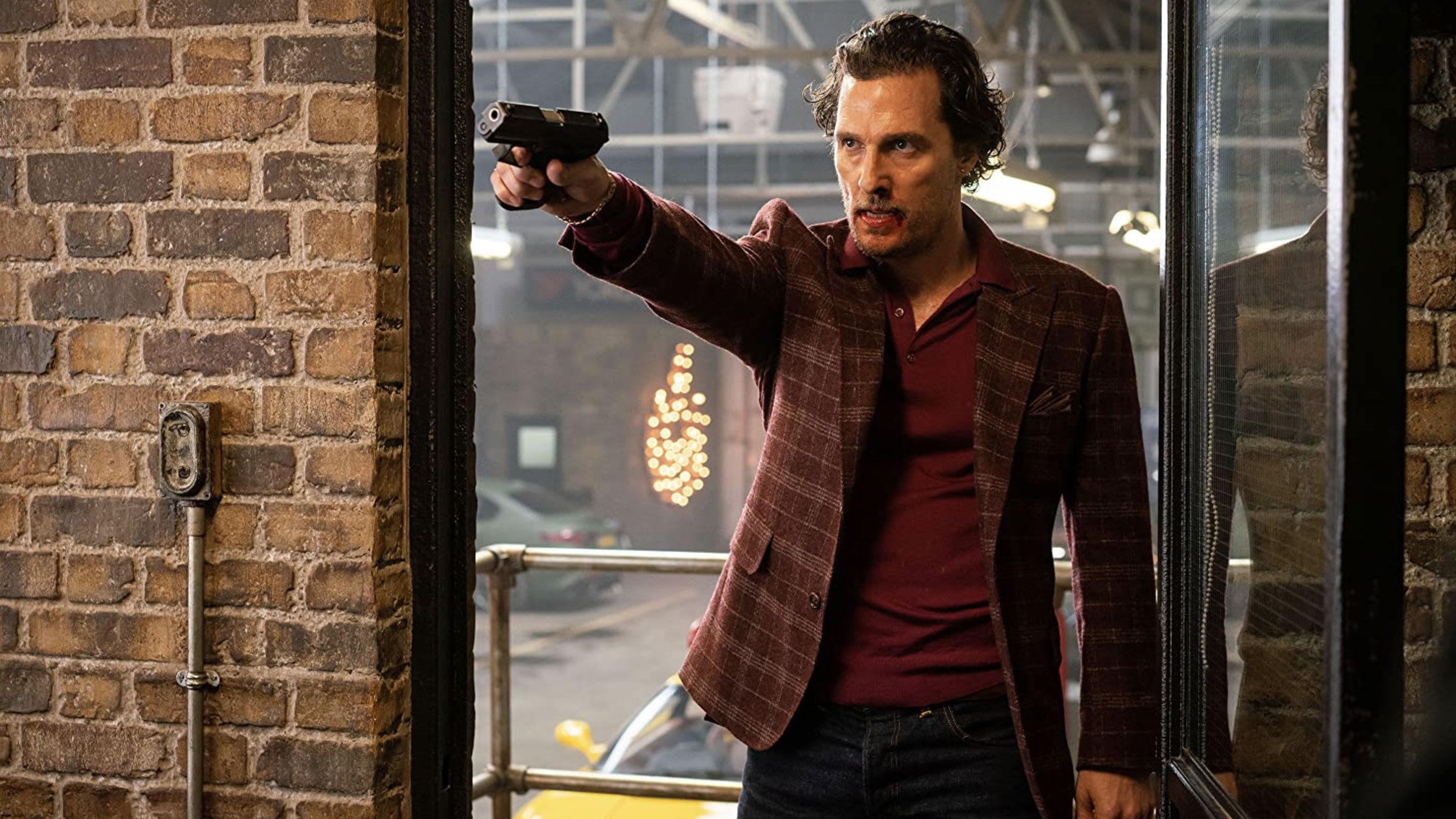 Guy Ritchie burst on the scene in 1998 with Lock, Stock and Two Smoking Barrels. It was followed shortly thereafter by Snatch, featuring a more diverse ensemble cast including Brad Pitt, fresh off his work in Fight Club. Things were going well for Ritchie. He even married Madonna. And then things weren’t going so well. After a string of failures (Swept Away, anyone?) he directed a few films worth note, namely RocknRolla and the two Sherlock Holmes films. But recent efforts with films like King Arthur took the wind out of his sails. And yes, the 2019 live-action version of Aladdin did gross a billion dollars, but let’s face it – getting asked to direct that film was the equivalent of being thrown a hanging curve with the bases loaded. Success was a sure thing. With The Gentlemen, Ritchie went back to his roots. He went back to the films that people liked and has given the audience what they wanted.

Mickey Pearson (Matthew McConaughey) has had great success as a drug dealer. Pot is his game and he and his wife (Michelle Dockery) have decided it’s time to sell the business and live the life of luxury. Mickey is in talks with an American investor (Jeremy Strong), though the fact that he’s willing to sell is taken as a sign of weakness by his competition. This opens the door for “Dry Eye” (Henry Golding), an ambitious Chinese gangster looking to expand his share of London’s drug scene. It also attracts the attention of Spencer (Hugh Grant), a sleazy investigator who also narrates the story in flashback to Mickey’s right-hand man, Matthew (Charlie Hunnam). We follow these threads, in typical Ritchie non-linear fashion, as we learn Mickey’s history. Also included is Collin Farrell’s “Coach” who lounges around in the ugliest track suits that we’ve ever seen.

Fans of Ritchie’s late 90’s work will be right at home. This certainly harkens back to those two films and puts a bit of a twist on things. The cast is stellar and certainly there’s charisma to burn. And as good as Matthew McConaughey is, it’s really Hugh Grant that steals the show with his performance. He relishes it. And he’s having fun with it. It shows. The film isn’t for the feign of heart, either. There’s gratuitous violence, profane language throughout and racial and ethnic slurs that were new to even me. And maybe that’s part of the fun? It was for me. Hopefully Ritchie has taken a cue from the critical and commercial success of The Gentlemen. One can hope.

I had no doubt that when putting the 4K disc in the player, it would look amazing. And I wasn’t wrong. Universal’s 2.39:1 HEVC 4K is simply beautiful in every respect. What stood out to me were the outfits. I could make out the intricate details in clothes, facial hair and even the backgrounds. Ritchie’s films, even the bad ones, have a certain visual style associated with them and seeing the movie in 4K really brings out the best in the picture. Granted, the HDR does improve the color spectrum and gives us deeper, more rich blacks but even without it (the Blu-ray), the film really shines.

Not to be outdone, the included Dolby Atmos soundtrack is also included on the Blu-ray. The soundtrack sizzles, vocals are clear as day and the the atmospheric effects bounce off every wall in your home theater. One thing that took me was how effective and how active the LFE are. Yes, there are a lot of “booms” and “thuds” in this film and they all served to make this one of the more exciting tracks I’ve heard in awhile. The action onscreen is complimented by this amazing-sounding Atmos track.

All of the supplements are located on the 4K as well as the Blu-ray. The back of the box makes a big deal about these being shown in full 4K if that matters.

It may be a bit premature to claim that “Guy Ritchie is back!” but movies like this are certainly a step in the right direction. He’s got talent and with The Gentlemen, has shown that he can still assemble an amazing cast and an entertaining film. Universal’s 4K disc is nothing short of perfection in every respect.