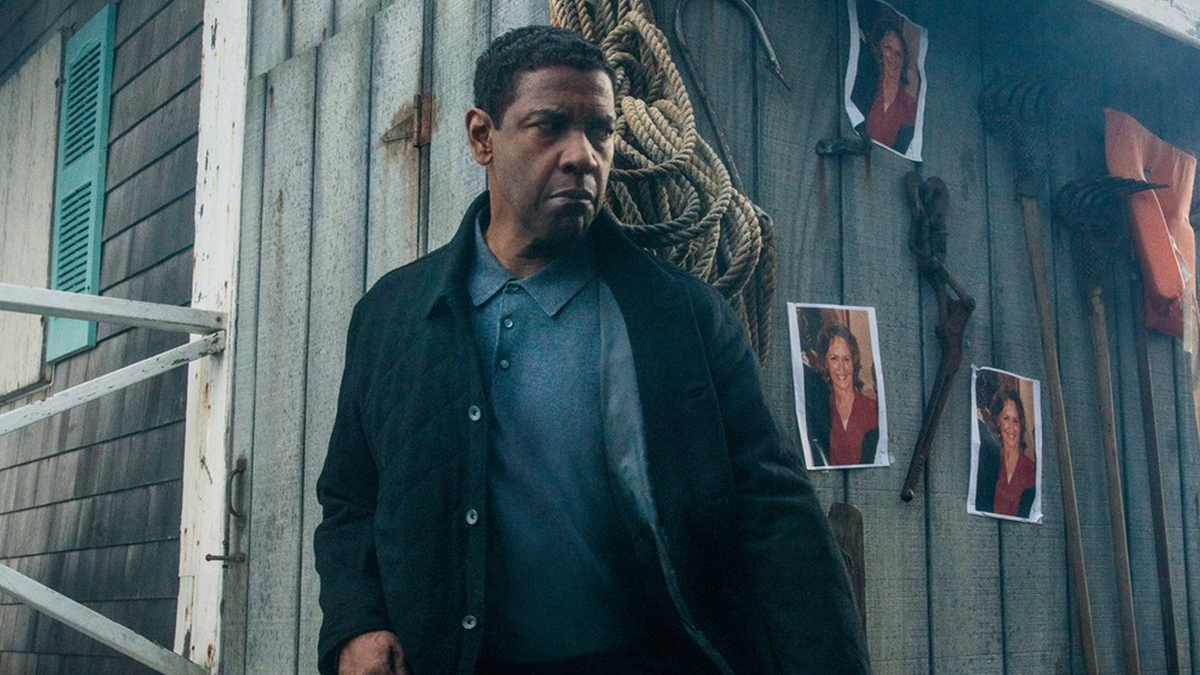 Something of a sleeper hit in 2014, I don’t think many wanted or expected an Equalizer sequel, but money talks. I’m a fan of Denzel Washington and while I enjoyed the original film overall, seeing it once was more than enough for me. One thing that bothered me was the climax which felt like something left out of a Home Alone movie. Washington’s McCall was basically a superhero who could avoid bullets left and right and always had the upper hand. This is something you can get away with sometimes, but in this second outing, one can see the cracks starting to show. Much like the Jack Reacher sequel, I felt that this one really missed the mark. Not to mention that it can feel like a direct to video film at times. Take away Washington and it would most definitely be.

Robert McCall (Washington) is now living in urban Massachusetts where he’s a Lyft driver of all things. We get an opening sequence on a train where he’s in disguise, taking out some bad guys like he does often. A friend of McCall’s is murdered in what looks like a robbery, but McCall (as he often does) takes matters into his own hands to investigate things. Melissa Leo plays his friend, but her role is rather forgettable and an excuse to give McCall something to do. There are more doors that open up as McCall’s investigation furthers, but it’s all pretty standard and predictable stuff. These films have always tried to get us to emphasize a bit with McCall by showing that, while he may murder people left and right, they’re all scumbags and he’s just taking out the trash, so to speak. There’s a local thug that he tries to help by having him paint and help erase graffiti. It’s really not needed and only slows the film down more. Actually, pacing becomes a big problem here as the film never gains momentum. It takes its time getting to things. One of the elements I loved about the first film was the villain, Teddy played by Marton Csokas. He was such a good adversary to McCall, but this film doesn’t have that worthy opponent. By the time it reaches its climax, you might be more relieved that it’s over rather than craving a third chapter. I know I was.

Antoine Fuqua returns as director here, but if/when a third film is made, they really need a fresh angle. One thing about this film is that a lot of what happens has nothing to do with the plot itself. The opening sequence is a throwaway. A hotel scene where McCall attacks a roomful of businessmen doesn’t progress the plot either. That’s the biggest issue: this just feels unnecessary. The film has no energy to it. The action scenes go through the motions and Washington’s charisma can only take it so far. Equalizer 2becomes a boring chore to sit through.

I’ve said it before and because I’m at a loss for original content, I’ll say it again – Sony makes the best-looking Ultra HD 4K Blu-ray’s out there. That’s a fact. The Equalizer 2 is no exception with the 2.39:1 HEVC 4K image looking just short of perfection. The raw, gritty image benefits, only slightly, from the HDR that gives some of the scenes a bit more contrast and depth. Colors are generally on the more bland side, but this is by design. Overall sharpness, clarity and detail (three sides of the same coin, essentially) all look great and are consistent with a new to the format film. The Blu-ray certainly looks the part too, so either way you go it’ll be a rewarding experience.

The included Blu-ray offers a very nice-sounding DTS HD Master Audio 7.1 soundtrack. Yep, that’s eight speakers of action, gunfire and Denzel dialogue. Top that! It’s a rich, full experience that really takes advantage of the breadth of your home theater. This is dialed up a notch with the Dolby Atmos track found on the 4K version which takes the overall experience and amps it up a bit. It’s not a night and day difference by any means, but playing the two soundtracks back to back you can tell during some selected scenes. Not that anyone would do that. Suffice it to say, like the video, whichever audio mix you opt for will leave you amply satisfied.

I’ll admit that I was never the biggest fan of the first Equalizer, but it looks like a masterpiece compared to this one. The pacing is off, plot weak and there isn’t a worthy opponent for McCall to face off against. Instead, he walks around like a superhero and I just stopped caring. This one is a real dud.