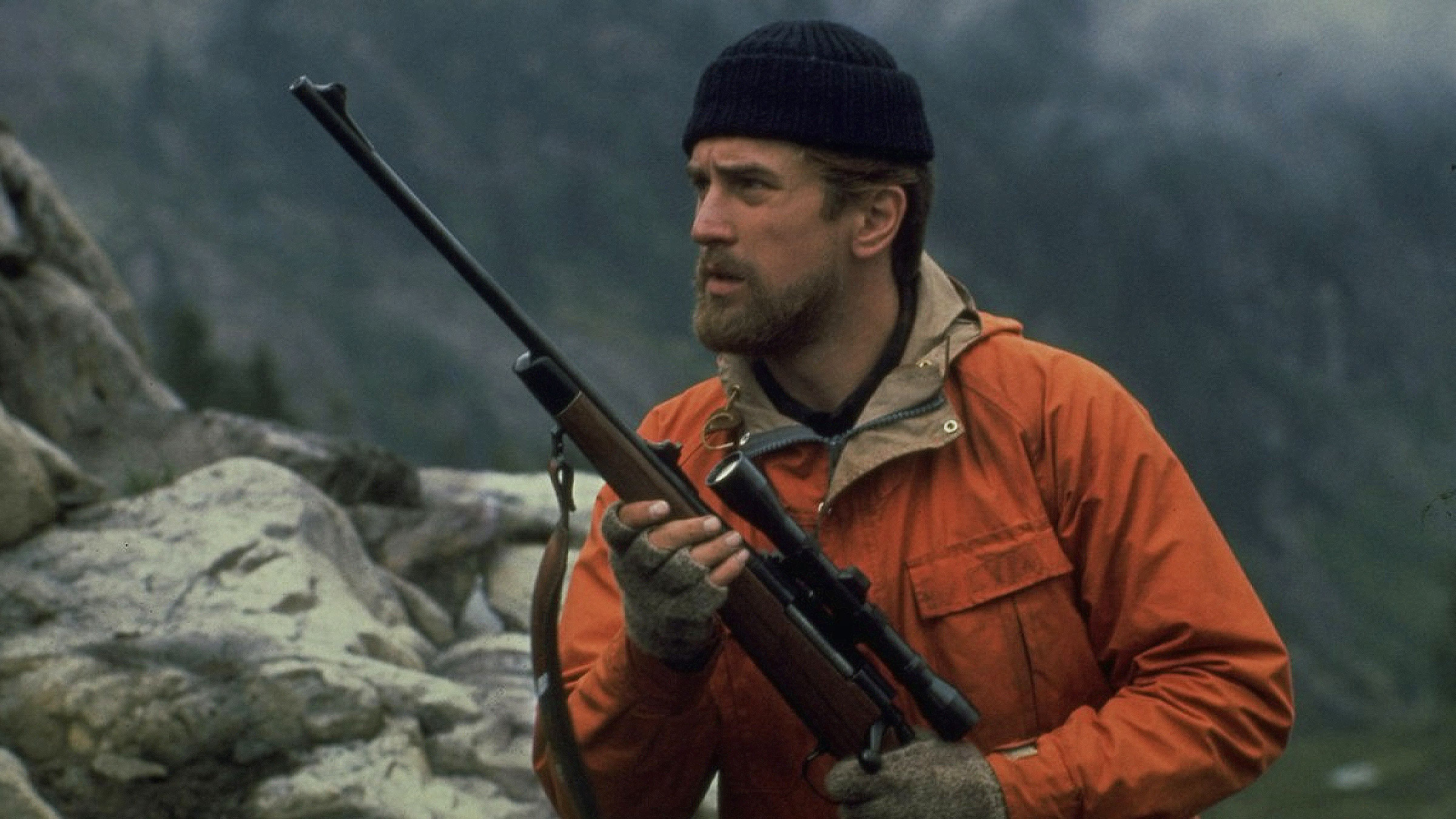 I’m willing to bet that no one will start off a review of The Deer Hunter like this, but here goes. I’ve got a funny story about this film. I was in high school and my English teacher gave us an extra credit assignment. Not being one to ever do extra credit, my eyes lit up when I saw it was movie-based. We were to identify the film that the poem “To an Athlete Dying Young” appeared in and it was limited to movies that won Best Picture. This was in 1988, so there were a lot less films to choose from and there was no internet. I went down the list that I’d seen and had it narrowed down to just a few. I was convinced that it was The Deer Hunter. So a friend and I rented it on VHS, yes VHS and watched all 183 minutes. Nothing. I didn’t have it in me to watch any of the others, so my teacher still gave me credit for trying. The answer, if anyone is curious, was Out of Africa. Oddly a film I’ve still not seen, but I wasn’t too far off as both starred Meryl Streep. At any rate, let’s get started.

Meet Steven (John Savage), Nick (Christopher Walken) and Mike (Robert DeNiro). They are part of a group of friends that gather together for the marriage of Steven and Angela (Rutanya Alda). At the same time, all three counterparts are due to report for duty in the Vietnam war a few days after. Nick sees the little parts but Mike seems to have a grip on the big picture and their wills are tested both during the way and the aftermath where their destiny will prove to be shocking and put in perspective.

The performances in this film are all top notch in this ensemble. Robert DeNiro plays Mike as a man that sees a lot but his vision is put to the test once on the battleground with almost no end in sight. Christopher Walken is Nick who has some idea of what Mike always talks about but is torn between being led to the dark side and remembering the past that he left behind. John Savage plays Nick as a man who loves the woman he’s marrying but thanks to the war gets less than he bargained for,especially when an unexpected visitor comes in his path.

There are Best Picture films that stand the test of time and there are those that are forgotten about a few years later. This is one of the former. It’s not an easy film to watch and I have to imagine that anyone who’d served in Vietnam might still have a difficult time viewing it. My Dad missed going by a few months and had that happened, I can safely say that I’d not be typing these words.

If I have my facts straight, this is the first 4K offering by Shout!Factory. And I have to say that they knocked it out of the park. Vilmos Zsigmond’s cinematography captures the look of mountains, battlefield and local town in this 2.39:1 HEVC 4K transfer. The film has had a UK 4K release for a few years now, but this is the first time we’ve seen it stateside. Though the film has an overall dark and tonal nature to it, it seems to be a lot more stable when it comes to the image quality. It’s not overly bright, however. I found the use of HDR to give a lot of the darker scenes a bit more depth and detail. Detail has also been improved since the previous Blu-ray. There’s nothing to dislike with the way this looks on 4K – it’s a new standard for the film.

The same DTS HD Master Audio track that appeared on the previously-released Blu-ray is also present here. There are two versions of Stanley Myers’ score which has never sounded so beautiful as it brought a weepy eye to this viewer. As well as that there are the great sound effects which even though they are slightly muted because of age, they still provide effective results as the gunshots from “the game” get louder and louder as the film progresses and the helicopter sounds noisy enough that not a hint of dialogue can be made out to give the effect of being right there. This isn’t perfect, not by any means, I found the audio to be a bit on the muffled side on more than one occasion, but all things considered – this is the best this has ever sounded.

The Deer Hunter is, has been and most likely always will be on of America’s great films. It’s not an easy one to watch, however. Clocking in at just over three hours, it’s a commitment. And the subject matter isn’t exactly uplifting. Still, it demands to be seen at least once. Shout!Factory’s new 4K offering is the de-facto disc for fans of the film offering superior video and audio and adding a bevy of new supplements. Highly recommended.