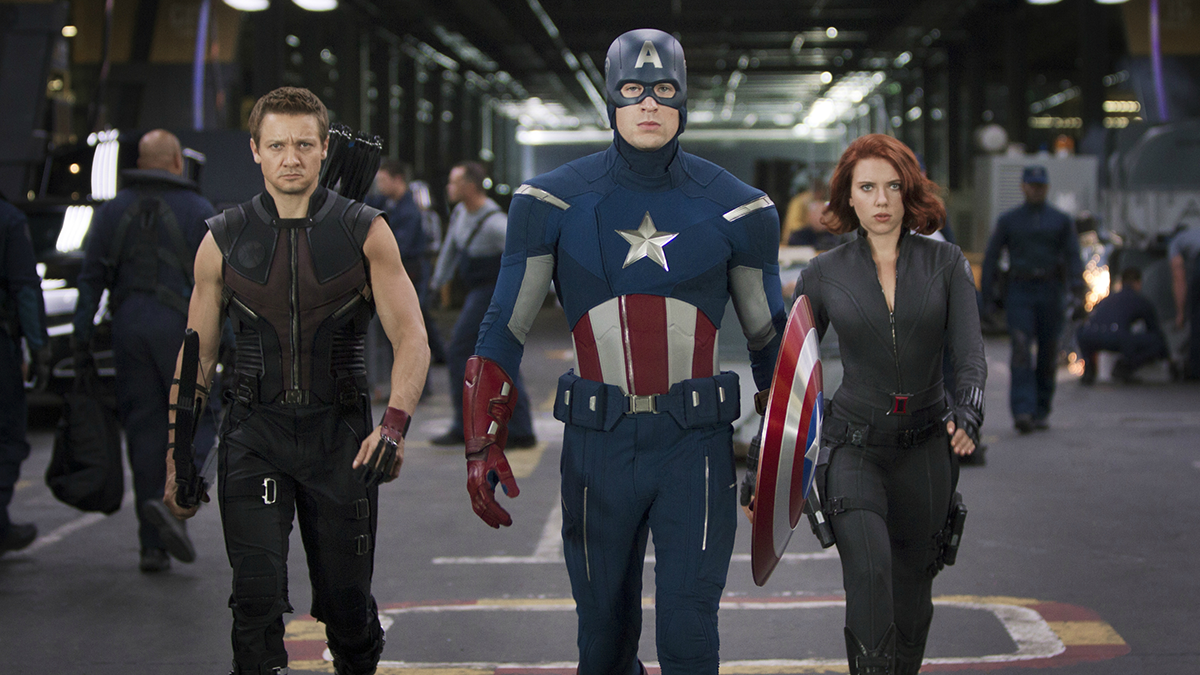 Well, here it is, folks: a review that may well be the most pointless exercise of my short-lived journalistic career.  Sure, there are films you don’t feel particularly compelled to totally recount in your reviews, but in the case of The Avengers, the question “what’s the point?” simply can’t help but be raised.  I still remember talking with a friend of mine the weekend before all hell broke loose and this behemoth began devouring box office records as if they were candy.  I made the (I thought bold) prediction that The Avengers would be the first film in history to crack $200 million in its first weekend.  He contemplatively shook his head, guessed it was possible, and said “well, we’ll see”.  But I already knew.  I knew because I’d been to the cons.  I’d read the blogs and seen the tweets from a comic book and science fiction and even television community that was collectively and increasingly geeking out in a way that perhaps it never had.  The Marvel brand had played its cards absolutely beautifully.  They’d strung together a series of lead-in films that were pretty much all terrific popcorn entertainment, and a few that were actually very strong films in their own right.  But somehow there didn’t seem to be a truly rotten apple in the bunch.  It was all building to something more, something larger, something more amazing than anything we could possibly anticipate.  If all this sounds a bit hyperbolic, it’s only because we’re all lying now at the bottom of the ruins left by the crashing wave that reached its greatest crest of sci-fi geek anticipatory glee last summer.  This was truly the “Summer of Batman” for a new generation.

We can all look back now with 20/20 hindsight and see just how genius the marketing strategy for The Avengers was.  This was the ultimate long con, played on an audience increasingly caught up in immediate and ever-emptier cinematic gratification.  With “The Incredible Hulk”, “Iron Man”, “Captain America” and “Thor”, each of these heroes were thrust back into contemporary, mainstream pop culture in a way that, looking back now, seems almost effortless and inevitable.  Even if you hadn’t seen one of these films, you were of course aware of each of them.  You didn’t need to see “Captain America” to know who Captain America was.  But you knew there was a movie out there about him, and you knew it was a big deal.  And that fact alone made the character socially relevant again.  Even people who weren’t really paying much attention sensed the surging tide of superhero films at large, and it was simply unstoppable.  That trend wasn’t going anywhere, and people were more than interested in where this was all headed.  The sole question left was just how amazing this movie that it was all building toward would have to be.  As anticipation grew linearly, expectations seemed to heighten exponentially.  Nothing could pay off the carrot that Marvel had dared dangle for so long.  Nothing could possibly please nearly everyone at this point.  The stakes had been raised to stratospheric levels.  Pulling this off was going to take nothing even an inch short of a miracle.

The Avengers was a miracle.  It certainly wasn’t the smartest blockbuster of the summer, it didn’t carry the substantive weight of the truly great achievements in comic book movies like “The Dark Knight”, and it wasn’t even ashamed enough about being a comic book superhero movie to ground itself in neo-noir, gritty realism.  And the fans ate it up.  Then they came back for seconds.  Finally, here was a comic book film made for comic book fans that made absolutely no excuses for what it was.  It relished in being colorful, light, bombastic, and in throwing everything but the kitchen sink at you in an audacious attempt to shake you from your apathy at seeing too many sinks in too many other blockbusters.  I sat in that theater opening weekend with the biggest smile plastered across my face I can ever remember having at the movies.  Somehow, every character got their chance to shine, with no one being particularly short-changed.  Somehow, the writing was sharp and the action rousing.  Somehow, it all came together and we were given one of the best, most crowd-pleasing pieces of entertainment I’d ever seen.  It was the kind of movie that was so much darned fun to watch that you simply had to go tell everyone you knew about it and drag them back to share the experience to prove to yourself that you weren’t crazy.  Would they react as positively as you had?  Would they laugh at the same moments?  Would they think the same things were awesome?  Well the rest, as they say, was history…and a truckload of money in the bank.  And while the younger generation would soon be watching the film, mouths agape with wonder, it was we aging geeks everywhere around the world, staring up at the magic brought so fantastically back to the big screen who knew the truth.  Our hero wasn’t any one of The Avengers.  It was Joss Whedon.

The Avengers finds its way to the Ultra HD/4K format sporting a 1.78:1 HEVC transfer that’s nothing short of amazing.  Having said that, the film simply embodies anything and everything that can be associated with an outstanding image.  The detail is second to none, contrast and black levels are rock solid, obviously there are a lot of CGI shots and all look down right amazing.  So what’s the catch?  There isn’t one.  If you’re looking for a movie to put in your player and show whoever happens to be watching an outstanding picture – look no further. Additionally, the inclusion of HDR has given a bit more “pop” to the film as can/should be expected for anything on the 4K format. This is one good-looking movie.

The previously-released DTS HD Master Audio sound mix has been usurped by the new Dolby Atmos mix. It is the epitome of what an uncompressed soundtrack should (and does) sound like.  Simply put, it just blows you away.  Do you have a subwoofer?  Yes?  Good.  No?  Go buy one.  The LFE are so active in this movie you’re doing yourself an injustice is your room doesn’t shake.  Vocals, for what they’re worth, sound clear and precise.  Surrounds are so ridiculously active that I don’t think I ever heard them stop humming.  Bangs, booms and everything in between are covered here and I’m probably running out of things to say that exemplify how good this soundtrack is.  Granted, it does suffer, a bit, from the “Disney mix” in that it’s a bit shallow and never quite seems to reach its full potential in some areas. That’s me being nit-pickcy, though. Sit back, relax and enjoy it.

While the Ultra HD disc contains no supplements, the included Blu-ray carries over all of the supplements from the previously-released disc. Nothing new has been added, of course.

The Avengers showed the world that the Marvel Cinematic Universe was here and here to stay. Even at that point in time, there was no stopping the MCU. Since its release we’ve now been treated to two other Avengers movies (with more on the way). This 4K release was wisely released with The Avengers: Infinity War, but for those that want and/need a 4K counterpart to all their MCU films – you’re one step closer.