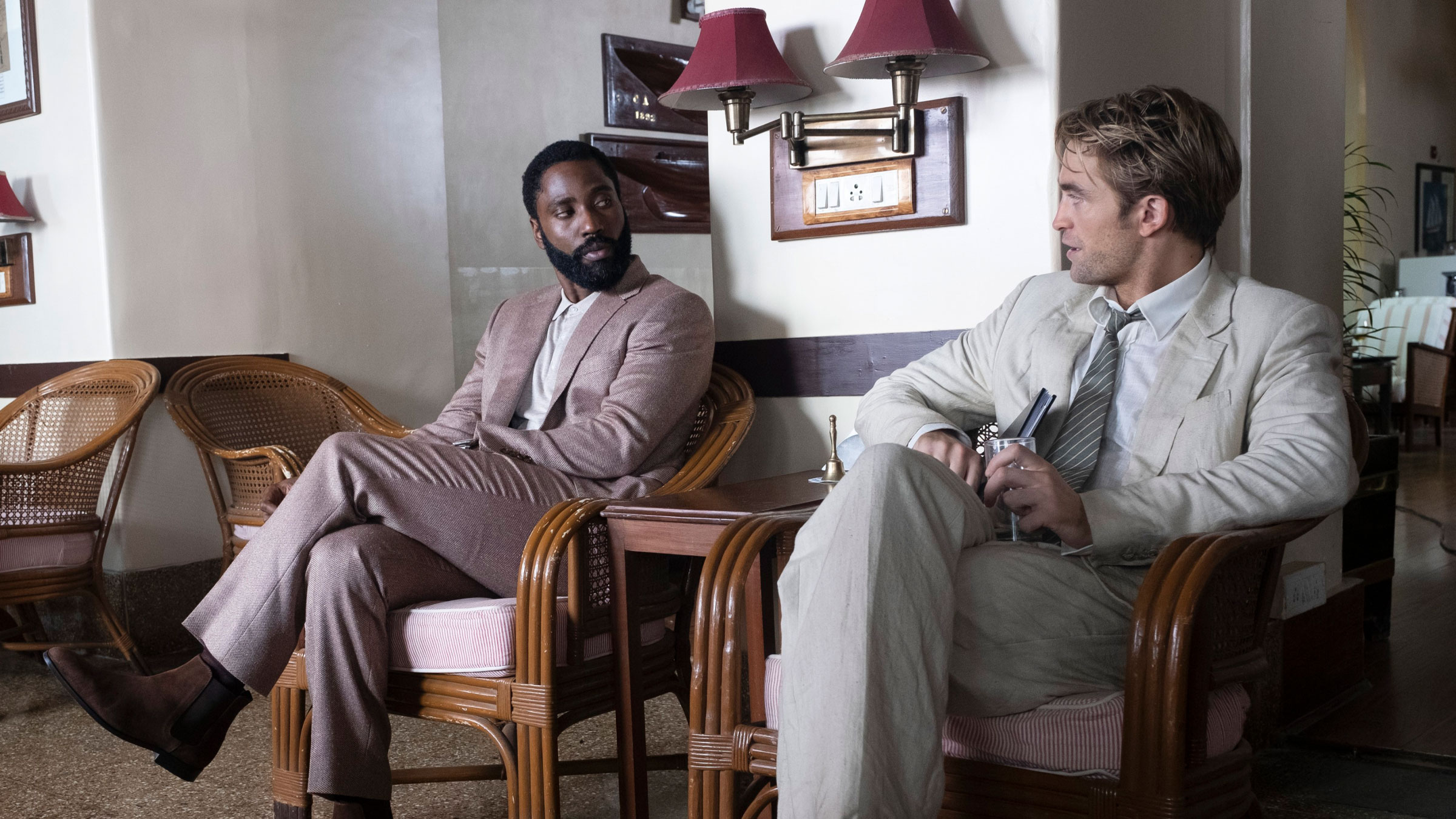 Is Christopher Nolan the modern-day Stanley Kubrick? He might be. I’ve been a fan of Nolan’s movies since 2000’s Memento. It was smart. It got you thinking and that’s something that this movie-love likes. Don’t we all? Granted, what really put Nolan on the map was his Dark Knight trilogy. It started in 2005 with Batman Begins, The Dark Knight was even better and it wrapped with The Dark Knight Rises. Suffice it to say that anything and everything Batman would be compared to this trio of films (and, wouldn’t you know it, we’ve had several other Batman films since). But perhaps his greatest film (so far) was 2010’s Inception. That and I’m a big fan of Leonardo DiCaprio. A few years later it was followed by Interstellar and I wasn’t a fan of Dunkirk. This leads us to the palindrome in question – Tenet. It’s just one word. How harmful could it actually be? Let’s find out.

We meet “The Protagonist” after he’s been drafted in to a special mission. The opening sequence sets this up. Someone has gotten control of technology that has the ability to invert objects. The premise behind all of this is that there’s a parallel dimension in which everything runs backwards. By inverting items or even people, things or events can be altered or even undone all together. There’s more to it than that, however. The job of the Protagonist is to find the person who had mined this capability and stop them. Assisting him is Neil (Robert Pattinson), a well-connected British man who’s associations are a bit sketchy. The duo are then led to an arms dealer in Mumbai and then to Kat (Elizabeth Debicki), the wife of a Russian oligarch – Andrei Sator (Kenneth Branagh). He’s the one they’re really after and need to convince Kat to arrange a meeting. After that…things get difficult.

That’s the film from a bird’s eye view. And I deliberately glossed over some points contained within. As we might expect with a Nolan film, it’s smart. It’s well written, acted and so on. No expense has been spared. The man sold an original screenplay to Warner and got a $200 million budget. Things like that don’t just happen. I’ve read other reviews and they claim that, upon subsequent viewings, that everything will “click” and once that happens – this film is amazing. I don’t really have the time or inclination to watch this film two more times. But that’s the problem with Tenet – its hook is also its greatest deteremint. The cast is top notch. John David Washington (yes, Denzel’s son) carries the film, but not to be overlooked is Robert Pattinson. Yes, the one-time Harry Potter star has actually managed to carve out a nice career for himself, even after the Twilight films. Kenneth Branagh, of course, is always reliable. Fans of Nolan will have already watched this. And it’s not bad – just confusing. Give it a shot. If not, there are other films in Nolan’s pantheon to choose from.

Christopher Nolan’s films look good. Very good. And this, like some of his other films, was made to be shown on IMAX screens as well as a more traditional HDTV screen. That said, the alternating aspect ratios of 2.20:1 and 1.78:1 happen so seamlessly, it might confuse the viewer. Then again, so to will the film. Aspect ratios aside, there’s nothing that I could find to express how I feel about the way this looks. Simply put, it’s perfect in every way. It’s flawless. Colors are spot on (and Nolan’s D.P. uses every color in the spectrum), detail is off the charts and the addition of HDR gives the 4K version that extra push (then again the Blu-ray, also included, looks spectacular as well). I can go on, but there’s no need – this one is reference-quality.

While the title might seem ripe for a Dolby Atmos soundtrack, there’s not one. Evidently Christopher Nolan prefers a more standard DTS HD Master Audio mix as his favorite. Ok, that’s fine. It’s not like that what we’ve got is lacking in any way, shape or form. That said, get ready for your sub to have itself a workout. It’s active, I tell ya! Dialogue is crystal clear, surround effects utilize the channels with the utmost accuracy and the front stage offers strong and confident bursts to keep everything balanced. The LFE do play a big part in the film, notably just to let you know when things go…well I won’t give it away. Suffice it to say that the viewer will be more than satisfied.

The three disc set has a dedicated Blu-ray for the supplemental material.

No doubt Tenet is a polarizing film. Not the subject matter, rather the comprehension (or lack thereof) of the film’s plot. Nolan is a talented filmmaker and while this isn’t as highly-regarded as some of this other films, this one didn’t quite do it. It’s smart. Perhaps a bit too smart. Still, fans of the director will no doubt add this to their collection. Warner’s 4K disc pulls no punches with reference-quality video and audio. The supplements are worth a viewing as well.